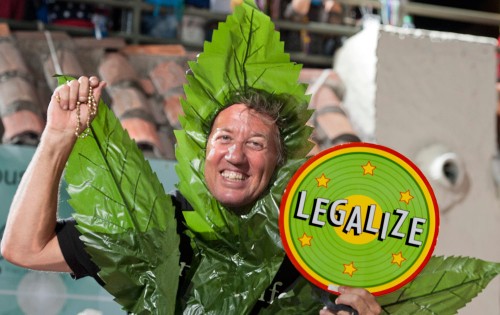 The majority of Americans support the legalization of marijuana, according to the latest poll.

The percentage of Americans who support marijuana legalization rose four points to 52 percent from when YouGov last asked the same question back in March 2015.

More than half of adults under the age of 65 support legalization but there is still strong opposition from those aged 65 and over. Democrats were overwhelmingly in favor of a more relaxed position on cannabis, with 66 percent supporting an end to prohibition.

This contrasted starkly with Republicans, with just over a third of GOP supporters supporting legalization. Around half of independent voters sided with legalization. 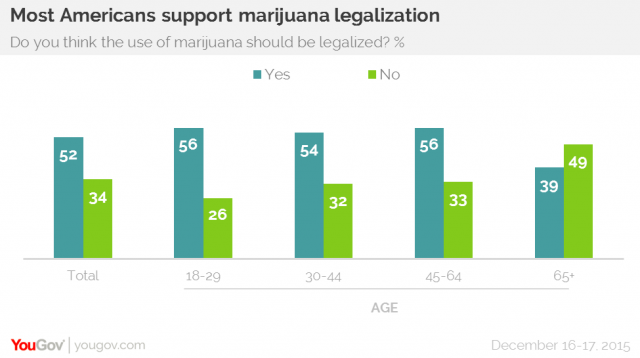 While support for full legalization commanded the backing of a little over half the country, a massive majority agreed that government efforts to enforce marijuana laws were costing more than they’re worth.

66 percent of those polled said the attempt to enforce the country’s marijuana laws cost more than it’s worth, with just 14 percent disagreeing.

The US records much support for marijuana legalization than comparable countries in western Europe such as Germany or the United Kingdom. Brits oppose loosening marijuana laws by 49 percent to 32 percent and Germany opposes legalization by 45 to 39 percent.

Brits oppose loosening marijuana laws by 49 percent to 32 percent and Germany opposes legalization by 45 to 39 percent. (RELATED: Did Marijuana Just Get Its Presidential Candidate?) 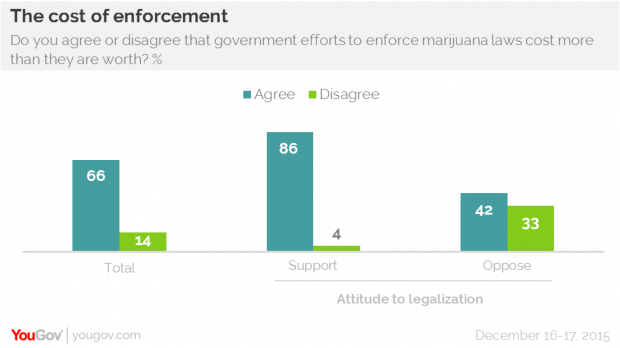 Four states have legalized marijuana for recreational use including Alaska, Colorado, Washington and Oregon and the District of Columbia.
On Jan. 7, New York became the latest state to open medical marijuana dispensaries, 18 months after Governor Andrew Cuomo signed a bill legalizing the substance for medical use.

’13 Hours’ is a Damning Indictment of Obama’s Foreign Policy