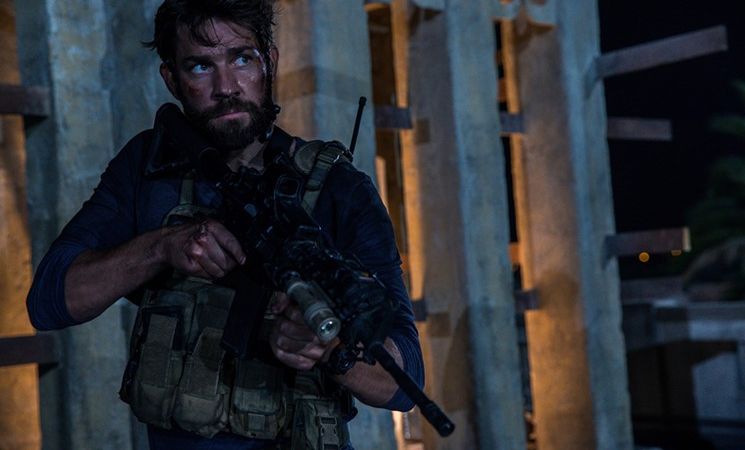 13 Hours: The Secret Soldiers of Benghazi is an unsettling lesson in military adventurism and a damning indictment of the Obama administration’s foreign policy.

The film follows a group of military contractors, including two former Navy SEALs, as they employ security for CIA agents in Benghazi, Libya, arranging to buy arms from unsavory groups in order to get them off the black market. When Ambassador Chris Stevens comes to Benghazi, the contractors are tasked with driving him.

Throughout the beginning of the film the volatility of Benghazi is evident. In the film, the Ambassador himself as well as several security personnel remark that the embassy is not secure. In reality, multiple requests for additional security were ignored by Hillary Clinton’s State Department.

The film shows the group of Americans’ growing concerns as heavy grade munitions flood the streets, with various militias reaping the benefits.

Ambassador Stevens’ presence had become known, and on September 11th, 2012, militias coordinated an attack on our embassy with the purpose of capturing him.

13 Hours chronicles the contractors who, when no one else was available, ignored their orders and went into the chaos to aid their fellow Americans. Doing so lead the same militias to launch multiple attacks on the CIA compound where the contractors were stationed. For 13 hours these men held off wave after wave of attack, defending more than two dozen CIA employees inside.

The entire film is an indictment against the Obama administration’s foreign policy. The most poignant scene is between battles, when the main character Jack talks about what his daughter will think of him if he were to die in Libya.

“He died in a place he didn’t need to be, in a battle he doesn’t understand, in a country that doesn’t mean nothing to him.”

This line drives home the point that the US interests in Libya were unclear at best. And while Iraq was a quagmire, the movie shows the troops lamenting that at least in Iraq, they had backup and support. Under Obama’s “no boots on the ground” guise, proper security and support were never afforded to our men.

When I left the theater I was angry. I already knew the details of what the movie would depict, but seeing it dramatized was powerful. I felt angry that the service and sacrifice of our men and women are taken advantage of and used in careless ways. We owe them better.

I remember how powerful the movie Blackhawk Down was when it was released– how so many came away with the opinion that US lives should not be lost in the pursuit of unclear objectives. I can only hope this movie has a similar effect.

Our military ought not to be used for adventurism or for unclear, muddled objectives. For whatever reason, Hillary and Obama decided Qaddafi had to go. Will we ever really understand why? Will the families of those who died?

Sadly, the answer is no. Libya will likely go down as nothing more than a footnote of this presidency.