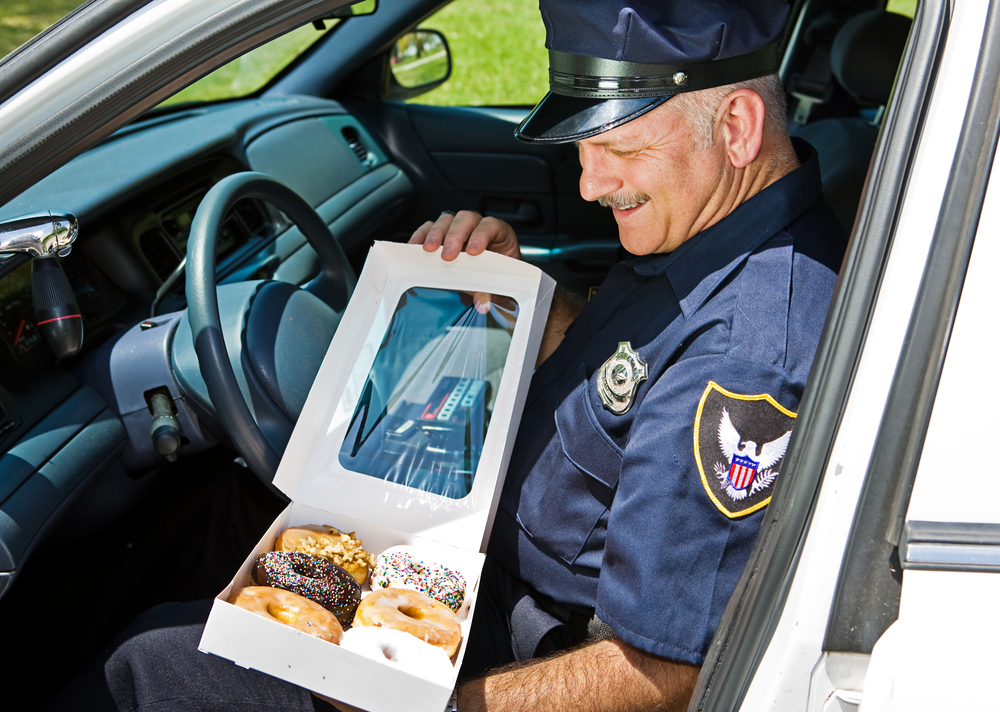 A man filed a lawsuit last week after police arrested him, believing that the glaze on his Krispy Kreme doughnuts was meth.

Rushing is asking for up to $15,000 in damages. His lawsuit maintains that he underwent emotional harm, distress and humiliation. It also takes issue with the fact that he now has a mugshot on the internet.

Cpl. Shelby Riggs-Hopkin pulled Rushing over last December, saying that he was speeding and did not stop completely, a police report alleges.

She spotted “a rock like substance on the floor” and asked for permission to search his vehicle. Rushing suggested that the flakes probably came from the doughnuts he had been eating.

She tested the flakes with a roadside drug kit twice; both times the test came up positive for methamphetamine.

Officers arrested Rushing on a drug possession charge; he spent 10 hours in jail before getting out on bond. The Florida Department of Law Enforcement tested the flakes a few weeks later and found that the substance was not drugs.

The suit maintains that Riggs-Hopkins was not trained properly in using the drug-testing kits. Also, Rushing argues that she should have been aware that the doughnut glaze was not meth and that drug-testing kits are not always accurate.

The two parties involved could not be reached for comment.