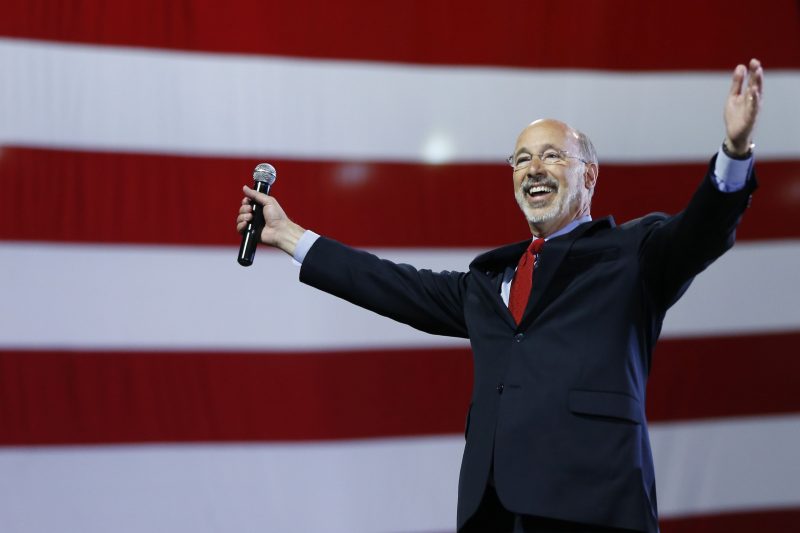 Pennsylvania Governor Tom Wolf (D) has called for the decriminalization of small amounts of marijuana in his state in an effort to reduce the amount of people going to jail.

“I think we need to do that in a more systematic fashion,” Wolf told WITF-FM’s Smart Talk program. “There are too many people who are going to prison because of the use of very modest amounts or carry modest amounts of marijuana, and that is clogging up our prisons, it’s destroying families and it’s hurting our economy, so I think decriminalization is the first step.”

While he supports decriminalization, Governor Wolf stopped short of endorsing the kind of legalization that has been seen in states in the western part of the U.S.

“I’m not sure why we need to go beyond (decriminalization), and I think we can watch what happens in Colorado and Washington and Oregon and see what their experience is,” Wolf said. “I’m not sure it’s been uniformly great.”

So “uniformly great” is the standard government is going by now? And what’s been not-so-great about it? More jobs, more tax revenue, lower highway fatalities, less crime, more tourism, more economic activity? Stop me when I get to the part that sucks.

Decriminalization is a good first step, but that’s all it is, one step. I applaud all efforts to keep cannabis users out of jail; after all, they have not infringed on the rights of anyone else and don’t deserve to be punished. But decriminalization doesn’t address the problem of marijuana sales.

As a policy, decriminalization protects marijuana users but it also gives black market dealers a customer base that is less worried about going to jail, but it still shuts out competition from legitimate cannabis retailers. Not going to jail is great, but what about creating jobs and legal economic activity while undercutting violent criminals and the cartels they sell for?

When politicians talk about doing something in a “systematic fashion,” what they mean is “this is going to take a while so I need the maximum amount of time that I can get in this office to make sure this simple thing takes forever so, you know, we get it right.”

You’re on the right road Governor Wolf, you just need to travel a bit farther down it.

Where Are They?! Companies Go One Month Without Debate Polls

Can You Imagine Living with Tomi Lahren?