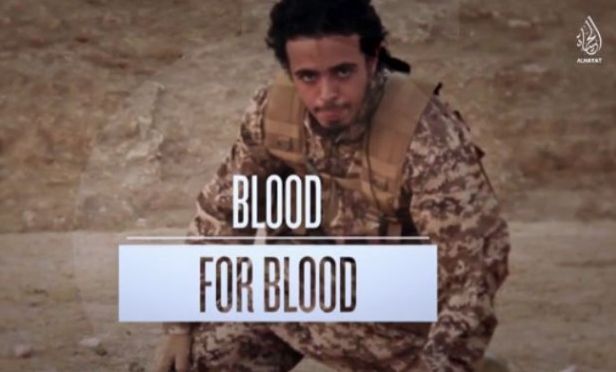 Islamic State released a new video Sunday that ostensibly features the last will and testaments of the terrorists who perpetrated last November’s Paris attack.

The video was produced by Al-Hayat Media, an ISIS propaganda wing, and is called “Kill Them Wherever You Find Them.” It features nine of the Paris attackers executing prisoners and engaging in various militant activities in a desert environment similar to that of the group’s previous propaganda videos. The video starts with a nasheed, or chant, sung in French with Arabic, English and French subtitles featured throughout.

Tom Joscelyn, an expert on Islamic terrorism, claims in a piece for the Long War Journal that “the video confirms that all of the jihadists who took part in the Paris attacks fought for the Islamic State in Iraq and Syria beforehand.”

The terrorists in the video are referred to by their noms de guerre, following in the common radical Islamic terrorist tradition of utilizing a war-time pseudonym. The names utilized by the attackers are derived from the countries they came from: Abul Qa’Qa’ al-Baljiki, Dhul-Qarnayn al-Baljiki, Abu Umar al-Baljiki and Abu Mujaed al-Baljiki from Belgium; Abu Fuad al-Faransi, Abu Rayyan al-Faransi and Abu Qital al-Faransi from France; and Ali al-Iraqi and Ukashah al-Iraqi from Iraq.

Abdelhamid Abaaoud (nom de guerre Abu Umar al-Baljiki), the apparent leader of the Paris attacks, is featured first in what seems to be his last will and testament. He is seen speaking in French while video clips of the Paris attacks and French military assets with cross hairs on them are shown.

“I have a message to these disbelievers who are fighting the Muslims, and to all the nations taking part in the coalition,” he says. “You are the ones who dared to come to the lands of the Muslims to fight them. By Allah! By Alllah! By Allah, you have declared a war that you have lost before even starting it.”

“All this is a result of your policy — your policy of war — or I should say, the policy of your rulers,” continues Abaaoud, “indeed, you voted for these rulers, and this is the result. The result is that your rulers have declared a war whose consequences they will not be able to bear

Each fighter is then introduced with a subtitle graphic with their respective name and the words “May Allah accept him.” Speaking to the camera in French, each shares threats and warnings to the kafir, or infidels, before personally executing a helpless prisoner.

“You won’t be safe in your homes, nor in your dreams” threatens the video as it cuts away to clips from Western news media during the Paris attacks.

“Cleanse the earth of Mushrikin” reads a graphic while Abu Mujaed al-Baljiki beheads a prisoner. Mushrikin is the Arabic term for polytheists, and is sometimes applied to Christians by some Islamic interpretations. Al-Baljiki is then seen holding the decapitated head with a graphic superimposed over it saying “we come with slaughter.” He then walks off camera with a smile, holding up a single index finger, a common symbol used by ISIS fighters to symbolize oneness of Allah. 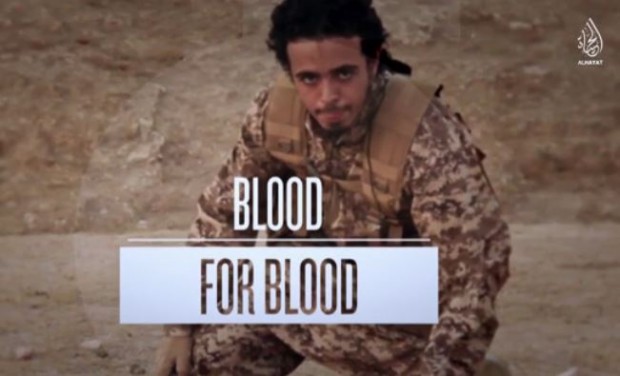 The Arabic-speaking Iraqis are introduced last, featuring French subtitles at the bottom of the video. Backed by a nasheed chant, Ali al-Iraqi is seen standing above a prisoner in the orange jumpsuit ISIS prisoners are generally recorded wearing. As he removes a pistol from his holster, a graphic appears over his victim reading “we will shed your blood.” Another graphic appears reading “the fate of every kafir,” “we will shed your blood” is seen again just before al-Iraqi shoots the prisoner.

“You will taste terror in your countries” reads the last subtitle just before it cuts away to frames of U.S. President Barack Obama, British Prime Minister David Cameron and French President Francois Hollande.

The video cuts to Abul Qa’Qa’ al-Baljiki engaging in target practice, backed again by a nasheed in French. Scenes from the Paris attacks are cut in between his shots.

Dhul-Qarnayn al-Baljiki is then featured making a statement in French shortly before he, too, is seen executing a prisoner.

Abu Rayyan al-Faransi is featured last, giving his testament in French, gesturing to the camera while wielding a knife. He beheads his prisoner as the camera cuts to a picture of Hollande, “the fate of every kafir” once again featured above his victim.

The video ends with a cross hair on Cameron, with the subtitle “airstrikes in Sham, British parliament authorizes actions against the Islamic state.” Cameron’s speech to the French people after the Paris attacks is then seen, with him saying “we stand with you, united.”

The video ends with a subtitle reading: “whoever stands in the ranks of kufr will be a target for our swords and will fall in humiliation.”

Hollande responded to the video Monday while on a visit to New Delhi, saying: “France will not be deterred by any kind of threats of terrorism. We will take all measures that are required to protect democracy. Therefore, the decision that was taken to extend the period of emergency in France, so that we can take all the necessary measures — we will always protect the values for which France stands.” (RELATED: The Insane Rise Of ISIS Explained)

The Tweet Donald Trump Doesn’t Want You to See