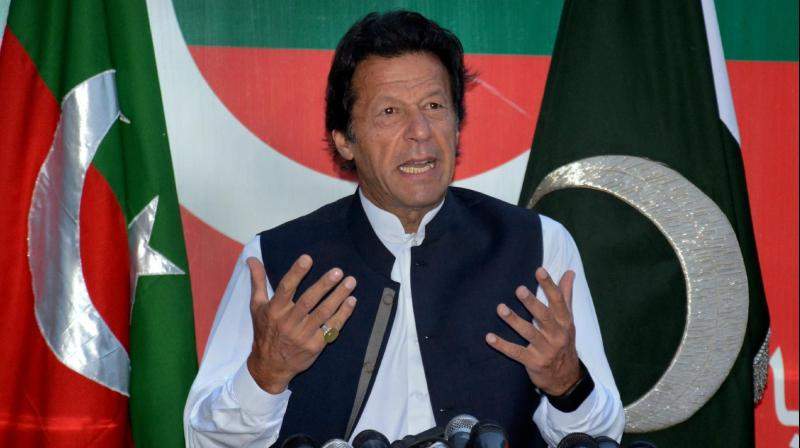 Pakistan’s political opposition leader called for his country to be included in President Donald Trump’s executive order suspending immigration from certain Muslim countries Sunday, claiming it would be helpful in keeping educated youth inside the country.

Pakistan, a U.S. ally, was not listed as one of the seven countries listed when Trump signed the order Friday. Imran Khan, the head of Pakistan’s Tehreek-e-Insaf opposition party, condemned the order, but argued that it could play in Pakistan’s favor.

“I want to tell all my fellow Pakistanis today, I pray that Donald Trump really bans visas for us,” said Khan, addressing a rally in Pakistan on Sunday. He said that such a ban could help stem the brain drain in Pakistan.

Khan encouraged educated and skilled Pakistani youth to focus their efforts on improving Pakistan, as opposed to traveling to the U.S. for better economic opportunities.

The opposition leader also praised Iran for retaliating against the order by banning Americans from entering its territory.

“And then if America tells us they are stopping visas for us we will also, like Iran, tell them we are going to stop visas for Americans,” said Khan.

While Pakistan was not included in the initial list of suspended countries, it is possible it could be included in the future. White House Chief of Staff Reince Priebus suggested Sunday that future orders could include countries like Pakistan, Saudi Arabia and Egypt.

“Perhaps other countries needed to be added to an executive order going forward,” said Priebus, while appearing on NBC’s “Meet The Press.”

What is Libertarianism? An Examination of it and Some Resources for Further Research