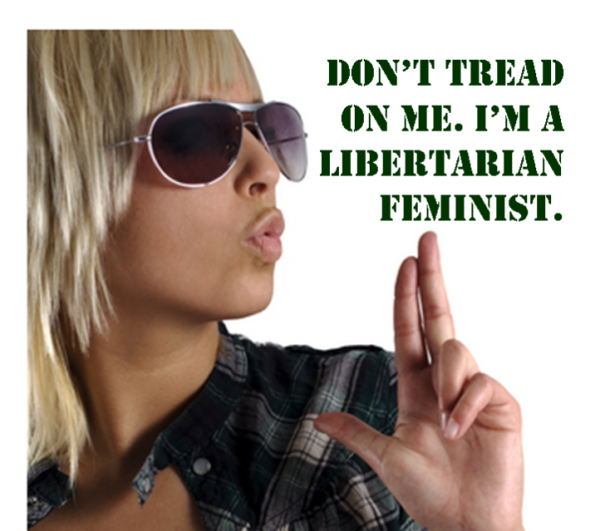 When I tell people I’m a feminist, they look at me like I’m a witch that set my hair on fire. I understand the reaction. The name conjures images for some of a conspiracy to elevate women and demote men, but true feminists encompass men and women alike. You, the reader, may even be a feminist. If you think the pressure placed on men to be strong and not show emotion is wrong, you’re a feminist. If you think women should be held to the same standards as men in sexual abuse and domestic violence cases, you’re a feminist. It’s all about defying patriarchal standards for both genders, and true proponents of the philosophy have managed to achieve a lot of good.

However, there is another breed of feminist with an agenda that runs counter to the principles of feminism, and they are as wrong as they are crazy. These women give feminists a bad name, much like how current liberals have bastardized the term, leaving us classical liberals to adopt the name ‘libertarian.’ This recent Hobby Lobby decision brought out the crazies in droves, and attempting to address their manufactured outrage is something you should do at your own risk. Those who have tried to do so on social media know exactly what I’m talking about. It’s like walking through a field of land mines that look and talk like Rachel Maddow.

I was accused of being a victim of libertarian propaganda and sending women back to the dark ages over my support of the Supreme Court decision. I was told birth control pills were “a human right.” As Inigo Montoya would say, they keep using that word. I don’t think it means what they think it means. I must have missed “birth control” the last time I perused the Bill of Rights. Yes, women have a right to buy birth control. No, others aren’t obligated to buy it for them. What should be a fairly simple concept is lost on women stirred into a frenzy by a media that relishes divisiveness.

While the majority of their comments were downright headache inducing, what particular roused my ire were their attempts to say that the company’s decision to continue covering Viagra and vasectomies for men was a double standard.

First, let’s clear up what is and isn’t covered under Hobby Lobby’s new plan.
It doesn’t affect:

The only drugs Hobby Lobby are choosing not to cover are intrauterine devices and the morning-after pills Ella and Plan B. They believe these drugs cause abortions by preventing fertilized eggs from attaching to the uterus. They are not against preventative measures, as evidenced by their continued coverage of vasectomies for men and birth control for women.

As for their support of Viagra, it should not be that surprising, given their Christian stance. It’s right there in Genesis. “Be fruitful and multiply.” If there were a female equivalent to Viagra that Hobby Lobby denied coverage for, that would be another matter, but IUD’s and morning-after pills cannot be equated to a libido booster.

It hurts to see my female friends manipulated so easily by the left into thinking that a company’s decision to not cover IUD’s and morning-after pills is somehow an attack against women. It is not. The Supreme Court’s decision for Hobby Lobby is correct under the First Amendment’s protection of religious freedom. “Congress shall make no law respecting an establishment of religion, or prohibiting the free exercise thereof.” This ruling states that these people cannot be forced to do something that violates their perceived moral responsibility.

The indignant response of women to this decision is especially disheartening when you look at what the government is doing to actual human rights. The government can threaten every American with incarceration at the point of a gun to pay taxes, which are used to bust down people’s doors in the middle of the night during a no-knock raid, order drone strikes on children overseas, or provide money and weapons to Syrian rebels. All Americans should be applauding the broad precedent set by this case, because it means that maybe one day, you, me, and everybody else will finally be free from having to pay our hard-earned money to support the state’s values of death, slavery, and the pursuit of misery.