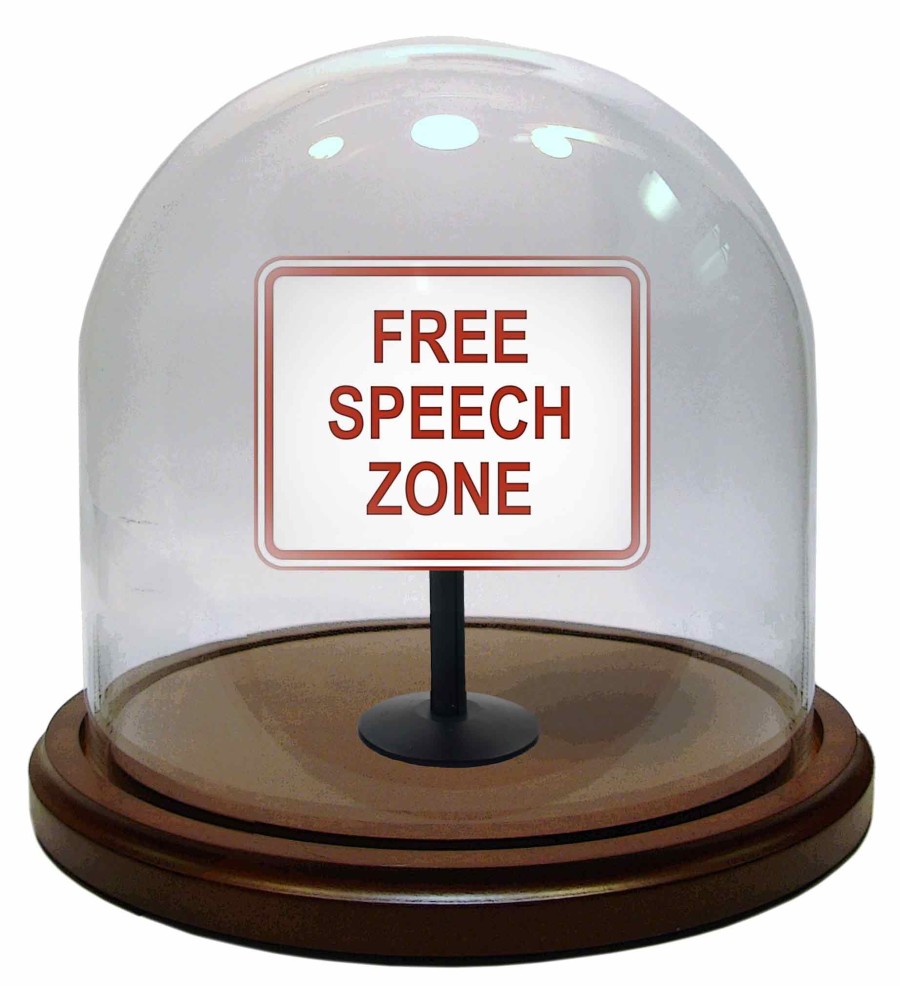 The Foundation for Individual Rights in Education (FIRE), one of the nation’s leading campus free speech organizations, announced Tuesday that it is launching a major legal offensive against universities it says are enforcing illegal speech codes.

“Universities’ stubborn refusal to relinquish their speech codes must not be tolerated,” FIRE President Greg Lukianoff said at press conference held by the organization.

Currently, the group will back four lawsuits against four different schools for alleged violations of speech rights. The lawsuits involve a diverse array of campus incidents.

For lawsuits against Iowa State and Ohio University, the challenge is over restrictions on the design of T-shirts for campus organizations.

At Citrus College, a community college in California, a student is suing after he said he was threatened with being kicked off campus for straying outside a free speech zone while seeking signatures for an anti-NSA petition.

A case against Chicago State University, meanwhile, concerns a controversial faculty blog that has severely attacked the school’s administration. According to FIRE, the school has retaliated against the professors running the blog by charging them with violations of a new, expansive cyberbullying policy.

The four lawsuits follow two initial suits launched in the last nine months at the University of Hawaii and at Modesto Junior College, which served as initial efforts and trial runs prior to the full announcement of FIRE’s endeavor.

Lukianoff said these lawsuits are only the beginning, though, and that FIRE would pile on additional lawsuits in every U.S. circuit court, seeking to create a unified national precedent against speech codes and to send the message that no college would be safe as long as it has a speech policy FIRE sees as unconstitutional.

“The lawsuits will continue until campuses understand that time is finally up for unconstitutional speech codes in academia,” said Lukianoff.

The group expressed strong confidence in its cases, and said that they were hoping some of their suits could reach the Supreme Court in order to stronger national precedents against speech codes. In addition, the group said that by forcing universities to cope with costly legal fees and settlements, they would change the incentives colleges and universities face on speech issues. If implementing speech codes is too costly, FIRE hopes, schools will be less likely to do it.

The approach, dubbed by FIRE as the Stand Up For Free Speech Litigation Project, represents a significantly more aggressive approach by the organization. Since its foundation in 1999, FIRE has typically preferred to rely on publicizing and condemning what it sees as rights violations, rather than on filing its own lawsuits. Lukianoff said that restrained approach has proven insufficient, however, since the group believes hundreds of colleges are still adhering to objectionable speech codes.

Outrage over Hobby Lobby’s coverage of Viagra and vasectomies is laughable, says this feminist

Is The Texas Teen Wild Animal Huntress A-mazing Or A Maniac? (PODCAST)