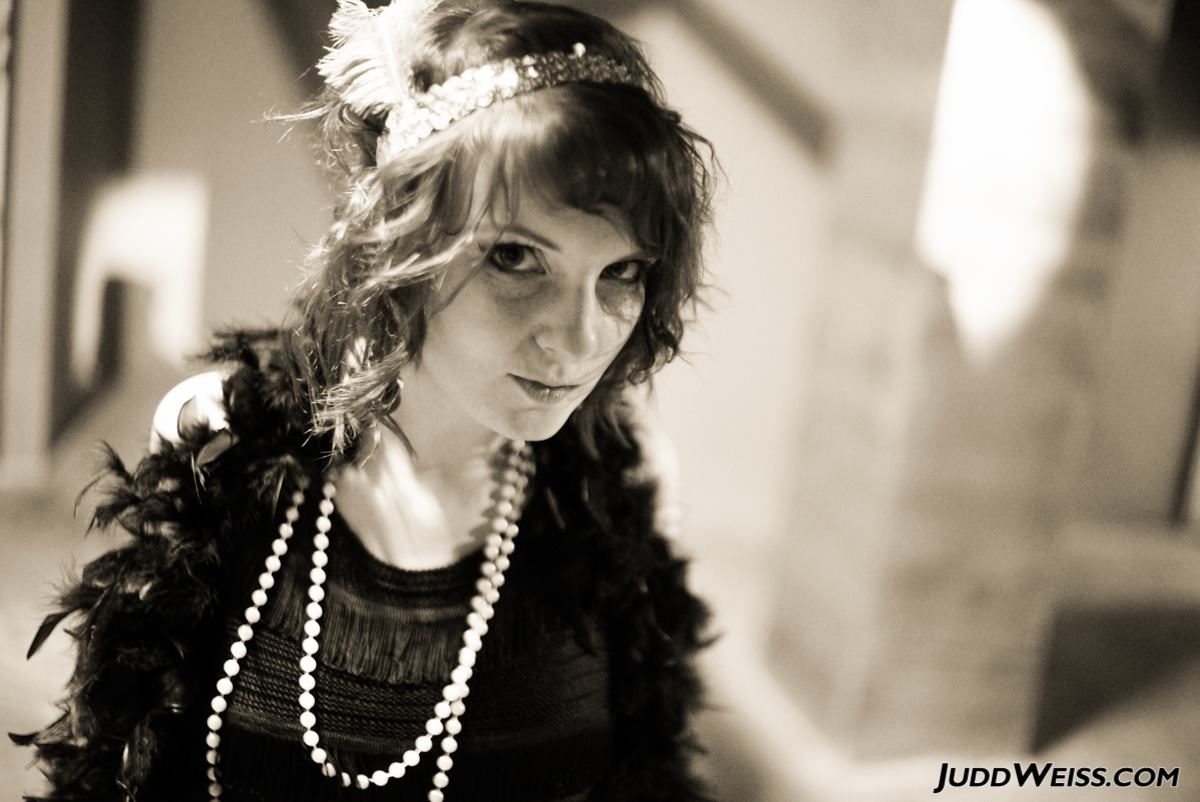 Sexy & Respectable Are Not Mutually Exclusive

This week, an article came out criticizing libertarian women for using their sex appeal, then TLR published a follow up by the lovely Julie Borowski, an awful lot of people argued about it on Facebook, and TLR also published it’s annual hottest libertarian women list (speaking of people using sexual appeal to sell liberty…) Busy week for us libertarians with boobs, apparently.

Last year, I was featured on the Hottest Libertarian Women of 2015 list, and I penned some thoughts about it on my personal blog. After watching this new round of back and forth on the topic of libertarianism and sex appeal (a topic I have also covered previously), I thought it was time to share these thoughts to a broader audience.

I have a lot of passions, some of which I advocate very strongly for. I think we all have things we care tremendously about, whether it is a way of life, or religion, politics or a particular hobby.

I hate to call myself an activist — I feel like it’s not the appropriate term for me, despite my level of political involvement. I would call myself a political writer, but I’ve explained in another essay how I feel more like an “interpreter”, taking complex topics and making them easier for others to understand. Mostly, I just live the life I wish to have – trying to be a positive example of the things I invest my time in.

As Robert A. Heinlein said:

“I am free, no matter what rules surround me. If I find them tolerable, I tolerate them; if I find them too obnoxious, I break them. I am free because I know that I alone am morally responsible for everything I do.”

Generally, when we love something, we wish to share it with others. Maybe you have lots of money and can afford to donate to causes you support. Maybe you can take beautiful photographs and show people the causes you spend your time on. Maybe you can write or speak on what you believe in. Maybe you’re good at graphic design and can make what you want to tell the world into something beautiful and inspiring in an image. Maybe you’re awesome at video editing and can make engaging video content on topics you care about.

I like to think many of us have numerous skills and assets to support the causes that we do. From writing, to charm, to good speaking skills. Having talent with photography or art, to a brilliant mind to think about complex issues and bring new light to them. Maybe you have some of these skills, naturally or with work, maybe you don’t. They don’t cancel each other out.

Physical attractiveness can be one of these things. I was a fairly cute toddler and then fairly awkward until adulthood, with some random good moments in my teens. I remember the first time I felt pretty in a picture as a teenager. I was fourteen and had just gotten my first digital camera. I took a picture wearing makeup. A year or two later, MySpace asked me to set up a profile picture, and I choose that shot.

At the time, you were supposed to be 18+ to use MySpace, so I’d lied about my age. I uploaded the picture and suddenly the comments and messages flooded in. Creepy guys telling me they were jerking off to my picture, what they wanted to do to my body, that I was so sexy and they wanted to see more.

It scared the shit out of me. I considered taking it down, deleting every picture of me off the internet. It felt like a violation, that someone would take this innocent image of me and say something so dirty about it. It felt gross.

Then I realized there’s nothing I can do about it. Even if I deleted it, there’d inevitably be another picture, or another moment I interact with someone with terrible boundaries and they do or say something that makes me uncomfortable. It’s a reality that exists that I could either decide to be afraid of and furious about or I could try to ignore or even exploit.

I had numerous options in that moment about how I could react to the situation – the only thing I couldn’t control is what other people did. What they thought or what they felt or what they said to me. I have no control over that. I can only control me.

There will always be people who observe me as an object. They’d do that whether or not I was sexy, they’ll do that because that’s what some people do. We each determine what is valuable to us and we start judging everyone by their weight on our scale.

I started to ignore the gross comments. I started putting my thoughts on the internet too. I wrote essays, articles, stories, commented on things and made lots of posts about what I valued. My thought-based content has always outweighed the number of pictures of me on the internet, though with Judd taking hundreds of photos of me each year for several years now, I definitely have to work to keep that ratio where I prefer it.

I will always be loud, and self-advocating. I will continue to annoy the people who just showed up for “the bewbs”. They can put up with the articles and posts and commentary if they want to see the pictures. Sometimes they stay for the content. Sometimes what attracts them isn’t what ultimately keeps them around.

After over a decade of having pictures of myself on the internet, I continue to get obnoxious comments. Honestly, I get more horrible remarks on my opinions than my looks, and that’s a surprising and amazing thing to me. I get some random troll every few months engage me in a debate on some issue (often abortion) and call me every kind of murderer.

I’ve compared notes with other people who attract “fanmail” of a particular variety. I am floored by some of the vitriol and hate that others receive. I’ve gotten messages that make me uncomfortable or angry, but most of it doesn’t strike the heart or make me feel physically unsafe.

I’ve been told by anonymous posters that I only got the job working for Peter Schiff because I “probably f*cked him”. I’ve been messaged “don’t worry, you’re not even hot enough to rape”. Both of those particular messages f*cking suck, I won’t lie. I hate reading them.

Sometimes, my detractors just tell me I’m superficial; I’m vapid and obsessed with myself and all I want is attention. I’ve heard all of that, and at moments in my life I’m sure I’ve been an attention-hungry human being who just wants validation and external acknowledgement for something as simple as beauty. If you told my ten-year-old self that her 27-year-old self would be called “beautiful” by a man who has spent his time with models and actresses and stunningly gorgeous women, I wouldn’t have believed you.

My appearance is certainly a vehicle for attention. I enjoy compliments on it, but it is temporary and it is not my primary value. Attention, however, can draw people to my writing, to my work, to my passions. It can bring people into thinking about liberty, or thinking about liberty differently than they do. There are many other subjects and ideas I advocate for – I hope it can help bring those to others’ attention in a positive way.

Being an attractive individual is a privilege, one that allows me to cross various social barriers. It is also sometimes irritating, as I’ve had people incorrectly chalk up my successes to my appearance more than hard work or skill. I’m sure this happens to others, with other assets. I’m sure people born into money find this problem too sometimes – there are many benefits, but somebody’s always going to discredit you for the silver spoon in your mouth, even if you far exceeded the value of the spoon.

At the end of the day, I do what I want because I love it. I love positive attention, I love friendship. I love libertarianism and being free to do what makes me happy.

One of my favorite things in the world is to put on some makeup and be charming and sweet and then confound expectations when I open my mouth and talk about complex economic topics at a party like I do frequently.

I will use the assets and skills and privileges I have to highlight that which I care about, because I can. It doesn’t make any of those assets or privileges or skills the most important thing about me or the most valuable. I don’t think any one single thing about a person defines their value. I think people are beautifully complex and their unique measurement of all their qualities makes them who they are.

A cake isn’t made with just flour. Without the other ingredients it’s not a cake at all. People aren’t just their looks or their color or their creed or their beliefs or their smarts or their disadvantages or their privileges. They aren’t just flour, or just eggs, or just frosting. You’re not just one of those things. Be cake. Acknowledge other people’s cake.

A cake with beautiful frosting can be tremendously delicious or it can taste like shit. Maybe you just bought the cake because it was pretty.  I like to think that people drawn in by my appearance stay because the rest of me is quality. I like to hope that.

I found a ton of new friends and followers as a result of being featured in a list highlighting my physical appearance. I’ve been very lucky that the commentary and messages have been mostly positive and I haven’t gotten a really gross private message yet.

Over ten years with my face on the internet, I know what to brace myself for in terms of commentary. I am thankful that so far, I have not had my resolve to be okay with it all tested too much.

I hope those who came to my blog or my Twitter or Facebook because I was “hot” stay because they decide I’m awesome. I hope my ideas and thoughts inspire them or challenge them or make them think. I hope they recognize that the inside of the cake is delicious.

If they don’t, well, I can’t control them. I can only control my reaction.

This essay was first written on the author’s personal blog after being featured in a “Hottest Libertarian Ladies” list. You can find the original here.