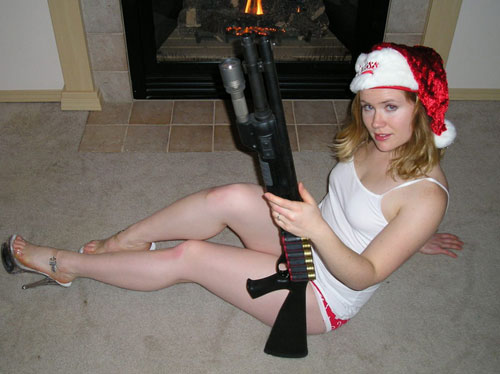 Over at Dainty in the District, Brittany Hunter wrote a piece called “Stop Using Your Boobs to Sell Liberty” which has generated a lot of discussion about women in the liberty movement. I’d like to add some things based on my personal experiences.

Being a woman in the liberty movement is weird.

On one hand, it’s a plus. It’s a male-dominated movement which means women stand out more. I fully acknowledge that my gender has enabled me to get more views on YouTube than if I were a man. People are more likely to click on a thumbnail of a woman than a man. I don’t make the rules. That’s just how it works. I’ve also been invited to speak at conferences because “we need more women speakers.” I’d rather be invited to speak because of something other than my gender, but, I’d be fool to pass up good opportunities.

On the downside, it’s harder to get respect. I think this is true for women in any male-dominated field. Especially when there is affirmative action involved which makes people question if you’re actually worthy of your status.

As Brittany mentions in her article, a large number of her YouTube comments were about her looks. I deal with the same thing. I can be talking about the Federal Reserve and there will be a “fight” in the comment section about my hair. For whatever reason, some people have strong opinions about my hair. Good and bad. I’ve even noticed me purposefully trying to divert attention away from my physical appearance in an attempt to increase my credibility. My looks are sometimes vastly over-exaggerated by commenters. I’m not offended by compliments, but dang, can we focus on the content?

I see it all over.

Some of these women are trying to build an audience online among libertarians. It’s already easy to do with a little effort. But if you’re feeling super lazy, just post a topless selfie with something libertarian. And voila! Instant libertarian “celebrity” without having to produce any content…

And, dare I say, the boobertarians make it more difficult for other libertarian women to gain respect. I don’t know how many times people have taken one look at my page and assumed, “Oh, look, another ‘libertarian’ woman who is seeking attention from libertarian men.” Of course, some of the comments I receive are also to blame for that view which is why I don’t respond to them. I’m not looking for that kind of attention from men or anyone online.

As Brittany says, “Showing our cleavage and creating fringe content while half-naked does not do anything to expand our movement. It does however reinforce the idea that as women we exist only to be supporting characters in this revolution.” Another person in a thread called libertarian women “accessories” in the movement which I thought was a perfect way to put it.

I wish more libertarian women would try to gain an audience by producing thought-provoking content instead of just showing some skin and claiming to be libertarian. You can do better.