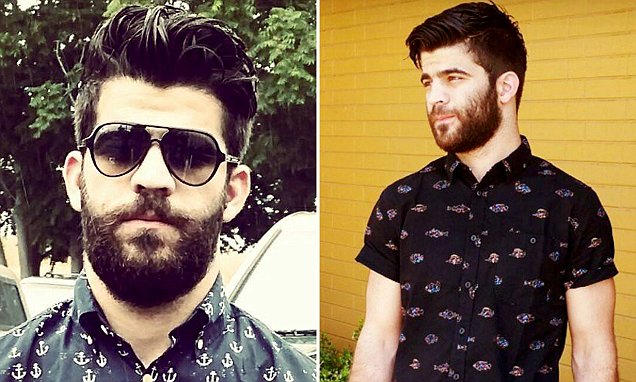 Two Middle Eastern refugees have been charged with plotting an ISIS-related terror plot in the United States.

The arrests in Sacramento and Houston did not appear to be directly related, but the cases had several similarities.

Both men were Palestinians born in Iraq and living as refugees in the United States, according to the U.S. Justice Department. And both of them are accused of lying to immigration officials about their alleged ties to terrorist organizations.

The governor of Texas is asking President Barack Obama to stop the slew of immigrants from countries known for terrorism after an Iraqi-born man who fled as a refugee to Texas was arrested Thursday for allegedly plotting an attack with the Islamic State.

Omar Faraj Saeed Al Hardan, 24, is a Palestinian who was born in Iraq. He immigrated to the U.S. as a refugee in November of 2009 and was given permanent legal status in August of 2011. The man was allegedly working with ISIS and planning some kind of terrorist attack.

“I applaud the FBI for today’s arrest of this dangerous subject,” Texas Gov. Greg Abbot said in a statement. “However, this is precisely why I called for a halt to refugees entering the U.S. from countries substantially controlled by terrorists. I once again urge the President to halt the resettlement of these refugees in the United States until there is an effective vetting process that will ensure refugees do not compromise the safety of Americans and Texans.”

Many details have not been released, but according to the federal indictment, Al Hardan allegedly lied to law enforcement, saying he never received training from ISIS. Authorities say he received ISIS small arms training. Al Hardan also allegedly said in his immigration documents that he was not affiliated with a terrorist organization, which, if proved untrue, could land him with up to 25 years in prison for lying on the documents.

Al Hardan is charged with one count each of attempting to provide material support to ISIS, procurement of citizenship or naturalization unlawfully, and making false statements. He faces up to 53 years in prison and a fine of $250,000. He will appear in court in Houston Friday.

“I applaud the thorough law enforcement investigation that resulted in this arrest,” Texas Lt. Gov. Dan Patrick said in a statement. “Based on the facts, as we know them, today’s action may have prevented a catastrophic terror related event in the making and saved countless lives.”

Patrick also went on to say President Obama’s refugee policy would lead to similar incidents. Refugees have become a larger issue as millions of Syrian refugees flee to Western countries, raising questions about the possibility of radical Islamic terrorists using refugee status to infiltrate the U.S.

“This is exactly what we have repeatedly told the Obama administration could happen and why we do not want refugees coming to Texas,” Patrick said in a statement. “There are serious questions about who these people really are, as evidenced by today’s events.”

A California man was arrested Thursday on terrorism charges as well, but it’s unclear if the two are connected.