Why Selling Liberty Needs To Appeal to the Brain, the Body & The Heart 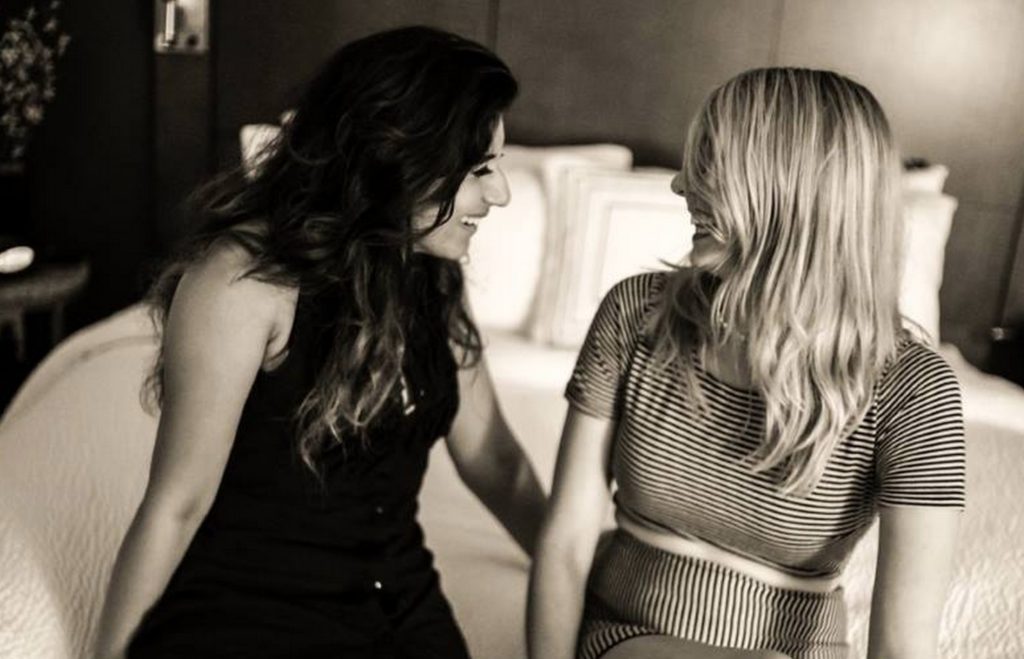 Last week I published a silly article titled “7 Reasons Libertarian Women Make Amazing Girlfriends”. Many of the comments on that article indicated that many libertarian men desired and couldn’t find libertarian women – either ones that would date them or at all.

So this week, I followed up with an article titled “12 Reasons You’re Not Getting A  Liberty Lady.” which was a less comedic critique of some of the most common behaviors I find in some libertarian men in social situations which make it hard for them to find partners. Most of these recommendations apply to various socially-awkward men in general (besides things that were liberty-specific, but you could insert any niche interest there).

Responses, as always, were mixed. One of the interesting critiques came from the more intellectual wings of liberty – who brushed off my commentary because “libertarianism is a political and legal doctrine and not a personal philosophy, let alone a source of relationship advice”.

I take issue with part of that statement: libertarianism can be a personal philosophy. It’s certainly a doctrine on the political and legal. However, I agree that it is not a source of relationship advice. I never claimed that my article was speaking for libertarianism, but rather to it.

Libertarianism recognizes that every human being is an individual, with their own wants, needs and ideas, who has the inherent human right to pursue whatever it is they desire in life to the extent they desire, as long as it does not impose upon another’s will to do the same. These individuals are both free to pursue, and responsible for, their own happiness and well-being. Those who espouse libertarian ideas seek voluntary, non-aggressive solutions to problems and to social interactions. That’s it. That’s my working definition. There are many others. This one is mine.

However, like any intellectual philosophy, libertarianism is exercised by human beings. Human beings are not just the brains that logic and reason themselves to liberty, but are also bodies with which to experience, and hearts with which to feel.

We have numerous needs in life. From the biological to the social to the intellectual – we are complex creatures motivated by numerous, occasionally conflicting things. This is okay, we work it out. Learning how to synchronize and satiate our various desires is how we achieve happiness.

These individuals who think about and practice libertarian ideas, begin to form social communities. Particularly with the advent of the internet, we no longer have to find people in close physical proximity with which to connect. Now, I’ll be the first to tell others to keep their social circles filled with diverse ideas, and that it is imperative that they learn how to positively interact with people they disagree with.

However, particularly as libertarianism can be a lonely philosophy, one that emphasizes the individual, and rejects many of the ideals the rest of the world embraces, it is only natural that these human beings, social creatures as we are, would feel a sense of relief and belonging when encountering others who share their views.

This occurs within other communities as well. It is not exclusive to libertarianism.

Any time any number of people share the same philosophy, ideals, or practices, they tend to form a supportive community around the identity of that. This is a human experience. This supportive community allows each individual to then further explore and share their individual thoughts, curiosities, and ideas with one another. They can bounce theories off of each other, or develop habits or further concepts based on the shared premises. This is especially helpful to defining and refining the information that is then communicated to the people outside the “community”, who are considering adopting the intellectual philosophy. I can imagine Ayn Rand sitting around a table with friends, debating concepts, comparing experiences, and forming with further precision the ideas she would later write or speak about.

There is a saying I heard in college, that “communism works great in theory until you add people”. My more liberal friends love to tell me that “libertarianism works great in theory until you add people”, but they’re completely wrong. Libertarianism is the only political theory that truly works with people, because it is the only philosophy which recognizes people for their very natures. People are self-interested, they’re selfish and greedy and they want for themselves. They may want other things as well, but they are primarily concerned with their own survival and their own success. Libertarianism, by allowing for that fact, recognizes that each of us will pursue our own desires, and thus the moral imperative is simply that we step back when our desires conflict with another’s. My right to swing my fist ends where your body begins.

This is the root of the non-aggression principle. The idea that we have no right to aggress upon others. No right to force others.

So when you have a number of people who’ve collected themselves into some sort of social scene, this is natural. They seek community, they seek love, they seek fulfillment.

Unfortunately, many who are so educated about philosophy or economics may be less educated in the social skills. There may be many reasons for this, including previous social alienation. Again, libertarianism does not hold the monopoly on this either.

Many intellectual pursuits cause social alienation and awkwardness, however. I suspect it is because during the process of exercising the brain, we often end up ignoring or de-emphasizing the other essential components of human existence – the needs of the body, the desires of the heart.

An article like I wrote, listing reasons some men may turn women off, is recognizing a market need. The people who consider, espouse and practice libertarianism are people. They have been given so much food for their brains, but they have other needs, and libertarianism does not meet them. I am not trying to bake new meanings into libertarian philosophy – I am simply answering a question that is often asked by libertarians.

I have spent my entire life in the libertarian scene. From 2008 to about 2010, I walked away from it. One of the reasons (not the only one) was because there were so few other women, and many of the men at the conventions and events were so painfully socially awkward that I could not stand to be around them. It was lonely not to be surrounded by other people who felt like I did about government. I had other interests and passions, but inevitably there’d be some news story on, my non-libertarian friends would react and I would realize I was the only one who felt the way I did. However, that feeling was easier, to simply shelve my philosophy and enjoy the company of people who knew how to interact, than to endure the social situations. After a few years, I returned to my roots. The scene has improved so very much in that short amount of time.

As the child of two libertarian parents, and a participant in a social scene surrounding that shared political philosophy, I recognize that there are many ways to spread our ideas and share them with the world. Through books, through media, through passionate conversations, and through our children – raising kids non-aggressively, as I was raised.

The libertarian doctrine, as intellectual as it may be, will be supported by, practiced by, and spread by the people who uphold it. I see no issue teaching those people how to do it as effectively as possible. This includes teaching them how they’re turning people off. This includes occasionally appealing to the needs of their bodies and their hearts, instead of just their brains. It means talking about love, and sex, and everything that makes us human. Because in liberty, we embrace our humanity and want others to embrace it as well. I will continue to critique the social aspects of the movement because I love it. I need it to succeed as a legal and political doctrine. I need it to succeed as a philosophy. If it does, that means we all get to live it, truly, freely and completely. What could be more appealing than freedom? Do we want success or self-congratulation? Why should we ever discourage people within our shared philosophy from spreading it effectively? What happens when we’re winning?

I’ve thought about this a lot. The accusations of “dumbing down” and sexualizing a political philosophy might seem silly to those who want perfection and control, but some of us know that freedom doesn’t mean everything will be exactly as we like it, it simply means we can pursue what we like, and others can do the same. There is no control in liberty, only influence.

I choose to influence.