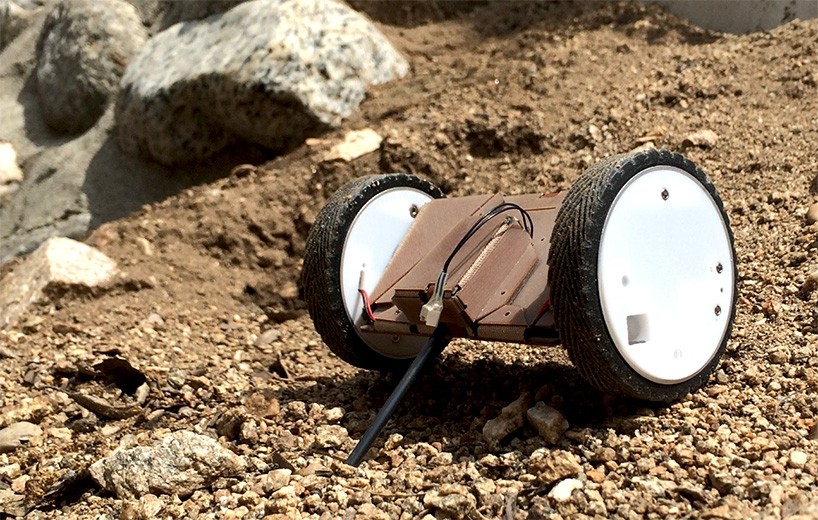 NASA rovers sent to explore other worlds could have several tiny origami-inspired robots tagging along.

The Pop-Up Flat Folding Explorer Robot (PUFFER) is an origami-inspired robot capable of flattening itself out to squeeze into tight spots and climb a 45-degree slope. These robots can even survive long falls that would shut down other rovers.

NASA wants to send PUFFERS to support future missions to other planets, including the agency’s planned 2020 mission to Mars.

“They can do parallel science with a rover, so you can increase the amount you’re doing in a day,” Jaakko Karras, PUFFER’s project manager at NASA’s Jet Propulsion Laboratory (JPL), said in a statement. “We can see these being used in hard-to-reach locations — squeezing under ledges, for example.”

Each PUFFER has a tiny tail for stability, a high-resolution “microimager” camera and solar panels on its belly. PUFFERs use their tail to flip to recharge their batteries. NASA wants to add scientific instruments to the tiny robots.

NASA’s most recent Curiosity Mars rover weighed 2,000 pounds. NASA says PUFFERs will weigh about as much as a smartphone.

Trump Is ‘Not Considering’ A Carbon Tax