An appeals court in Oregon issued a ruling Wednesday declaring that having sex with one’s co-workers cannot be considered a job-related duty.

The case goes all the way back to 2006, when Eastern Oregon University (EOU) administrator Robert Davis had sex with co-worker Marla Johnson while the two were attending a conference in Atlanta. Johnson later claimed that she was severely intoxicated and that Davis had raped her. While she chose not to pursue criminal charges, Johnson did sue Davis in civil court. Davis claimed the sex was consensual, and he was vindicated by a jury in 2009.

After his victory, Davis chose to sue EOU, arguing the school should be required to pay his $100,000 in legal fees because he was sued over actions that occurred while he was doing work for the university. In essence, he said, everything that occurred from the time he left Oregon to the time he returned should be considered work on the university’s behalf, including the time he spent having sex with Johnson.

But now a court says that even if Davis was at the conference for business, he was not being paid to couple with his co-workers.

“When we [consider] the sexual encounter in question, we conclude that, even if consensual, it could not be considered an action taken in the course and scope of Davis’s employment and in the performance of duty as a matter of law,” wrote appeals court judge Darleen Ortega. “As an EOU administrator, Davis was not hired to engage in sexual conduct with other employees. Further, addressing the second factor, there is no evidence that Davis, in engaging in sexual conduct with plaintiff, was motivated by a purpose to serve EOU.”

Ortega also pointed out that having the state pay Ortega’s legal fees in this case would broaden the idea of an employer’s liability coverage to an absurd degree.

“The purpose of the state’s limited acceptance of liability for its employees’ torts was to eliminate concern that the prospect of personal liability ‘might dampen the ardor of public employe[e]s in the performance of their duties[.]‘” she wrote “In this case, the state’s refusal to indemnify Davis for an action arising from his sexual conduct with another employee is unlikely to discourage qualified persons from accepting public employment or discourage public employees from zealously performing their duties.” 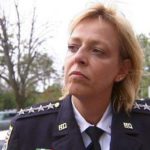 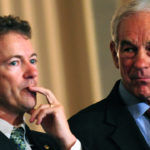