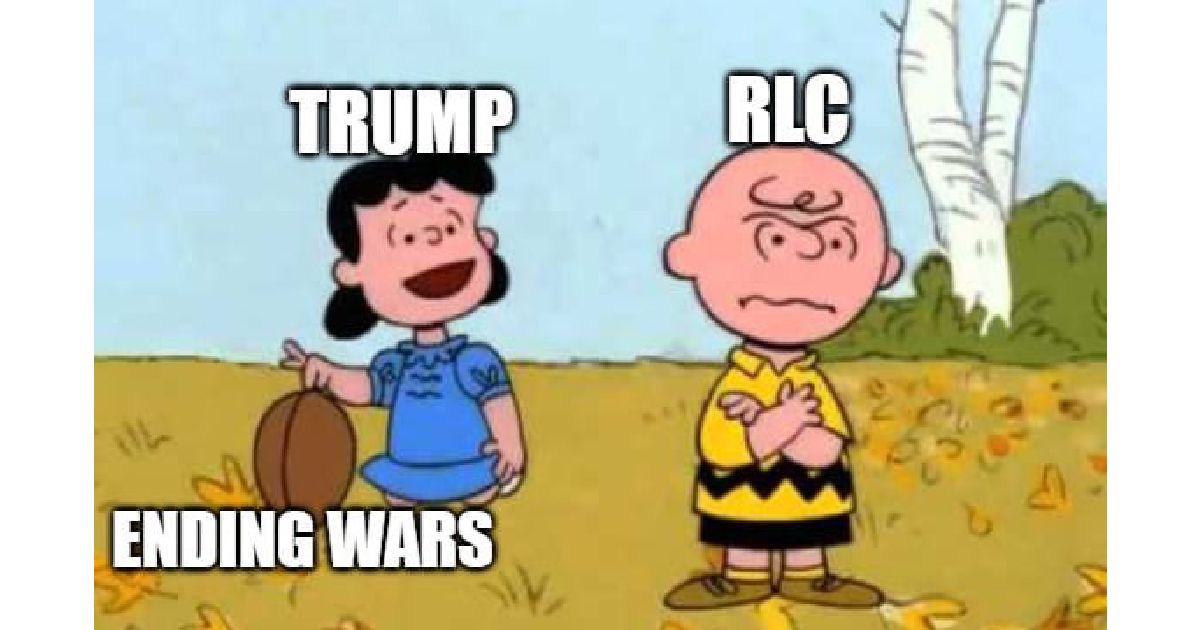 He had been a popular five star general and the first supreme commander of NATO. His Presidency saw movement on many things… the interstate highway system, the fledgling space race, civil rights, admitting both Alaska and Hawaii to the union, etc. But his Presidency is probably best known for foreign policy and the words he spoke upon leaving the office.

In his farewell address, he warned against the military-industrial complex.

“In the councils of government, we must guard against the acquisition of unwarranted influence, whether sought or unsought, by the military-industrial complex. The potential for the disastrous rise of misplaced power exists and will persist. We must never let the weight of this combination endanger our liberties or democratic processes. We should take nothing for granted. Only an alert and knowledgeable citizenry can compel the proper meshing of the huge industrial and military machinery of defense with our peaceful methods and goals, so that security and liberty may prosper together.”

America has not heeded his advice. Or, rather, America has often voted for candidates who proclaim a devotion to peace, only to watch helplessly as those very peace candidates inevitably engage us in new wars without so much as a congressional declaration.

A week-and-a half after Eisenhower was elected President on November 16th, 1952, Lucy… for the very first time… pulled the football away as Charlie Brown ran to kick it. It’s been 67 years, and she hasn’t stopped yet. And Charlie, despite initial hesitation, hasn’t stopped believing.

Obama was elected promising peace against a President that many openly called a war-monger, before taking his two congressionally authorized wars and adding five unauthorized wars to the total. GW Bush won his primary campaign against John McCain by pushing a “humble” foreign policy that would be a departure from Clinton’s nation-building exercises.

And Trump, well… he directly ran in a primary against a Bush dynasty that he openly blamed for the mistake of Iraq. In the general, he ran against Hillary Clinton, whose recent tenure as Secretary of State was best known for being the lead voice of war in the Obama administration – especially as it pertained to Libya and ignoring the War Powers Act.

During his time in office, the narrative of his foreign policy is sold as a conflict between the influence of Rand Paul and a Bolton/Graham-led neocon war coalition. But Trump, as President, has made his own decisions, often without any advice or forethought and often through the medium of Twitter. So what has he done?

In Somalia, Trump relaxed rules meant to prevent civilian casualties by changing designations of combat allowance. The result was more civilian casualties  (most recently a group of farmers). The country housing this engagement that we’re not “officially” at war with (despite bombing the nation consistently over two successive administrations), was labeled “an area of active hostilities”. The net result was clear. In the last year of the Obama administration, the US military dropped 14 bombs on Somalia. So far this year, the US military has dropped at least 50.

Yemen, another country Obama began bombing that Trump never slowed down on, has descended into one of the worst humanitarian crises of my lifetime. Trump bombed the country repeatedly. But worse – he’s assisted the Saudi government and their military, giving them the means and the green light to conduct literal genocide within Yemen on our behalf.

In a rare show of spine against executive war-making, Congress passed three bills meant to reign this in. Two of them were aimed to block military equipment transfers to Saudi Arabia, and the other one to remove any American military presence from Yemen. These happen to be three of the five vetoes of Trump’s Presidency.

During the campaign, Trump openly calling the invasion of Iraq a mistake and a reason for Republicans to refuse to nominate yet another Bush, combined with what he seemed to imply about an “American-first” foreign policy, gave many liberty Republicans hope for his tenure. However, when Obama left office, we had roughly 5,000 troops and defense contractors still in Iraq. Today? Still 5,000 or so.

In Afghanistan, 8,400 troops remained the year Obama left office. Trump took a look at that, and apparently thought they were rookie numbers, ramping up the total to a height of 14,000 at the beginning of this year. Then – get this – he wanted credit for announcing a plan to cut that number down all the way to 8,600, which is still above the force level at the beginning of his Presidency in a war that this week became old enough to be drafted into itself, had it been a person.

It’s under this backdrop that liberty Republicans like Rand Paul are prematurely crediting Trump with his latest announcement of… maybe withdrawing troops from a war zone? Technically, what Trump announced was that US forces “will no longer be in the immediate area”.

This would be cause for non-interventionist celebration if “immediate area” meant the Middle East. It would even be cause for celebration if it just meant Syria. Unfortunately, it’s beginning to look like what the administration actually meant was that they planned to shuffle troops within Syria away from an area in the north in order to accommodate a Turkish plan to attack our allies. At most, some reports say he may bring 50-100 troops out of our 1,000 in country home.

If we left the country, it’s possible both that the Turks would attack the Kurds in the north. It’s also possible that price would be worth it, or at least not enough of an American concern to justify our involvement. But there is no convincing reason to think it’s settled that we are leaving Syria, while there’s plenty of reasons to think our presence in the north had the effect of deterring a Turkish attack without needing to actually use violence in their defense.

It might be comforting to think that Trump is removing our forces from Syria and disengaging in that conflict. Many would welcome the conversation about whether or not we should if it puts the Kurds at risk or what we could do to protect them absent keeping our military stationed there, but that’s not what has been happening. And the liberty movement has had that football pulled out from under them too many times to expect that’s what any of this is actually about.

Don’t be a blockhead.