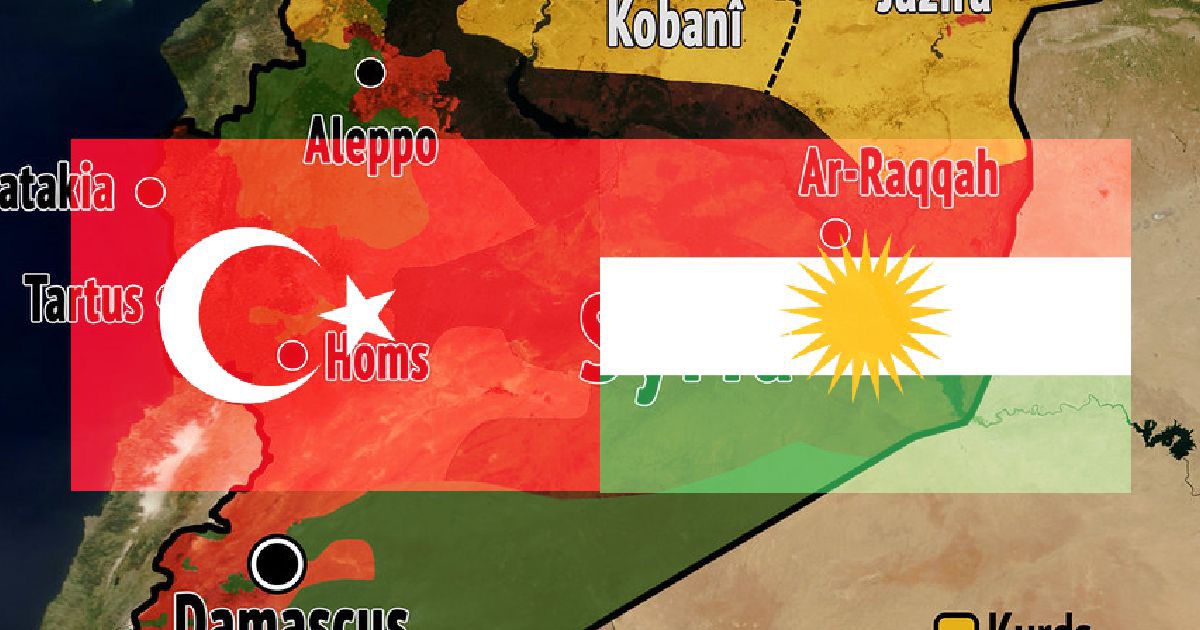 This morning Turkish military forces began an offensive incursion into north-east Syria, in an area controlled by Kurdish forces. The operation, named “Operation Peace Spring”, is said to be aimed at creating a “safe zone” along the Turkish border, ostensibly to house refugees from the Syrian conflict.

Trump, through tweet, had threatened to “obliterate” Turkey’s economy if it went “off limits” in the incursion, saying Turkey should “not do anything outside of what we would think is humane”. It’s unclear what red line is drawn in that tweet if Turkey has already bombed civilian areas.

As I have stated strongly before, and just to reiterate, if Turkey does anything that I, in my great and unmatched wisdom, consider to be off limits, I will totally destroy and obliterate the Economy of Turkey (I’ve done before!). They must, with Europe and others, watch over…

This comes days after the US re-positioned US forces away from the border after a phone call between President Trump and Turkey President Tayyip Erdogan. During that phone call, a National Security Council source told Newsweek, Trump was “rolled”.

“President Trump was definitely out-negotiated and only endorsed the troop withdraw to make it look like we are getting something—but we are not getting something,” the National Security Council source told Newsweek. “The U.S. national security has entered a state of increased danger for decades to come because the president has no spine and that’s the bottom line.”

The Kurdish fighters are widely recognized as US allies in the fight against ISIS in Syria. However, they have understandably made the Turkish government nervous as the territory they’ve held in Syria has grown. There is a large Kurdish separatist movement within Turkey’s borders, and a regional desire by many Kurds for a nation state, which could span Iraq, Syria, and Turkey. Turkey has long recognized Kurdish nationalism as a terrorist threat, and an active conflict has been ongoing between the Turkish government and the PKK for decades.

Within Turkey, even the words “Kurds”, “Kurdistan”, and “Kurdish” are banned, including in Kurdish areas, as is the Kurdish language, dress, folklore, and names. The Kurdish presence in Iraq has enticed Turkey’s government to conduct frequent ground raids and aerial bombardments of PKK positions.

Within Syria, the Kurdish YPG militia has provided the backbone of the Syrian Democratic Forces, and the YPG does have links to the PKK. Given the US’s own unwillingness to work with the dictator Assad and Russia to combat ISIS, the SDF have been our main allies in the Syrian conflict.

One worry about the Turkish offensive is that the Kurds currently house thousands of jihadist fighters in detention centers in the areas being attacked, and it’s unclear that these fighters will stay contained through the bombardment.

How this incursion affects US involvement in Syria, the fight against ISIS, or the overall Syrian civil war remains to be seen.