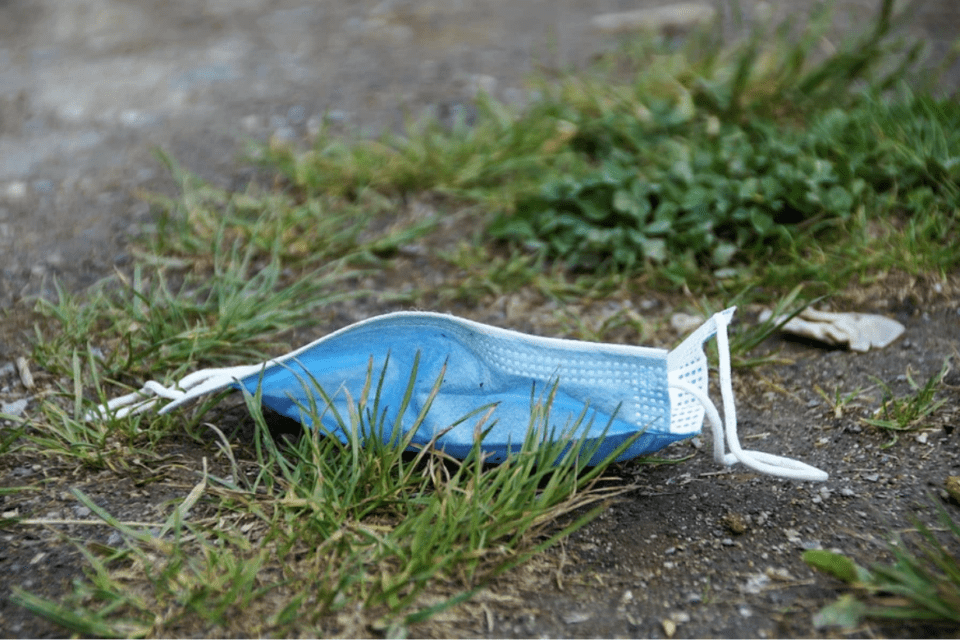 In April 2005, Charles Duelfer, the CIA’s top weapons inspector in Iraq, admitted in the CIA’s final report that after an extensive search, no weapons of mass destruction could be found.

Today it’s generally accepted that the presence of WMD was the primary basis for the Iraq War. Naturally, the absence of such weapons shook the world. The media blamed the politicians, the politicians blamed US intel, and the intelligence actors involved mostly defended their work.

The official word, chronicled in the Robb-Silberman report, concluded that “the Intelligence Community didn’t adequately explain just how little good intelligence it had—or how much its assessments were driven by assumptions and inferences rather than concrete evidence.”

The Iraq War WMD debacle is arguably the greatest expert “fail” in generations. The holy triumvirate—lawmakers, bureaucrats, and media—all failed to sniff out the truth. If any of them had, a war that cost trillions of dollars and claimed the lives of 100,000-200,000 people likely could have been avoided.

It would be difficult to surpass the Iraq blunder, but emerging evidence on COVID-19 suggests the experts—again: lawmakers, bureaucrats, and media—may have subjected us to a blunder of equally disastrous proportions.

A new NPR report suggests the global response to COVID-19 may have been reached on a flawed premise.

Mounting evidence suggests the coronavirus is more common and less deadly than it first appeared.

The evidence comes from tests that detect antibodies to the coronavirus in a person’s blood rather than the virus itself.

The tests are finding large numbers of people in the US who were infected but never became seriously ill. And when these mild infections are included in coronavirus statistics, the virus appears less dangerous.

“The current best estimates for the infection fatality risk are between 0.5% and 1%,” says Caitlin Rivers, an epidemiologist at the Johns Hopkins Center for Health Security.

That’s in contrast with death rates of 5% or more based on calculations that included only people who got sick enough to be diagnosed with tests that detect the presence of virus in a person’s body.

Many people will recall the fatality risk debate that took place prior to and in the early stages of the lockdowns. There was much discussion over how deadly the virus was and what the collective response to the virus should be.

“The public is behaving as if this epidemic is the next Spanish flu, which is frankly understandable given that initial reports have staked COVID-19 mortality at about 2–3 percent, quite similar to the 1918 pandemic that killed tens of millions of people,” Jeremy Samuel Faust an emergency medicine physician and an instructor at Harvard Medical School, wrote in Slate. “Allow me to be the bearer of good news. These frightening numbers are unlikely to hold.”

Similarly, on March 5 vaccine expert Paul A. Offit, who holds the Maurice R. Hilleman Chair of Vaccinology at the University of Pennsylvania, told Factcheck.org that he believed that the World Health Organization’s 3.4 percent fatality rate figure was too high, suggesting it was well below 1 percent.

“We’re more the victim of fear than the virus,” Offit said, adding that the world was witnessing a “wild overreaction” to the disease.

Voices like those of Faust and Offit were quickly drowned out, however. The 24-hour news cycle fanned collective fear and outrage that more was not being done. Runs on toilet paper and masks ensued. Neil Ferguson, professor of mathematical biology at Imperial College London, predicted millions would die in the “best-case scenario.”

Following the example of China, one of the most authoritarian regimes in the world, most of the developed world was placed in indefinite lockdown by their own governments.

The social and economic costs of the lockdowns soon became apparent. The US alone has seen 40 million jobs lost, many of which aren’t coming back. Recession looms. Hundreds of thousands of businesses have already been wiped away. The federal debt has surged to $26 trillion.

Unfortunately, the COVID disaster and the aforementioned Iraq War fit a familiar pattern. As the historian Paul Johnson has observed, most of the worst events of the 20th century were perpetrated by experts who used collective power to shape world events in a direction they believed was beneficial.

“One of the principal lessons of our tragic century, which has seen so many millions of innocent lives sacrificed in schemes to improve the lot of humanity, is—beware intellectuals,” Johnson wrote in The Intellectuals. “Not merely should they be kept away from the levers of power, they should also be objects of particular suspicion when they seek to offer collective advice.”

Nobody denies the immense cost of the lockdowns, but what was gained by them remains a subject of contention.

A May report from JP Morgan, as well as other evidence, suggests the lockdowns had little to no impact on the spread of COVID-19.

Marko Kolanovic, a physicist and strategist for JP Morgan, pointed out that a majority of nations saw declines in infection rates after the lockdowns were lifted.

“Unlike rigorous testing of new drugs, lockdowns were administered with little consideration that they might not only cause economic devastation but potentially more deaths than Covid-19 itself,” Kolanoviche said.

Similarly, a Bloomberg analysis in May found “little correlation between the severity of a nation’s restrictions and whether it managed to curb excess fatalities.” Meanwhile, Norway’s top health official recently stated that lockdowns were not a necessary step to tame the virus.

On the other hand, the Washington Post this week cited studies claiming the lockdown orders prevented hundreds of millions of COVID-19 infections and saved millions of lives.

These findings come with caveats, however. First, one of the studies was submitted on March 22—well before the vast majority of COVID cases had even occurred. The other study was conducted by researchers at the Imperial College of London, the same school from which Ferguson hailed. (He has since resigned after it was discovered that he broke the lockdown protocol he helped design by allowing his married lover to come to his home.)

Ferguson, who in 2005 said up to 200 million might die from bird flu (about 100 did), was asked by The New York Times in March what the best-case scenario was for the US during the COVID pandemic.

“About 1.1 million deaths,” he responded.

As of June 10, Ferguson is off by about a factor of ten. Why we should continue to listen to schools that have already proven to be so disastrously wrong is anyone’s guess. The “chicken little” story comes to mind.

In 2003, state actors led the world into a bloody, years-long struggle in Iraq to protect the world from nuclear weapons that didn’t exist—only to eventually learn how little US intel experts actually knew about Iraq’s nuclear capabilities.

In 2020, central planners from around the world decided to shut down the global economy to protect people from an invisible, highly contagious virus that will result in no or mild symptoms for up to 90 percent of its carriers.

Some lessons, it seems, are hard to learn.

Top 5 things to do after you buy Instagram likes