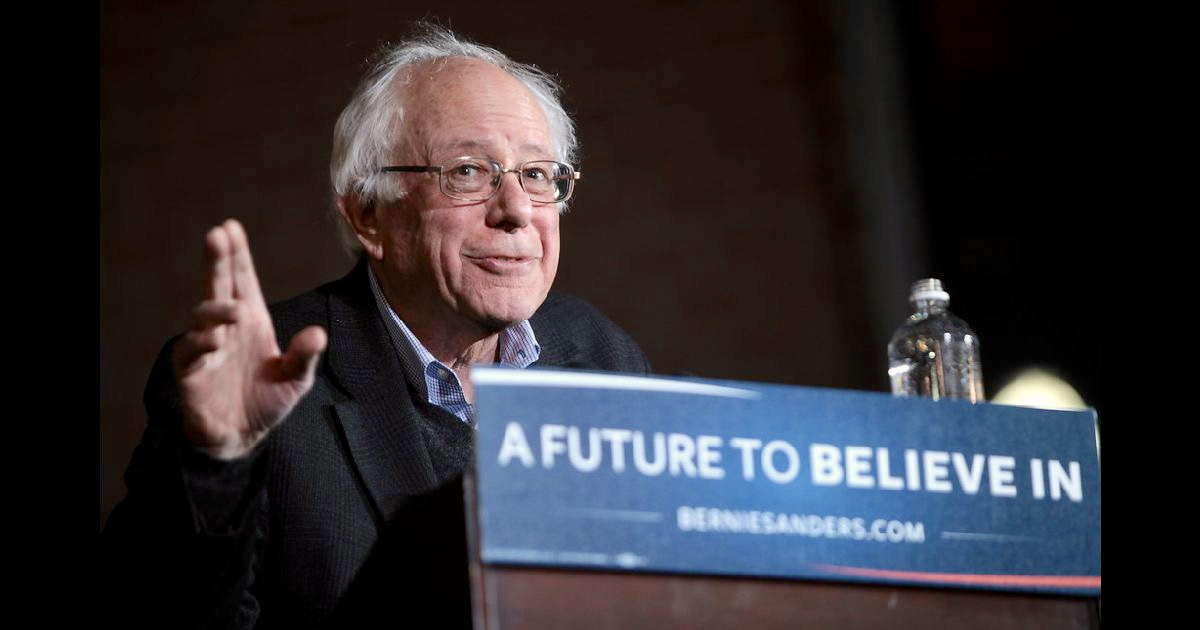 Much has been written on Bernie Sanders and his identification with outright socialism back during his heydays in the latter half of the 20th century; from his honeymooning in the Soviet Union, to his praising of breadlines and the Cuban regime, to the utter laziness he displayed while living in his hippie commune. Today, he goes under the banner of “democratic socialism,” which only turns the entire concept of socialism into a paradox.

It is paradoxical because inherent to socialism is its anti-democratic core. Both in theory and practice, socialism rejects the idea that human beings, left to their own abilities, are capable of living their own lives as they see fit; that human beings are capable of interacting with each other through institutions of their own devising. This includes the realm of economic exchange and the individual liberty to be able to engage in such economic exchange. The space in which these activities occur is the very essence of the democracy that socialism rejects: the free agency of people. And seeing as how socialism is primarily an economic doctrine (though it is also spiritual in many ways) which seeks to centralize and monopolize all market functions, the addition of “democratic” to the word “socialism” does absolutely nothing to absolve it of its anti-democratic nature.

However, when one examines the literature of socialism – primarily of socialist intellectuals – you will find that they like to make the distinction between what is called “authoritarian socialism” and “democratic socialism,” or “socialism from above” and “socialism from below.” In many ways, this can be seen as a possible origin point for the common refrain of “that’s not real socialism.” Regardless, many have made such a distinction, and those who prefer such distinction tend to favor “democratic socialism.”

Whether or not socialism is put into place by the will of the people from a bottom up movement, it always ends in the destruction of those very democratic processes and institutions that gave rise to it.

We also now live in a time where the word “socialism” itself has taken on a different understanding from its original. In one sense, there is an understanding of socialism simply as being capitalism’s opposite. In another sense, it is understood as being what Sweden has (which is in essence just capitalism + heavy taxes), where it is identified with democratic socialism.

Personally, I find the most likely answer to be the first one, where many people (particularly young people) see socialism as simply being the opposite of capitalism, but have no deeper understanding of what socialism itself is or what it has entailed throughout its history. It seems as though most people simply dislike what they perceive as the unseemliness of wealth concentration, the perniciousness of big corporations, and the anxiety of their future economic prospects. They use the word “socialism” to identify their dissatisfaction with these. Most people are not sitting around reading Das Kapital or Hal Draper when they come to identify themselves as socialists.

There are indeed those select few who do seem to identify “real socialism” or at least the ideal form of socialism with “democratic socialism.” Rather than being bogged down in the unread and abstract feelings of what most people nowadays seem to think socialism is, I would rather take on the intellectual pretensions of the theories put forward by the true socialists.

Today, many of their hopes and dreams are wrapped up in Bernie Sanders’ bid for the presidency, which in no small part is due to his professed “democratic socialist” beliefs. Despite such notions from Sanders, when using the intellectual socialists’ own terminology of “socialism from above” or “socialism from below,” and looking at the policies that Sanders’ has been proposing and what he plans on doing, in practice, he is an authoritarian socialist.

Setting aside the more obvious infringements of rights and the destruction of individual liberties that will come along with Sanders’ regime, he has no intention of being a friend to American democracy.

This brings to attention to a statement from Sanders himself from a New York Times editorial board interview. When the interviewer asks Sanders how he plans on passing legislation through a Mitch McConnell Senate, Sander responds:

“When I talk about a political revolution, it means being an administration unprecedented, certainly in the modern history of this country, maybe going back to F.D.R. Maybe even beyond F.D.R. So to me, what my administration is about is not sitting with Mitch in the Oval Office or wherever it is, negotiating something. It is rallying the American people around an agenda that they already support. All right? This is, I think, what makes me a little bit different than other candidates, and that is not only will I be commander in chief, I will be organizer in chief.”

Sanders explains that he has no interest in debate. He has no interest in “negotiating something” with the legislature – the literal representatives of the people. He is essentially saying that he has no intention of going through the political process and has no need to consult anyone because he will be operating under the pretense that “the American people” apparently “already support” whatever he’s planning on implementing.  All in the service of being an “organizer in chief.” What is that supposed to mean?

The view of “organizing” the entire society by means of the state has a long lineage in the history of American socialism and progressivism. It is not a description of building some kind of political coalition. It is a description of a technocratic planning out of society; turning the nation into an organism, led by the “brains” of the government and the supposed superior knowledge of its bureaucrats. In other words, social engineering.

This view can be found in Woodrow Wilson, where he describes the government as “a living thing” that falls “under the theory of organic life.”

Before that, the American socialist Laurence Gronlund, who helped to popularize Marx in America, stated in The Cooperative Commonwealth: “It is not that the State merely resembles an organism, but it, including with the people all the land and all that the land produces, literally IS an organism…”

As Arthur Lipow, in Authoritarian Socialism in America describes the view of possibly the most influential socialist in 19th century America, Edward Bellamy: “Organization in the form of the…the omincompetent State, collectivist and bureaucratic all, would end the anarchy of laissez faire capitalism and give to every individual… a place and a function in the social organism.”

This is all characteristic of authoritarian socialism, or “socialism from above.” There is no “debate” in such a state. Whatever the state decides is best for the society. The society must listen and obey because in this worldview, the state knows what is best for you, and there is no time for sitting down and “negotiating something.”

Bernie Sanders’ agenda plainly falls into this worldview. Apart from using powers “unprecedented” in American history to force his agenda on the entire country, his most authoritarian instincts are reflected in his campaign issues.

As part of his national organism, he plans on “creating” something close to 20+ million federal jobs in rebuilding infrastructure, healthcare, childhood education, and other work relating to the environment. This, of course, will not be possible without an accompanying increase in our national debt, which would induce runaway inflation, facilitate job loss in the private sector that the government will be competing with. This would likely result in the state simply nationalizing those very industries for which they are “guaranteeing” jobs. Moreover, we’ve done this kind of thing before with F.D.R., and the result was the prolonging of the greatest economic recession in the history of this country. Interfering with the marketplace always leads to a misallocation of resources and fosters uncertainty.

Bernie Sanders does not understand basic economics. Neither he nor the state has the kind of knowledge necessary to facilitate their grand vision of creating heaven on Earth. The state is not designed to do this for people. You do not bureaucratize your way to creating “a stronger sense of community,” as Sanders states in his campaign issues. Families do this. Your local community does this. The civic associations, church, group of friends, and all of the other networks of membership and belonging one is connected to do this for a person. This is the democratic space in our country that Sanders’ agenda will ruin.

Why commit yourself to your local community, your family, or other civic institutions when Bernie Sanders and the government will be there to direct and “organize” your life for you?

Bernie Sanders is an authoritarian socialist. He uses the pretense of “democratic socialism” to push forward his technocratic and anti-democratic policies and inclinations, and has won the hearts and minds of young socialists who don’t understand their own theories or their own intellectual history. He is the last thing America needs right now.