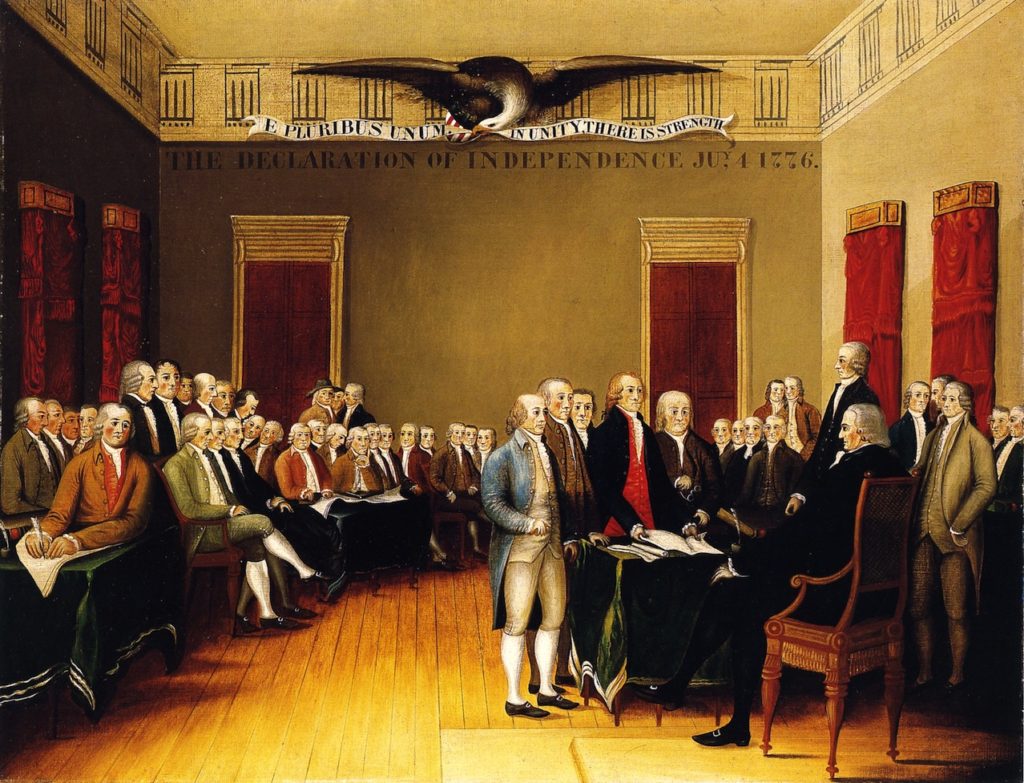 “When in the Course of human events, it becomes necessary for one people to dissolve the political bands which have connected them with another, and to assume among the powers of the earth, the separate and equal station to which the Laws of Nature and of Nature’s God entitle them, a decent respect to the opinions of mankind requires that they should declare the causes which impel them to the separation.”

This is the first paragraph of the Declaration of Independence, and it reflects the sentiment which drove the Founding Fathers to seek a separation of the United States from England. This separation was accomplished through the American Revolution. The men who fought for America’s independence suffered harsh winters, dreadful diseases, and seeing their fellow fighters injured and dying all around them. Nevertheless, they fought on and eventually won the war.

As important as their work was, though, the American Revolution wouldn’t have happened at all if not for the philosophical revolution that preceded it. Growing dissatisfaction with English rule, as well as a lack of representation, inspired the colonists to write and share documents espousing the right of the people to determine their own destiny and criticizing the king for imposing ever-increasing burdens on them. After it became clear that petitions and protests wouldn’t restore their liberties, they took actions which eventually resulted in America’s independence.

Now, over 240-years-later, the state of the union is far worse overall as far as freedom is concerned than it was before the American Revolution. Some of the problems include prisons filled with peaceful people who’ve never hurt anybody else, endless foreign wars, high taxes on nearly everything in every facet of our lives, indefinite detention of American citizens without formally charging them with a crime or respecting their right to a trial, constant monitoring of all electronic communication, mountains of debt and unfunded liabilities, currency that is almost worthless, increasing restrictions on firearm ownership and carry, countless regulations that hamper businesses and restrict competition, militarization of the police, and politicians who are bound to special interest groups who use the power of the state to profit at the expense of their competitors and customers. These issues represent but a small portion of the current obstacles to freedom.

It’s easy to get discouraged about the prospect of reclaiming liberty when looking at the problems mentioned in the previous paragraph. However, the organized movement of people tired of tyranny and longing for freedom is strong. These people represent the ideals that started the American Revolution: individual liberty, smaller government, and the right to life, liberty, and the pursuit of happiness. As the spiritual and intellectual heirs of the Founding Fathers, they are willing to rock the boat, challenge authority, question established ideas, and, in some cases, lose their liberty or even their lives in the process of standing up for their beliefs. It is through their blood, sweat, and tears that the torch of freedom remains lit.

The time has long since passed for a return to the ideas of freedom and individual sovereignty upon which this country was founded. In remembrance of those who some 240 years ago stood up to the tyrants amidst the struggles of their own time, let us stand together today and say “No more”. For it is only through unity for a common cause that we will succeed, and, in doing so, preserve the ideas and the freedoms worth celebrating on this and every Independence Day.