While walking reporters through the ins-and-outs of the legislation at his weekly press conference Thursday, House Speaker Paul Ryan said they plan to pass additional legislation with replacement language, and that they couldn’t attach such wording to the reconciliation bill due to procedural restrictions in the Senate.

Cotton responded that it will be difficult to get the 60 votes needed for the bills to pass the upper chamber.

“Phase 3 is some imaginary bill that might pass with Democratic support,” he said during an appearance on Laura Ingraham’s radio program Monday. “Well if we had Democratic support we wouldn’t need Phase 2 and Phase 3, we would just be passing a bill right now with Democrats and more than 60 votes. That’s why it’s important that we get this bill right, because we have no guarantees about what might happen in the mythical Phase 2 and Phase 3.”

Cotton called on the House to “take a pause” in moving forward with the bill, blasting its architects for making the bill public Monday and moving it to committee Wednesday — which he feels didn’t leave enough time for review.

Leadership said they are working quickly to deliver on their promise to repeal the Affordable Care Act, noting the party has been working to dismantle the bill for years.

Cotton isn’t the only lawmaker express trepidation towards the plan. Conservatives in both chambers have pushed back on a number of provisions. Members of the House Freedom Caucus and members of the Republican Study Committee have voiced concerns over the bill’s language on tax credits, which they feel creates a new entitlement program, the 30 percent increase on premiums for those who drop coverage and the timeline on rolling back the Medicaid expansion funding.

Top Republicans who support the measure noted they held numerous break-out sessions and conference meetings while crafting the legislation to address members issues. 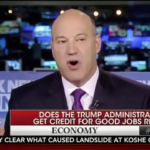 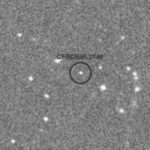