Just weeks after President Donald Trump called on Congress to table repealing and replacing Obamacare and instead move forward on tax reform, he has reversed course, saying health care reform should once again be GOP lawmakers top priority.

The comments came after the administration rebooted its efforts to assist in negotiations after the House bill was pulled from the floor in March due to a lack of consensus between conservatives and moderates in the conference. Trump had instructed Office of Management and Budget Director Mick Mulvaney to deliver an ultimatum on the bill the week the vote was stated to take place — telling members they could either vote for the measure or move on to different legislative priorities — leaving one of their top campaign promises in limbo. In the wake of the political blunder, Vice President Mike Pence had taken the helm on helping Republicans in the lower chamber strike a deal members across the party feel comfortable supporting.

While members were unable to reach a consensus before they for their two-week left for Easter recess, members say they are inching closer to striking a deal, with many noting the deficit reduction from repealing Obamacare would make accomplishing tax reform easier for the legislative body.

“I want to get health care done … I think I will get it done,” Trump told The Wall Street Journal, adding he’s not open to setting guidelines for Congress on tax reform without completing the Obamacare repeal first.

Trump took to social media to threaten to support primary challenges for members of the House Freedom Caucus shortly after the vote was cancelled, but has since retracted his comments, saying he has a “renewed confidence” in the powerful conservative group. If concessions to conservatives in the deal lead to enough moderates to back away from the measure, the president said he’s not ruling out working across the aisle on a plan.

“Obamacare is dead next month if it doesn’t get that money,” he told the WSJ. “I haven’t made my viewpoint clear yet. I don’t want people to get hurt … What I think should happen and will happen is the Democrats will start calling me and negotiating.”

With health-care reform slated to provide billions to offset tax cuts, the administration is eager to get the Obamacare repeal bill passed.

“That’s the biggest driver in that decision,” a White House official told the paper.

GOP House leadership said it’s hopeful they will be able to garner enough votes to pass legislation soon, but doesn’t want to put an “artificial timeline” in place in fear it might derail their progress. 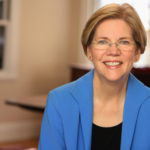