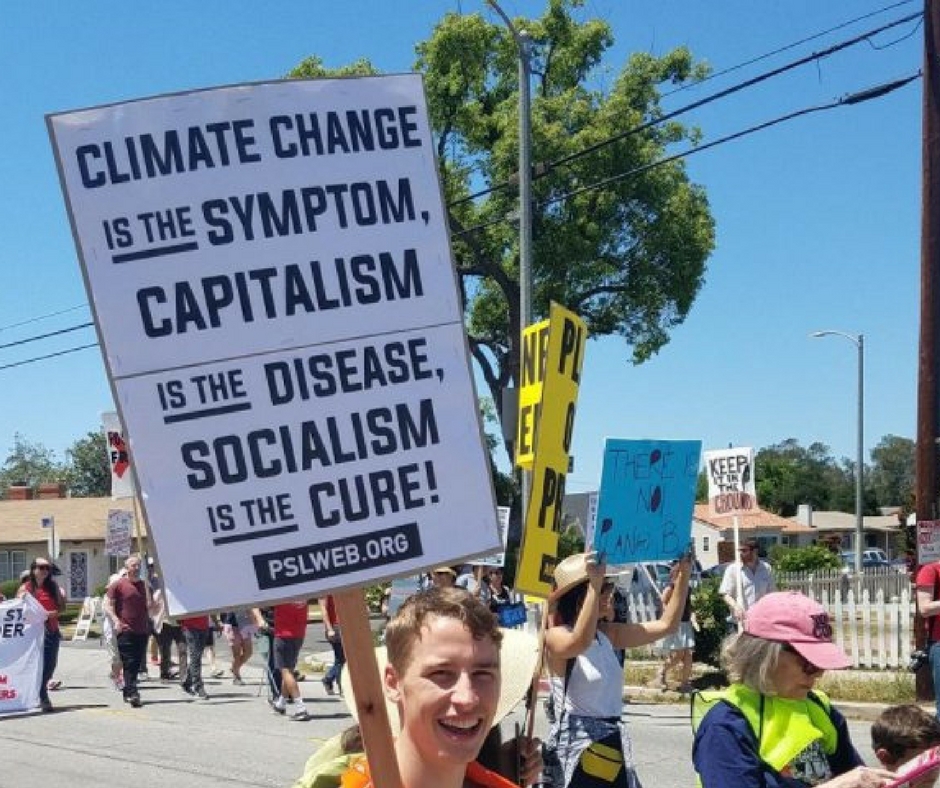 Environmentalists have linked arms with the oil industry to push a nationwide tax on carbon dioxide emissions as a “conservative” way to fight global warming.

The Climate Leadership Council (CLC) unveiled Tuesday some of the world’s largest oil and gas companies were among its donors, including BP, ExxonMobil, Total and Royal Dutch Shell.

Former Republican officials, including former Secretary of State George Shultz and Bush economic adviser Gregory Mankiw, joined CLC to push its carbon tax proposal. Yet, no elected Republicans back this proposal, neither do most conservative groups.

According to the group’s WSJ ad, CLC wants a “gradually rising and revenue-neutral carbon tax,” starting at $40 per ton, and hand out “dividend payments to all Americans, funded by 100% of the revenue.”

The group also says the U.S. could “rollback of carbon regulations that are no longer necessary” and impose a border tax “to level the playing field and promote American competitiveness.”

CLC is a strategic partner with the World Resources Institute (WRI), an environmental group that backed the Paris climate accord and Obama administration energy regulations.

“President Trump and Congress would do well to heed these voices and put in place policies like the CLC proposal to achieve these twin goals,” WRI President Andrew Steer said in a statement on CLC’s unveiling of its oil industry funding.

Though Steer seemed to diverge from CLC on regulations. He proposed keeping existing global warming policies in place until a carbon tax is imposed, adding that “complementary policies addressing other market failures and non-carbon greenhouse gasses will be needed.”

Environmentalists have been working for years to convince conservatives to support a carbon tax, including pumping money into right-leaning groups. But so far, few Republican officials or conservative activists embrace the idea.

CLC’s timing may also be off. A carbon tax is sold as a compromise to federal regulations, but the Trump administration is already in the process of repealing Obama-era climate rules and will withdraw from the Paris agreement.

In other words, there’s no compromise to be made.

Large oil companies have backed carbon taxes in the past, and now some fund CLC’s plan for a $40 per ton carbon tax.

Most notably, Exxon has backed a carbon tax for years, including under former CEO Rex Tillerson, who now serves as secretary of state. Europe-based oil companies BP and Total want the U.S. to price carbon for “consistency” between the U.S. and Europe.

A carbon tax would also encourage more utilities, at least in the short-term, to use more natural gas, which emits less than coal. BP, Exxon, Total and Shell are all heavily invested in natural gas production and trading.

Trump: If Otto Warmbier ‘Was Brought Home Sooner, The Results Would Have Been A Lot Different’