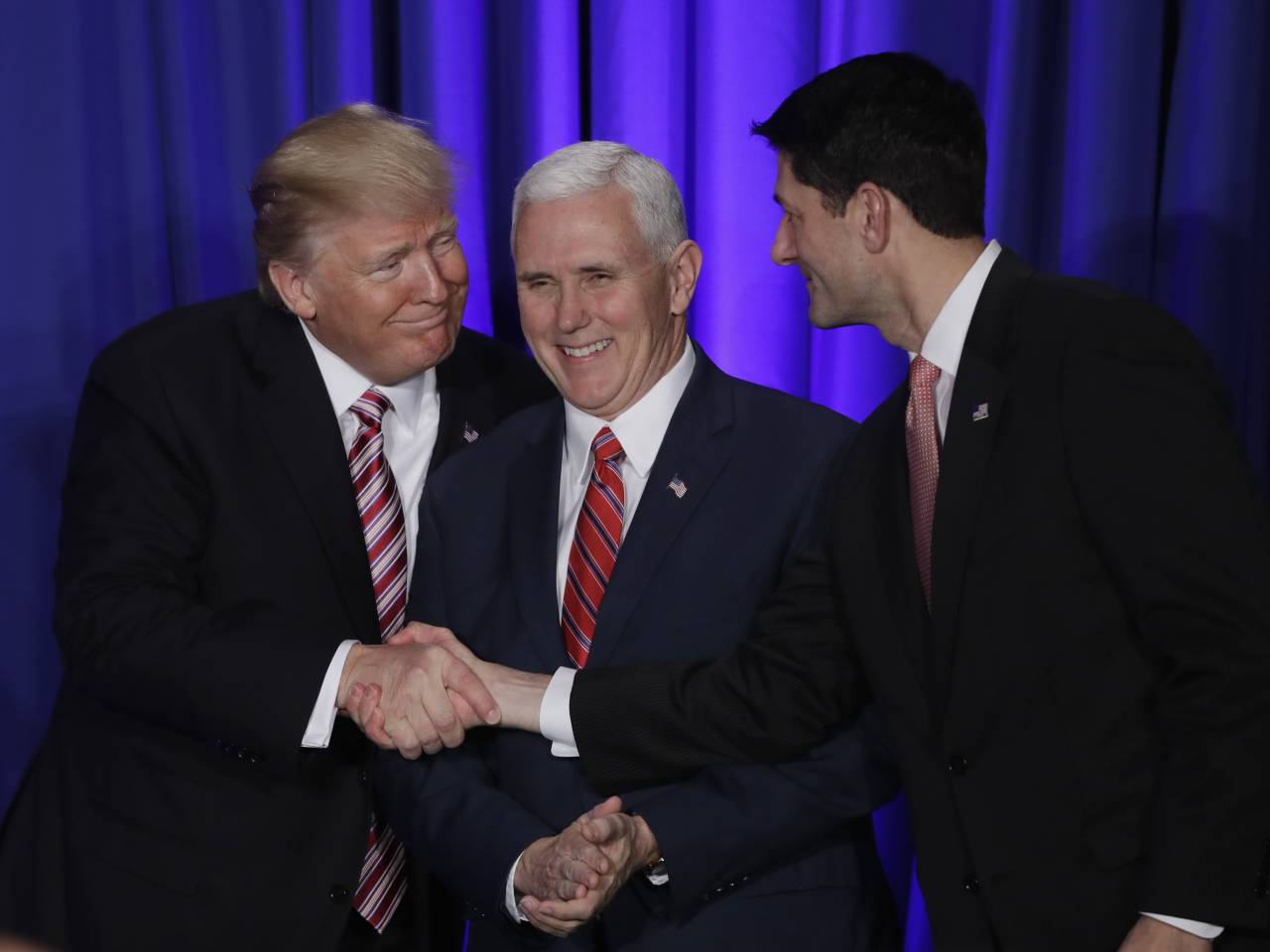 The White House is hoping the House Republicans’ Obamacare repeal bill will be brought to the floor for a vote the next week, shortly after they return from their Easter recess.

The administration is hoping to get repeal passed before President Donald Trump’s 100th day in office. Vice President Mike Pence, Office of Management and Budget Director Mick Mulvaney and White House Chief of Staff Reince Priebus have spearheaded the renewed efforts to help Republicans negotiate a deal they all feel comfortable supporting.

“The question is whether it can get 216 votes in the House and the answer isn’t clear at this time,” a senior GOP aide told Politico. “There is no legislative text and therefore no agreement to do a whip count on.”

ᐧGOP lawmakers are expected to see new legislative text as soon as Friday and no later than the close of the weekend, Politico reports.

House Speaker Paul Ryan confirmed they were working on the “finishing touches” of the legislation Wednesday.

Leadership has largely taken a backseat in the process. They have instead opted for a bottom-up approach in an attempt let members reach a consensus on text that will placate all factions of the conference. House Freedom Caucus Chairman Mark Meadows and moderate Tuesday Group Co-Chairman Tom MacArthur have been attempting to come together on a deal that would allow states to opt-out of certain Obamacare regulations. While members are coming closer to a consensus, it appears leadership is still short on the votes needed to pass the bill.

“There is no legislative text yet for the MacArthur-Meadows agreement that has been floating around, and until there is legislative text, there would not be a whip count. Given that, there is not a scheduled vote yet,” a GOP aide told The Daily Caller News Foundation.

The GOP conference is expected to discuss the bill on their conference call Saturday.

The initial bill was pulled off the floor in March due to a lack of consensus between conservatives and moderates. Members of the conservative House Freedom Caucus were hoping to see a number of the Title I regulations repealed, arguing it was the only way to bring down premiums in a meaningful way. Moderates argued repealing certain language could potentially lead to insurers refusing to cover individuals with preexisting conditions.

French Media Report 2 Police Have Been Shot in Paris

Rand Paul: McCain and Graham are Blind to the Risks in Syria