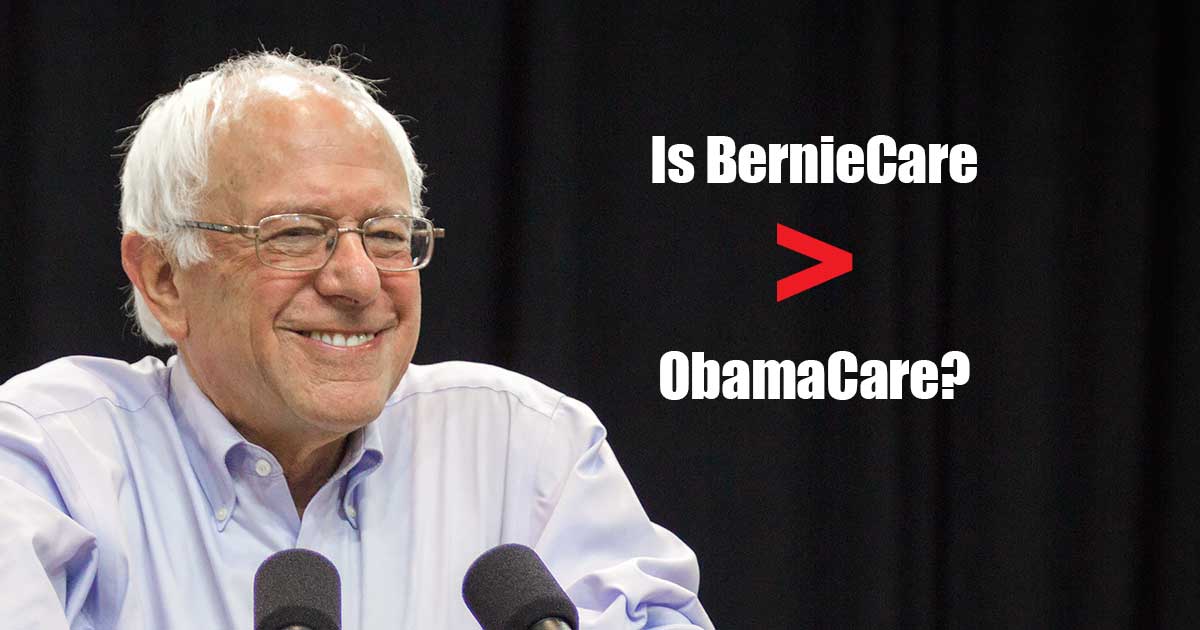 President Barack Obama claimed that the majority of Americans don’t like Obamacare because they want Berniecare.

The American people are not upset about the various problems Obamacare imposes upon them, Obama told Vox on Facebook Live Friday, adding that their distaste simply reflects a preference for healthcare reform closer what Sen. Bernie Sanders proposes.

Obama said that those who are unsatisfied with Obamacare are a “bunch of Bernie Sanders supporters who wanted a single-payer plan.”  In his opinion, the problem is not that Americans think Obamacare is a failure, but that “they don’t think it went far enough and that it left too many people still uncovered, that the subsidies that people were getting weren’t as rich as they should have been, that there’s a way of dealing with prescription drug makers in a way that drives down those costs.”

Essentially, the outgoing president’s answer to a failing government project is more government control and even greater intervention in the healthcare marketplace, which is exactly what Sanders envisions.

Sanders proposes a plan that institutes a “single-payer plan” loosely modeled after socialized medicine schemes in Canada and the majority of Western Europe. In Sanders’s plan, government, not patients and private companies, would manage the trillions of dollars the U.S. spends on healthcare annually, with states acting as administrative subcontractors.

Obama’s deconstruction of his own signature legislation are interesting, since almost any poll tracking public views of Obamacare reveals a majority of Americans are largely unhappy with how healthcare is functioning within the U.S. In fact, absent preexisting conditions and children staying on their parents’ plans until the age of 26, there is no legitimate poll showing a majority of Americans support Obamacare.

Furthermore, barring the pharmaceutical industry, there is no indication that Americans want more government intervention in the healthcare marketplace. The majority of Americans, some 50 percent, oppose Obamacare in its entirety, according to Gallup. Forty-six percent said they found Obamacare to be generally unfavorable last month, the Kaiser Family Foundation reports.

The only documented consensus reached among the American people concerning government involvement in healthcare relates to restraining prescription drug prices.

Two of the chief claims of Obamacare are that it would make health insurance and patient care more affordable for millions of American, claims that have not played out in many tangible ways.

In point of fact, the cost of healthcare in the U.S. is skyrocketing. Healthcare costs, from the price of prescription drugs to doctors appointments, rose the most in August than any other time since 1984. While the prices of actual healthcare services are rising, the cost of even obtaining insurance is becoming so expensive that is prohibitive for some consumers.

Insurance premiums will rise by double-digit percentages in 2017, the Obama Administration announced in late October. Premiums will increase at an average of 25 percent across the 39 states serviced by the online marketplace healthcare.gov.

Adding to consumer woes is that fact that around 20 percent of consumers, or one-in-five, will only have one insurer from which to choose. (RELATED: White House: Obamacare Premiums Will Rise By Double-Digits Next Year)

Top Seven Reasons the Left is the New Moral Majority