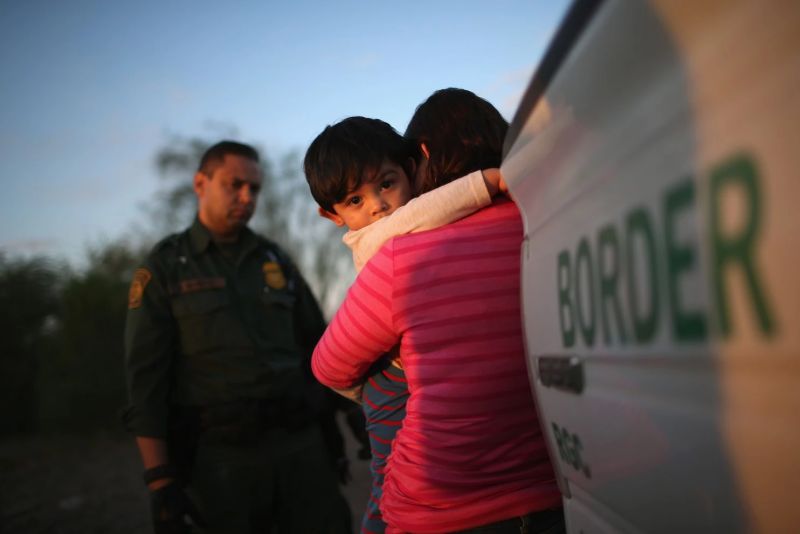 Liberals who have blasted Republican immigration policy may be surprised to learn that the Obama administration is gearing up to deport families who fled violence in Central America. The Homeland Security raids will target families who came over in the last year as part of surge of illegal immigrants that included many unaccompanied children.

DHS is preparing for the raids with Immigration and Customs Enforcement agents which are expected to begin next month. It is being reported that children and adults who have been ordered removed from the US will be the targets of the raids.

The Washington Post reports that the issue has been a contentious one in the White House:

The proposed deportations have been controversial inside the Obama administration, which has been discussing them for several months. DHS Secretary Jeh Johnson has been pushing for the moves, according to those with knowledge of the debate, in part because of a new spike in the number of illegal immigrants in recent months. Experts say that the violence that was a key factor in driving people to flee Central America last year has surged again, with the homicide rate in El Salvador reaching its highest level in a generation. A drought in the region has also prompted departures.

The pressure for deportations has also mounted because of a recent court decision that ordered DHS to begin releasing families housed in detention centers.

Of course, Donald Trump has made waves lately discussing his plan to round up and deport all individuals who are here illegally. While the Obama administration’s action are distinct from Trump’s plans whereas they rely on judges’ rulings and due process (an important difference), the comparison is one Obama and liberals will likely not enjoy.

Fox reports on the coming raids and deportations:

Switzerland Hands Out The Last Of Its Work Permits For Strippers