New York City is already struggling to maintain its $15 minimum wage after only being in effect for around six months, according to The Wall Street Journal.

Business owners in the city have said that these are the unintended consequences of the new minimum wage law which took effect earlier this year.

Susannah Koteen, who owns Lido Resturant in Harlem, says she has concerns about the effects of the minimum wage law on her restaurant, where she employs 40 people. She says she hasn’t had to lay off anyone yet, but raising wages has forced her to cut back on overtime and the number of shifts her employees can work as a result of the new law.

“What it really forces you to do is make sure that nobody works more than 40 hours,” Ms. Koteen said. “You can only cut back so many people before the service starts to suffer.”

Ms. Koteen said she shelved plans to move her restaurant to a larger location. That would require her to hire more staff, and she isn’t willing to take the risk with the unpredictability of her business. “You would just have no choice but to cut people at the bottom,” she said

Thomas Grinch, president of the Queens Chamber of Commerce, says that the minimum wage law has contributed to an increase in small business closures in the past six to eight months. 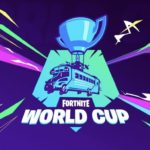 The Fortnite World Cup Finals Come to An End 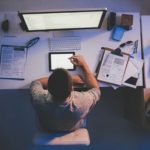 How To Launch Your Own Online Casino