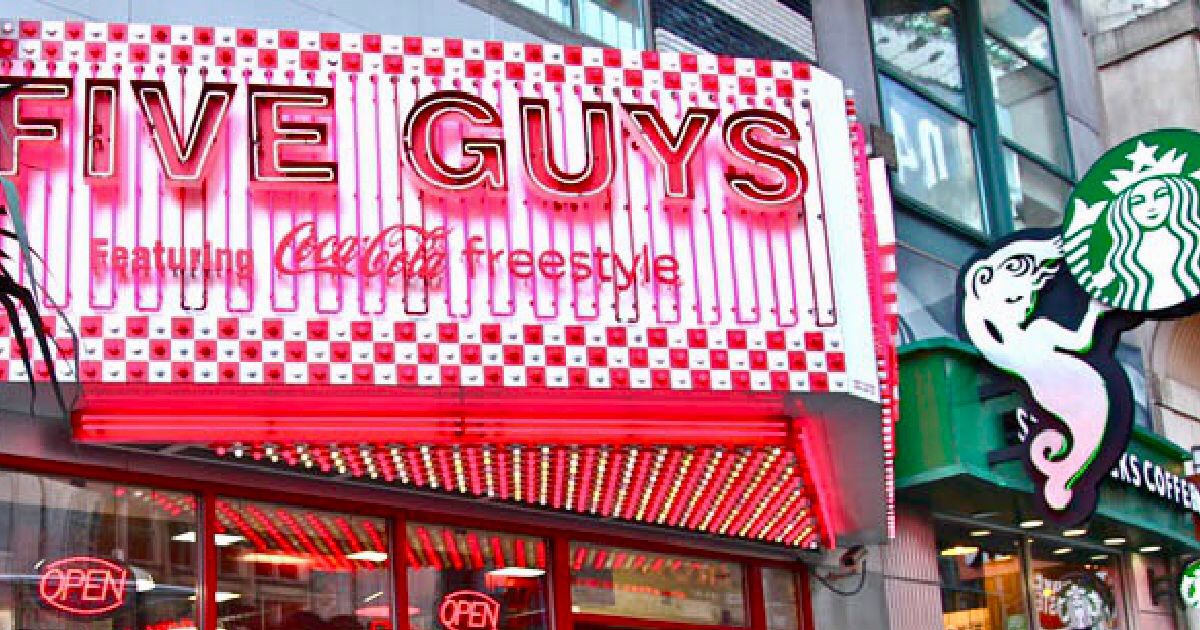 Some New Yorkers are quite upset by the recent raise of the minimum wage in the state to $15, which has resulted in restaurants all over the city raising their prices, according to the New York Post.

The minimum wage in the city has been raised from $13 and 13.50 in some places to $15 at the beginning of 2019.  The people who rely on fast food restaurants for their daily lunches have been vocal in their disappointment with the wage hike as it has resulted in restaurants raising their prices.

“It’s obnoxious – kind of a slap in the face,” Starbucks patron Edward Beck told the Post. “Another increase and I won’t come back.”

Five Guys fan Marlon Henry, 43, is already changing his lunch plans thanks to heightened prices. “I was just telling my buddy these fries are expensive,” says the fire alarm inspector, who lives in Queens. Employees of the chain’s West 48th Street and Sixth Avenue location tell The Post that the fries have only increased by 10 cents since the new year, but that the price for burgers has gone up by $1. It’s all too much for Henry, who says he’ll go to other fast food spots to get his fix: “I won’t come back here.”

Restaurants have had to raise their prices in order to adjust to the new salary they must pay their workers, but fear that the price increase will result in a decrease in business.

“[Restaurants] feel they’re getting to a point where the customer might reject the higher prices, choose a different way to eat out, or eat their own food,” said Melissa Fleischut, president and CEO of the New York State Restaurant Association.

To make matters worse, the minor changes implemented in New York City aren’t enough to make up for the rising cost of the minimum wage. Jon Bloostein, the founder of a Manhattan chain restaurant, said there need to be more changes by businesses to afford the raise – but they were given very little time to adjust.

“It’s too much too fast,” said Jeremy Merrin, founder of the Havana Central restaurant in Times Square. “The shock of raising [the wage] at that rate in that short time – you just can’t catch your breath.”

As Jazz Saw wrote for Hot Air, this was all painfully predictable:

“None of this required an Ouija Board to figure out. If the government artificially drives up labor costs, the restaurants (who always operate on very thin margins) were going to have to make up for that surge in costs someplace. They could either fire some of the staff, reduce the hours they work, or raise prices. Usually, it was going to be some combination of all of them. But you can only operate a business with a skeleton crew for so long.”

Setting a minimum wage is always counter-productive to economic growth as these videos from Prager Univerisity beautifully explain.

When it comes to the anticipated sweet taste of success with a higher minimum wage, New Yorkers are finding that reality bites.