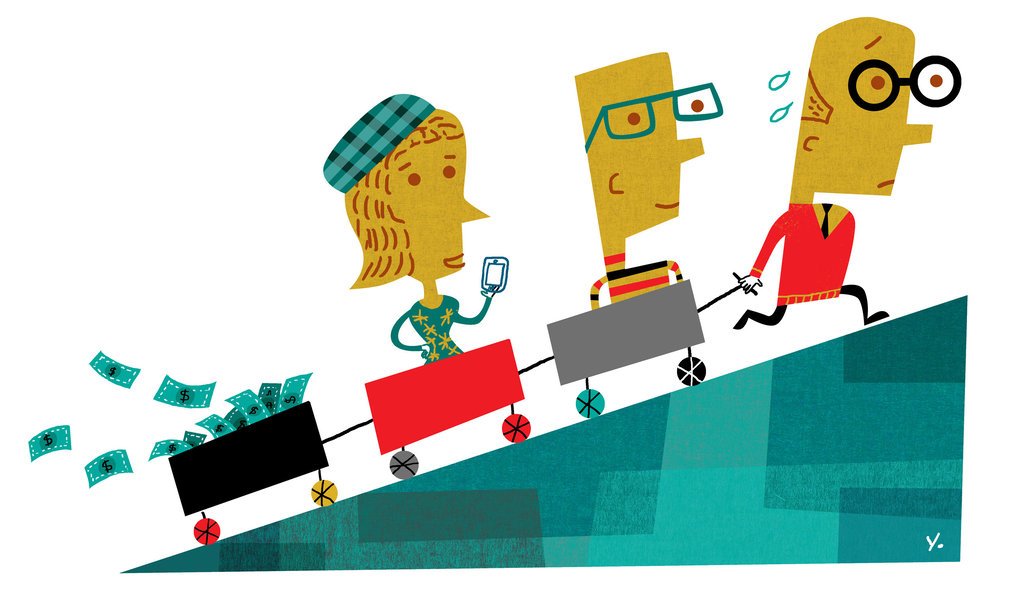 Millennials are costing the U.S. economy more than $376 billion a year, according to a recent Gallup poll.

The poll found that between 2008 and 2015, the economy lost approximately $949 million per day and $346.4 billion a year due to the lack of millennials spending money. An additional $30.5 billion was lost to high turnover rates in millennial employment.

Gallup stated the decline in millennial spending was the result of the Great Recession.

“Among Americans overall, spending has declined since 2008,” Gallup said. “Currently, millennials spend an average of $85 per day and account for 28% of all daily per-person consumers spending in the U.S.”

Breaking down the demographic makeup of over 73 million millennials, the study found that their spending habits mirrored that of the baby boomers of the post-World War II era.

Spending habits were a big portion of the deficit, while the labor market was the underlying factor.

Gallup says people are mistaking their indifference in climbing up the socio-economic ladder for entitlement and this could be a dire mistake.

“Millennials have the capability to alter the very fabric of America,” Jim Clifton, CEO of Gallup, said. “Millennials are waiting longer to get married and have children, and they’re less likely than other generations to identify with specific religions or political parties.”

The indifference is said to be a result of the lack of quality work, management and consistent communication and feedback.

“The strength of the workplace and marketplace depend on what the millennial generation can accomplish [and] if millennials cannot find good jobs, the economy will continue to lag,” Gallup said. “If they are not engaged in those jobs, companies’ profitability, productivity and innovation will suffer.”