College freshman Tessa Majors was brutally stabbed to death last week in a New York City park. The NYPD believes her murderer is a 13-year-old middle school student. Those facts alone are atrocious.

To add insult to injury, the head of the Sergeants Benevolent Association, Ed Mullins, claims that Majors was buying marijuana in the park and that is what put her in this dangerous scenario. He explains how he believes that recent limits on enforcement of marijuana laws in New York City contributed to this deadly situation.

What I am understanding is that [Majors] was in the park to buy marijuana….We don’t enforce marijuana laws anymore. We’re basically hands-off on the enforcement of marijuana. I understand the mayor made statements that this is surprising on how this can happen in New York City….I really have to question what world he’s living in to think that this is surprising, when we are watching the city slowly erode, with shootings, stabbings, an increase in homicides and, most importantly, a hands-off policing policy.

Majors’ family is taking offense to Mullins’ comments because, “…they intentionally or unintentionally direct blame onto Tess, a young woman, for her own murder.”

Nick Gillespie at Reason sees Mullins’ words as yet another reference to the old “reefer madness” hysteria, “…in which devil weed is the source of all forms of evil and criminality, even when it remains illegal.”

I can’t define what Mullins meant in his comments. I don’t read hearts and minds and, honestly, I don’t want to. But I did listen to the entirety of his radio interview. It doesn’t strike me as blatant victim-blaming. In actuality, he is taking way more swipes at NYC Mayor Bill De Blasio.

Furthermore, his comments are not textbook “refer madness” stuff because he never once says that these young teens went on a murderous rampage because they took a few too many hits of the devil’s lettuce. In context, Mullins blames the violence on the city (including Majors’ murder) – on somewhat of a lawless society that allows offenders to spin down a more violent hole.

There are many things that Mullins said in the interview that are questionable. Maybe he does hold to disproved parts of “reefer madness” and blames victims for being victims of violent crime, but I didn’t get that from this one radio appearance. He could be giving listeners a probable reason that an eighteen-year-old would be alone in a questionably safe park at night. But don’t take my word for it, listen to it here.

The problem is that NYC law enforcement might have given up on enforcing laws against marijuana consumption and trade, but it is still not legal to be bought and sold. (There is some liberalization on patients using it for medicinal purposes, but its effects are minimal).

In the same way alcohol prohibition enriched criminals, the marijuana black-market just proliferates and seedy characters take advantage of the fast cash they can make while providing consumers with a product that they demand. 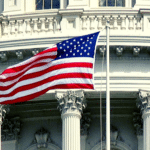 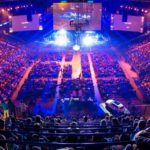