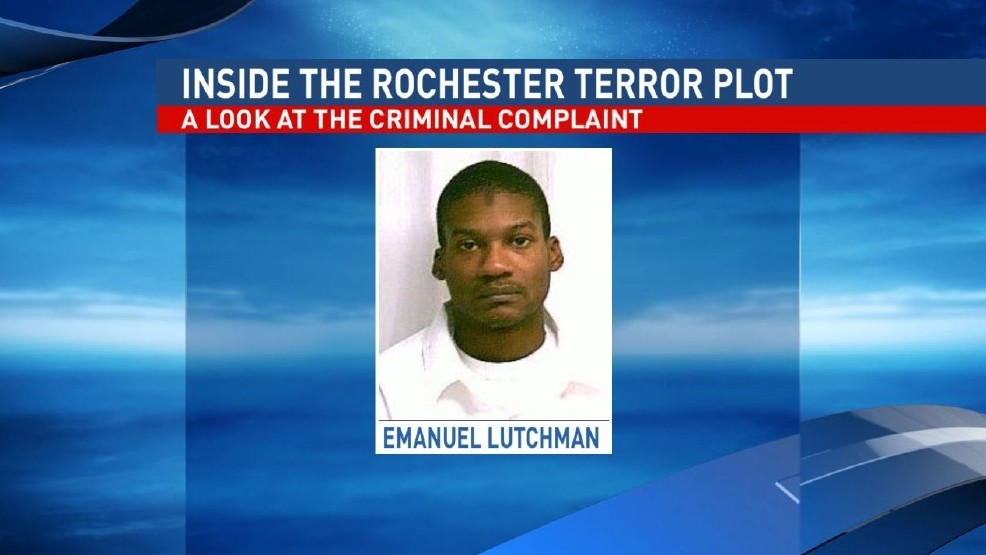 Emanuel Lutchman of Rochester, New York was sentenced to 20 years in federal prison Thursday, for planning a 2015 New Years Eve machete attack at the behest of the Islamic State.

Lutchman fell under the auspices of an American-born ISIS fighter in Syria known as Abu Issa Al Amriki, who directed him to carry out a plot against Americans. The Department of Justice notes that “Lutchman admitted that he intended to conduct an attack that could be claimed by ISIL and that could also help him gain membership into ISIL when he thereafter traveled overseas to join the terrorist organization.”

Immediately after hearing his sentence Lutchman screamed at the court, “there’s going to be more of us.” After Lutchman is released from prison in 20 years, he will placed on 50 years of supervised release. His sentence effectively ensures he will remain ensnared by the criminal justice system for the remainder of his life.

The day before he was supposed to carry out his attack Lutchman filmed a video declaring his allegiance to the ISIS. “In reference to the planned New Year’s Eve attack, Lutchman stated, “the blood that you spill of the Muslim overseas we gonna spill the blood of the kuffar,” the Justice Department notes, and asked Allah to “make this a victory.”

Ordering ‘Fries Extra Crispy’ Got You Weed At This Drive Thru