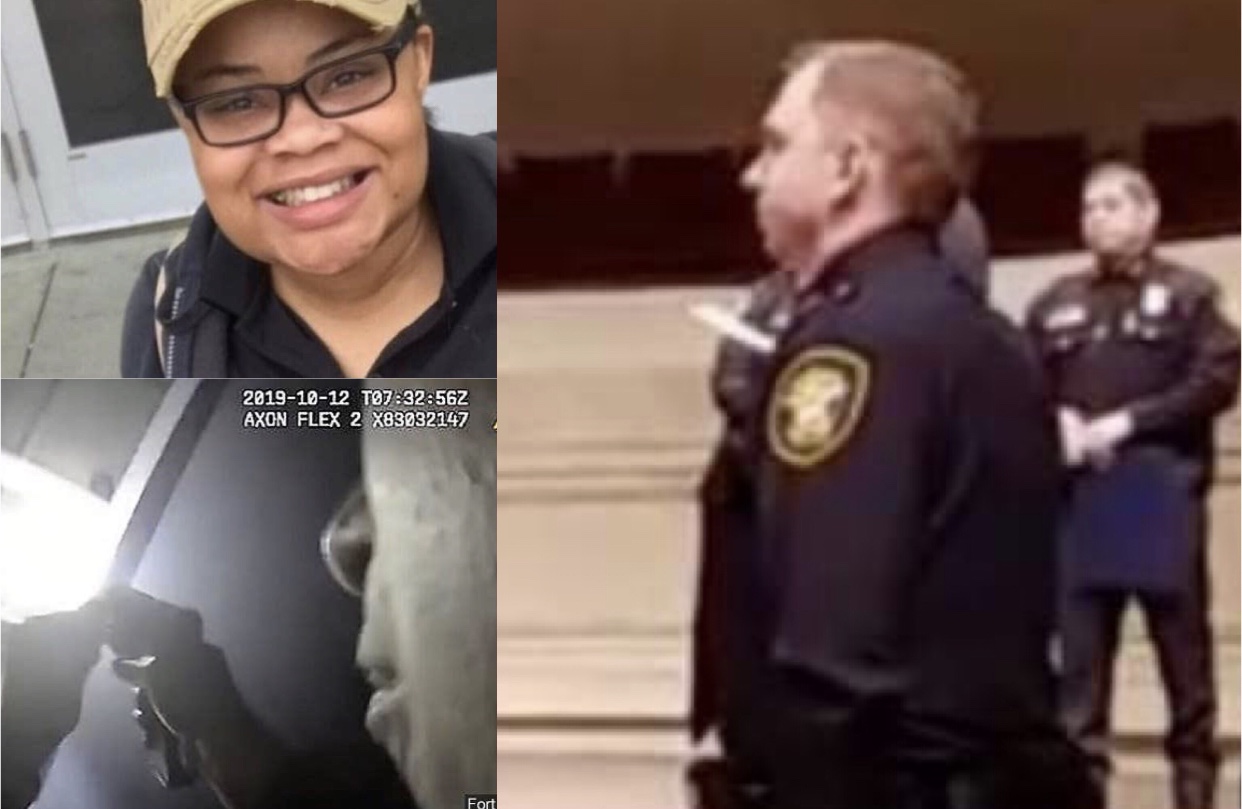 A Fort Worth, Texas, police officer resigned and now faces charges after shooting a woman in her own home, Fort Worth Police Chief Edwin Kraus told reporters Monday.

Officer Aaron Dean, who is white, shot and killed 28-year old Atatiana Jefferson, who is black, at 2:30 a.m. on Saturday while she was looking after her eight-year-old nephew, Reuters reported.

Footage released Monday by the police department and published by the Associated Press shows bodycam footage of Dean, who does not identify himself as a shooter in the video, shooting into Jefferson’s home.

Dean fired one shot into her home through a window after “preceiving a threat” while responding to a call from a worried neighbor saying her door was open, according to a Saturday statement from the Fort Worth Police Department. 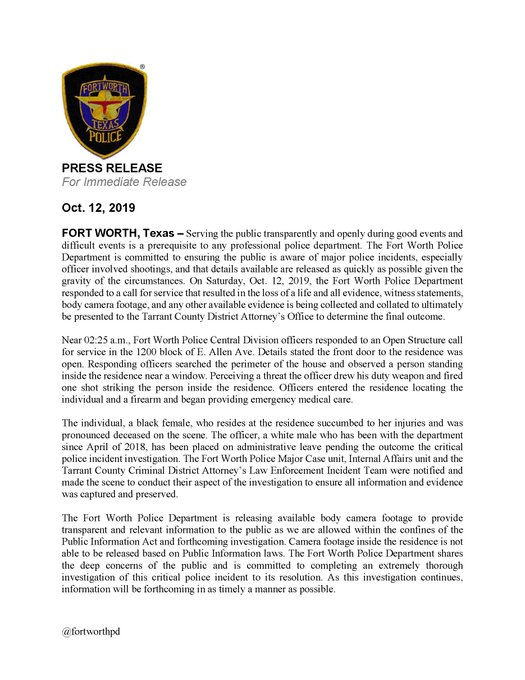 4,671 people are talking about this

Kraus said during the Monday conference that he “certainly” couldn’t “make sense” of Dean’s actions, adding that police are only allowed to shoot into a home if they are shot at from the inside.

Dean, who had been working for the department since April 2018, resigned Monday morning, but the Fort Worth Police Department will continue its investigation as if he still worked for the city. The case has also been submitted to the FBI, Kraus told reporters.

“Had the officer not resigned, I would have fired him for violations of several policies,” Kraus said. “Despite his resignation, the officer still faces criminal charges.”

218 people are talking about this

The officer-involved shooting comes just about two weeks after ex-Dallas Police Officer Amber Guyger, a white 31-year-old, shot and killed her neighbor Botham Shem Jean, who was black, in his Texas apartment while she was off duty in September 2018. She said she mistook him for an intruder in her apartment.

Guyger was charged with murder on Oct. 1 and sentenced to 10 years in prison.

How to complete match worksheet assignments