[dropcap size=big]I[/dropcap]n wake of the news hundreds of women had been sexually assaulted by up to 1000 suspected Middle Eastern and North African migrants in Cologne, Germany, politicians, journalists, law enforcement, and devoted liberals scrambled to downplay the situation.

Their explanations of what had occurred New Year’s Eve in Germany’s fourth largest city lay waste to the social campaign that sought to end victim blaming in favour of protecting the perpetrators and smearing the credibility of victims. Cologne’s chief of police, Wolfgang Albers, was provisionally suspended just days after the assaults went public following accusations that his department failed to appropriately handle the evening’s aftermath. Mayor Henriette Reker drew sharp criticism when she proposed a “code of conduct” for the city’s women, suggesting they travel only with “trusted acquaintances” and should remain at “arm’s length” from strangers. Writing in the National Post, journalist Marcia Adair admits she finds it unsettling “to see genuine terror from educated adults who should know better, and painful to have people I have found to be welcoming and supportive of me as an immigrant be so frightened of brown ones.” Adair continues by offering her own explanation of events:

“That’s not to say that nothing happened. Something clearly did. Common to these areas is a scam like what you encounter on the steps in front of Sacre Coeur in Paris. Namely, one or two men approach a woman and distract her by touching or trying to dance with her while another helps himself to her valuables. Germans call it antänzen, a sort of dancing up on, the way someone might grind on a stranger at a club.“

Cologne wasn’t the only city that night to experience mass sexual assaults; the German cities of Hamburg and Stuttgard suffered similar attacks, while Sweden has reportedly been dealing with them for over a year. Each attack represents a fundamental truth that Western leaders and liberal-minded individuals typically struggle to concede: not all cultures are equal. To put it another way, importing millions of people raised in a culture that promotes misogyny and the view that women are willing meat for the taking into a culture that values women as equal human beings will inevitably lead to the kind of dangerous culture clash witnessed in Europe. These clashes, coupled with public officials’ refusal to acknowledge them, conceived “far-right anti-immigration” groups such as PEGIDA (Patriotic Europeans Against the Islamisation of the Occident), and it’s their continued denial and condemnation of these groups that inspire still more people to join them. Political parties, such as France’s National Front, which has been guilty of xenophobia and anti-Semitism, picks up more support with every public denial.

However, it is not merely migrants and refugees which political, media, and public figures make regular attempts to exonerate. When homegrown Islamic terrorists murdered several Parisian cartoonists at Charlie Hebdo last year, overwhelming response blamed those who “caused offence” rather than those who believed murder was a reasonable reaction to depictions of their prophet. The same response occurred when a “Draw Muhammed” contest in Garland, Texas, was gunned down by Islamic radicals, and again when dozens were wiped out by ISIS operatives in a blitz across Paris, broken bodies strewn about the Bataclan floor still warm when the first accusations against France’s bombing campaign sounded.

The inability of public officials and the political left to resolutely condemn and take action against those who insist on waging violent cultural war against the West almost always stems from fear of being considered anything less than a bastion of tolerance and acceptance towards those perceived to be members of the victim class. Even as atrocities are committed before their eyes, those dedicated to protecting the oppressed are quick to throw real victims under the bus if it means avoiding charges of racism. The motivation behind doing so is not conscious, but is instead the result of years of carefully constructed attempts to foster a multicultural utopia in which people of all backgrounds live in harmony. This end has become of such insuperable importance, the rights of native citizens end up taking a back seat.

Unfortunately, refusal to hold those who either do not understand or do not respect Western cultural values to account only perpetuates the problem. Obfuscating the root by discrediting victims and making excuses for perpetrators is to subscribe to the soft bigotry of lower expectations, or the idea that because he’s a brown man from “over there,” you can’t expect him to know how to be civilized like us. The reality is that whiteness is not a prerequisite for Western values anymore than brownness is a prerequisite for Islamic values. Questioning open-door immigration policies over potential cultural impact is not racist, but equating opposing values with a particular skin colour sure is.

Sadly, it’s not just European women who have become victims of denial. Migrants and refugees who do not possess incompatible cultural values are now suffering the consequences too. Violent attacks against migrants in Germany have risen threefold compared to the same period last year, while various nations around Europe scramble to tighten their borders, potentially turning away those who would be happy to embrace and positively contribute to their new society.

Unfettered immigration between culturally incompatible nations is a demonstrable failure. Germany’s admittance of 1.1 million migrants in 2015 culminated in the sexual assault of hundreds of women and should serve as a warning to others considering similar open-door policies. Immigration is generally a positive, but has become in recent years so mired in controversy that many no longer see it that way. Comprehensive screening of applicants is paramount, and full integration into their new home, including learning the language and understanding new cultural values, should be required to obtain permanent residency and citizenship.

Western refusal to accept that not all cultures are equal ironically harms everyone equally. Until we can accept this fundamental truth, relations between every day people will continue to crumble as everyone who isn’t part of your camp becomes the potential enemy. The West must take action for the benefit of all parties. An honest conversation about culture is a good place to start. 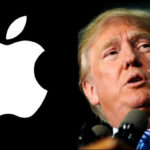 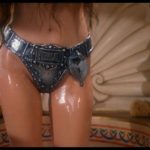