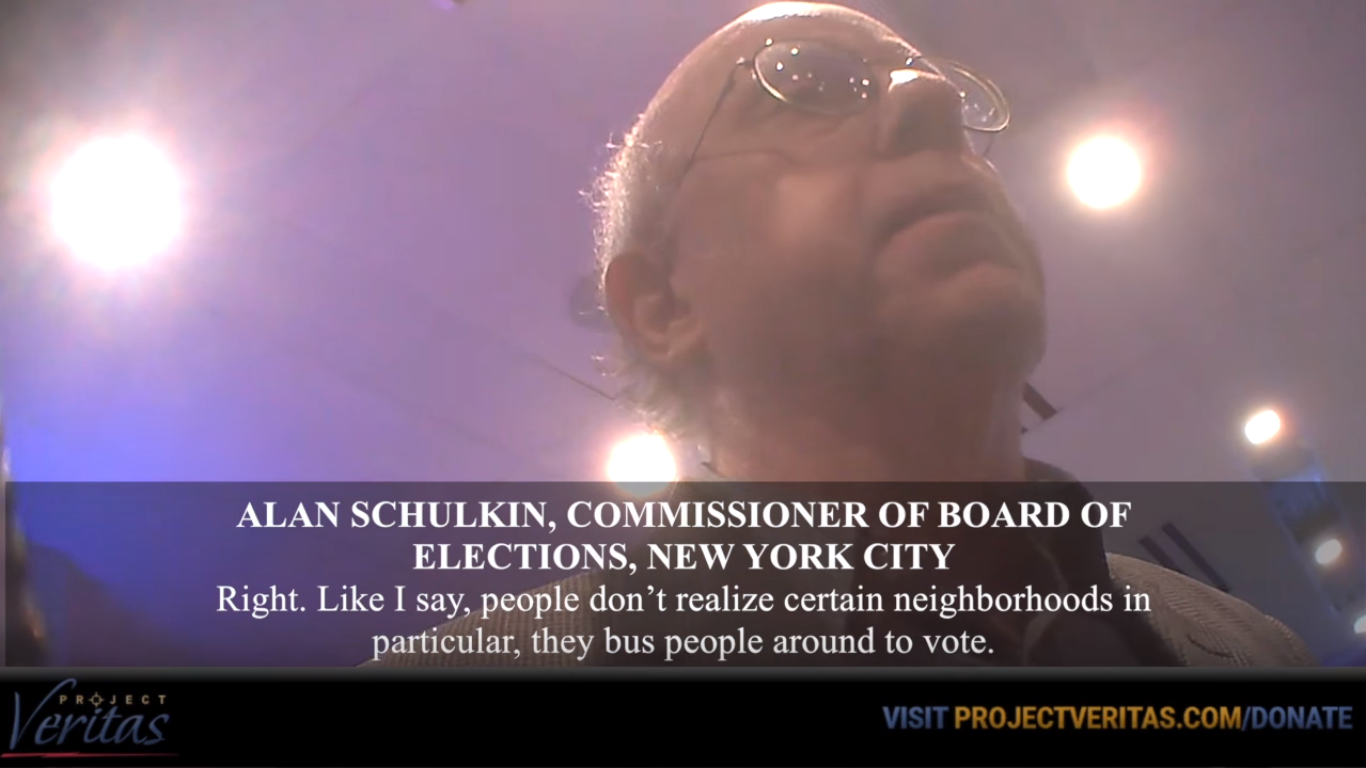 A Democratic official was caught on camera admitting his knowledge of voter fraud in New York City, according to a video released Tuesday.

Schulkin was caught saying, “people don’t realize certain neighborhoods in particular, they bus people around to vote.” When asked for clarification, Schulkin says, “They put them in a bus and go from poll site to poll site.”

The woman in the video asks “Oh like minority neighborhoods, like black neighborhoods and Hispanic neighborhoods?” to which Schulkin nods and responds “Yeah. And Chinese too.”

When asked why minority voters are being bussed around, Schulkin responded, “For votes. More votes for themselves. They’re all running for office.”

The official also discuses Muslim women voting and the potential for fraud: “Your vote isn’t really counting because they can go in there with a burka on and you don’t know if they are a voter … Your vote gets discounted because they come in with a burka and they can vote.”

“I should have said ‘potential fraud’ instead of ‘fraud,’” Schulkin later told the New York Post, and said about the woman questioning him, “She was like a nuisance. I was just trying to placate her.”