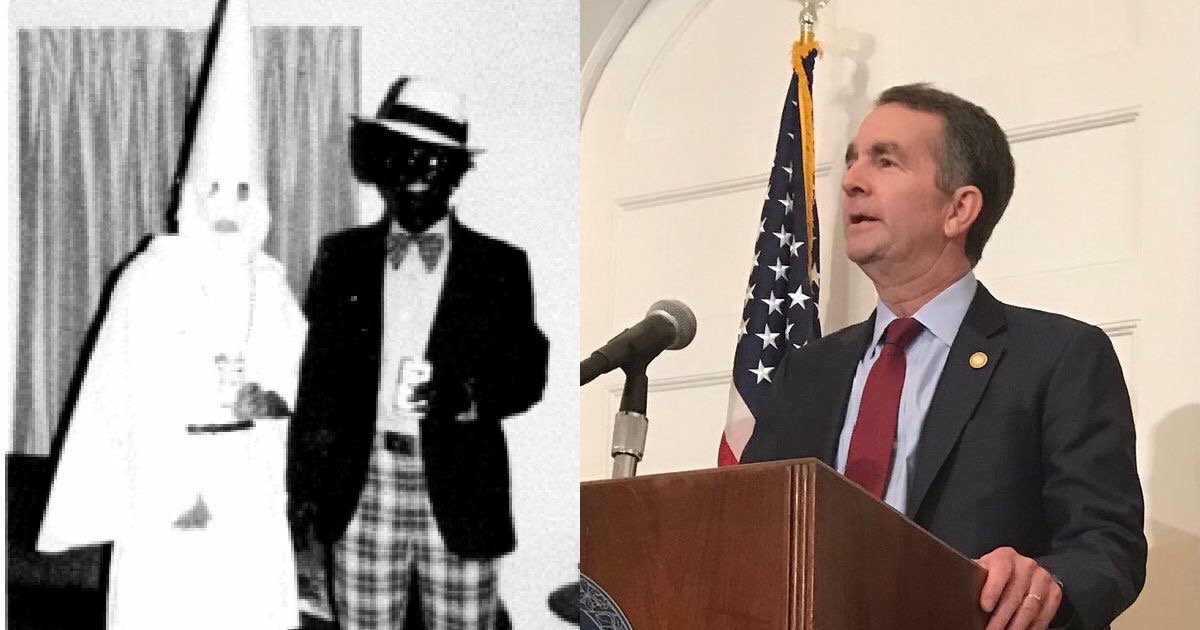 Despite his admission on Friday that a controversial photo from his medical school yearbook did include him, Virginia Governor Ralph Northam (D) is now saying he isn’t featured in the racist picture featured in his 1984 Eastern Virginia Medical School Yearbook. The yearbook page shows a man in KKK robes next to another man in blackface.

Northam released the following statement on Twitter Friday evening appolgizing for his appearance in the photo.

Northam has since backpedaled, saying he was not one of the people in the controversial photograph.

“He should have said that yesterday then,” she told the Post. “He just told me he didn’t think it’s him. And I said, ‘Ralph, this is a day late and a dollar short. It’s too late.'”

Northam has said he is so “certain” that he is not pictured in the photograph that he has been calling former medical school classmates to “jog their memories.”

Virginia Democrats have disowned the governor and are calling for him to resign.

“We made the decision to let Governor Northam do the correct thing and resign this morning – we have gotten word he will not do so this morning,” Virginia’s Democratic Party said in a statement. “We stand with Democrats across Virginia and the country calling him to immediately resign. He no longer has our confidence or our support. Governor Northam must end this chapter immediately, step down, and let Lt. Gov. Justin Fairfax heal Virginia’s wounds and move us forward.”

According to the New York Times, Northam is bound and determined to prove he is not featured in the photo. One Democratic official told the Times that Northam is willing to use facial recognition software to prove his innocence.

Governor Northam released a statement today in a press conference, saying, “I believe now that I am not either of the people in the photo.” Northam claims he never bought a copy of the yearbook and never saw the page until Friday.

Northam then went on to clarify that he was sure he was not in blackface in the yearbook picture because he distinctly remembers “darkening” his face as Michael Jackson for a dance contest that same year. He also admits that some of his friends called him “Coonman”, but he does not know why.

Despite his admission yesterday, Governor Northam now continues to insist it was a mistake and he is not in the photograph, and does not intend to resign.The Democratic party of Virginia stands by their call for his resignation. DNC Chair Tom Perez is also calling on Governor Northam to step down.

Five Reasons Americans DO Need AR-15’s in Their Lives