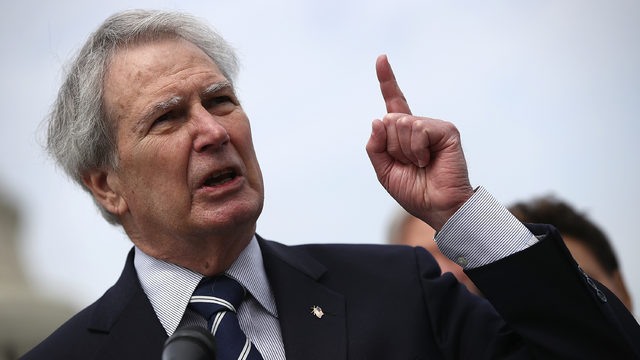 Walter Jones, a longtime Republican North Carolina congressman representing the state’s 3rd congressional district, died Sunday. Jones represented his district from 1995 until his death. On January 14, Jones suffered a fractured hip in his home resulting in surgery. It was announced by his family on January 26 that the congressman had entered hospice care.

Last year Jones was battling a series of ailments causing him to miss votes. As a result, he was granted a leave of absence.

Jones was elected to represent North Carolina’s 3rd district in 1994. in 2003 he was a supporter of the invasion of Iraq. backing up his voice leading the fight in congress, Jones became the one credited with leading the way to rename the House’s lunch fries as “Freedom Fries,” in response to France opposing military action.

However, Jones would later regret supporting the war at all. He told a radio show in 2015,

“I did not do what I should have done to read and find out whether Bush was telling us the truth about Saddam being responsible for 9/11 and having weapons of mass destruction,” Jones told North Carolina radio host Tyler Cralle in 2015. “Because I did not do my job then, I helped kill 4,000 Americans, and I will go to my grave regretting that.”

He became well known as a critic of the war, and would become a member of congress leading the fight to cut the deficit. In 2016, his most recent election, Jones defeated Democrat challenger Ernest Reeves by a 35% margin.

Fairfax: Due Process For Me (but not for thee)

‘World’s Worst Cat’ Has Over 115 Applications For Adoption, Shelter Says