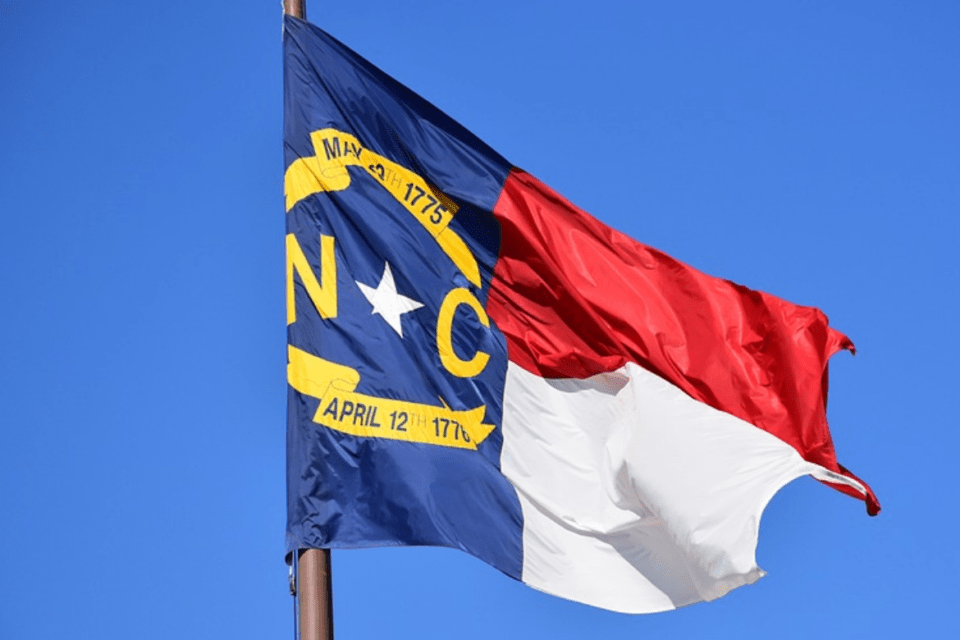 I recently sat down with Shannon Bray, the Libertarian Party’s Senate candidate for North Carolina. We spoke about this election cycle, his candidacy, and what he feels are some of the most significant issues facing North Carolina.

Shumate: For our readers at The Libertarian Republic and the voters of North Carolina, tell us a little bit about yourself. Who is Shannon Bray?

Bray: Hi, I’m Shannon Bray. I live in Apex, North Carolina, just outside of Raleigh with my wife and three children. We are a blended family. My wife and I are about to have an anniversary coming up on the 7th, so the nice thing is it will be after the election cycle.

Bray: That’s right, and I didn’t forget about it either, so that’s the important thing.

Out of high school, I went to college fairly early, and I just wasn’t ready for it. I went at 16, so as soon as I was old enough, I joined the Navy. I was a submariner, a Navy diver, and really enjoyed my Naval career. I got out in 1997, and for the last 20, I’ve been focusing on writing quality software, cybersecurity, and really trying to solve people’s problems with software. For the last 10 years, my primary focus has been cybersecurity. I have worked for the federal government. I’ve been to Afganistan and Iraq and did implementations there for various agencies. Just recently, I left EOD primarily because I wasn’t with the furloughing contracts because it wasn’t reliable for my family. In fact, that’s one of the reasons I decided to run for office. Last year, I was out of work for three months while we were waiting for the government to decide if it was going to be funded or not, and in that time that I was not getting paid, I decided I wanted to go to Washington and figure out why these people couldn’t make up their minds on how to do things.

They always want our money, they’re always taking our freedom, and nobody’s actually looking out for us.

But it really wasn’t until Thom Tillis decided to funnel money away from our military bases in Camp Lejeune, a Coast Guard base, an Air Force base, and Fort Bragg right down the street from me—a lot of them were decimated from these hurricanes and they needed money to repair their schools, hospitals and housing and it was sent down to the border wall.

Now a lot of people in NC were like “Yeah, we want that wall!” but there’s only been six miles of new wall and all those numbers they’re touting are wall repairs. So NC lost about $80 million to repair six miles of wall, and while a lot of North Carolinians might be ok with that, let’s look at what Mitch McConnell did. He kept his money for his military. I grew up Republican and was a member of the Republican Party until 2008. For me, they were always a pro-military group and so as a Navy veteran, it upset me a little bit.

Fastforward and then we have Cal Cunningham who—and I don’t have to tell people about what he’s done for the military and granted he’s an 18-year service member. When he and I were sitting down personally, I felt good about him on veteran services. I don’t want you to raise my taxes, I don’t want you to do all this other stuff and then..and then he goes off and sleeps with the wife of a combat wounded veteran. So once I found out that Cal Cunningham was a Jody (which is a guy who stays back to take care of your wife or girlfriend while you are deployed)…

Shumate: My dad was in the Marine Corps, and my brother is in the Army, so I know exactly what you’re talking about.

Bray: Yep, so you can ask them. There’s bro codes and then there’s bro codes, and Cal busted the bro code. I sent him an email telling him how disappointed I was and pretty much called him a Jody, and told him I’d use this to go after him and that’s exactly what I’ve done.

I want to thank Shannon for sitting down with me and wish him the best of luck in the Senate race in the Tar Heel state. This is a partial transcript of my interview with NC LP Senate Candidate Shannon Bray. If you want to hear more of our conversation, you can check out the full 51-minute interview below.

What Is the Easiest VA Disability to Claim?