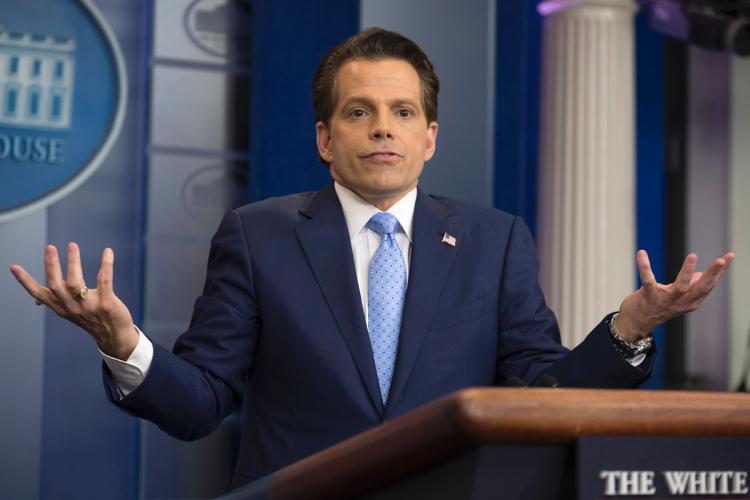 Scaramucci reached out to ask if Priebus was leaking information, according to Lizza. During their discussion, Scaramucci reportedly used foul and inappropriate language to describe both Priebus and White House adviser Steve Bannon, telling Lizza, he would be a patriotic American if he revealed his sources.

Lizza claims he recorded the conversation and said Scaramucci knew they were “on the record” the entire time.

“We had a conversation yesterday where we both agreed that the conversation was 100 percent on the record,” he said. “There was no ambiguity about this Chris. Communications Director at the White House called me and we conducted an interview. Without setting any ground rules at the top.”

During the interview Scaramucci called Priebus a “fucking paranoid schizophrenic” and said, “I’m not Steve Bannon, I’m not trying to suck my own cock.” Lizza also claims to have audio recording of their full exchange.

Scaramucci tweeted twice Thursday night to respond to Lizza’s piece. The first tweet highlighted his use of “colorful language” while the second said he made a mistake by trusting a reporter.

I sometimes use colorful language. I will refrain in this arena but not give up the passionate fight for @realDonaldTrump's agenda. #MAGA

I made a mistake in trusting in a reporter. It won't happen again.

Scaramucci has not issued an apology for his language.

Content created by The Daily Caller News Foundation is available without charge to any eligible news publisher that can provide a large audience. For licensing opportunities of our original content, please contact [email protected]ation.org.