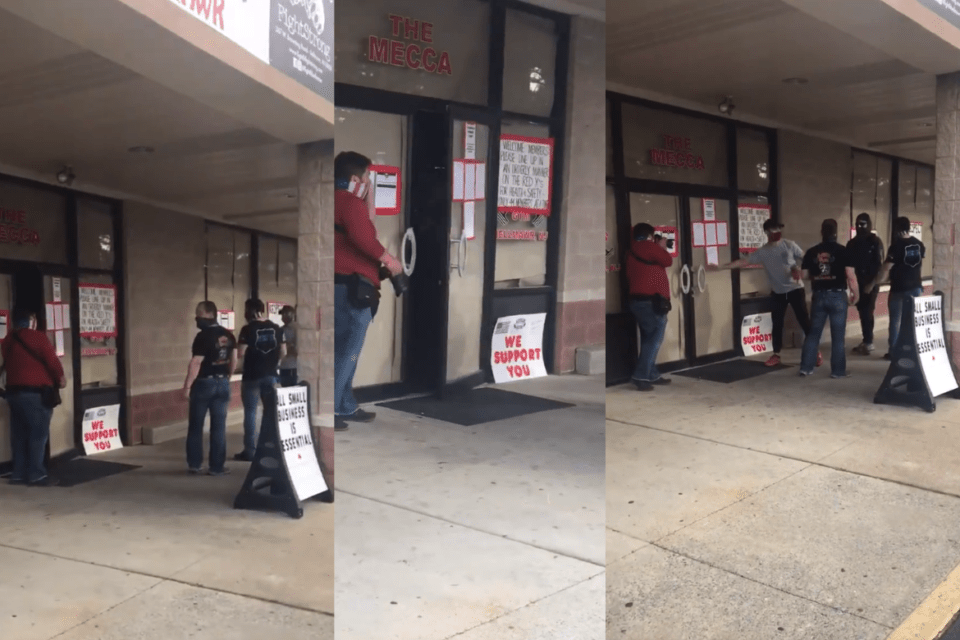 The co-owners of Atilis Gym in Bellmawr, New Jersey were arrested Monday after numerous instances of the business defying a state order that mandated the gym’s closure.

Frank Trumbetti, 51, and Ian Smith, 33, were each charged with contempt, obstruction and violating a disaster control act, according to ABC 6. The pair, which has since been released from jail, was notorious for defying Democratic New Jersey Gov. Phil Murphy’s order to close fitness facilities amid the coronavirus pandemic.

A judge ruled Friday that Atilis was to be closed, but Smith, on the same day as the ruling, said the gym will remain open. He also insisted he will “not back down under any circumstances” in a Facebook post, according to the local outlet.

“[We are] disappointed that this motion for contempt was granted, however we do respect the judge’s decision and will be taking all necessary steps to see if there is an issue of appeal here,” the duo’s lawyer Christopher Arzberger told ABC 6. Trumbetti and Smith’s battle with the state has been ongoing since May 20 when the gym received a citation for remaining open.

“I will not close my doors again unless I’m behind bars,” Trumbetti yelled to supporters in May, according to a previous ABC 6 report. “And I guarantee you this door will be open every single day.”

Police arrived at the gym on May 18 to notify the owners that they were in violation of the governor’s order, but merely issued a warning and said “have a nice day.”

Update:Just now a local Bellmawr Police Lieutenant walked up to front door& owner of Atilis Gym&said “You’re all in violation of Governor’s executive order. That being said stay safe&have a nice day.” And walked away&crowd of supporters let out a loud cheer ⁦@FOX29philly⁩ pic.twitter.com/M3XvbHfvV0

New Jersey gyms may only operate if they convert their operations to outdoors, according to the state’s official webpage. Trumbetti and Smith instituted capacity policies, took the temperatures of clients and mandated masks in their facility, but an arrest came nonetheless, as the pair was still operating indoors, according to ABC 6.

The reason why so many online marketers are turning to Instagram