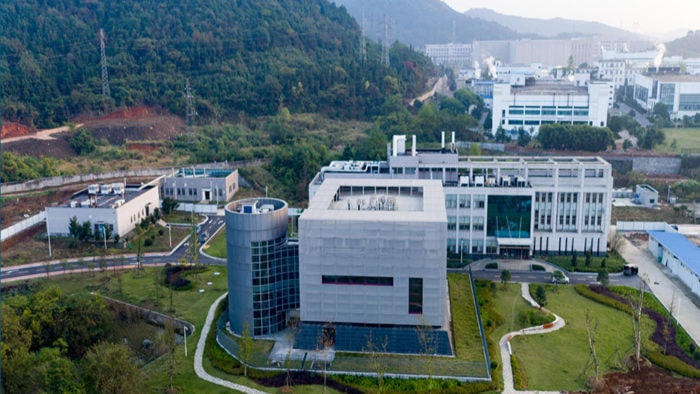 There is new information that is pointing at the Wuhan Virology Lab as being the original source of the COVID-19 outbreak. It actually isn’t new information; it’s just been hidden in plain sight until now.

Some people might be thinking that this theory has already been debunked, as several media outlets have reported. The Washington Post previously criticized Senator Tom Cotton for repeating a Coronavirus conspiracy theory that was previously debunked.

“Now, we don’t have evidence that this disease originated there, but because of China’s duplicity and dishonesty from the beginning, we need to at least ask the question to see what the evidence says,” Cotton said. “And China right now is not giving any evidence on that question at all.”

In response to Cotton’s remarks, as well as in previous interviews with The Washington Post, numerous experts dismissed the possibility the coronavirus may be man-made.

“There’s absolutely nothing in the genome sequence of this virus that indicates the virus was engineered,” said Richard Ebright, a professor of chemical biology at Rutgers University. “The possibility this was a deliberately released bioweapon can be firmly excluded.”

The problem with The Washington Post’s piece is that Cotton never claimed the virus was manmade, only that it escaped from a virology lab that studies live organic viruses. While the theory it is man-made exists, and I’ve certainly explored that before myself, eliminating the virus being manmade doesn’t eliminate the possibility of an organic virus escaping from a live research lab.

The post cited one of the more fringe theories – one that Senator Cotton himself never offered –  to declare Cotton’s very plausible speculation as debunked.

As it turns out, these media outlets likely owe Senator Cotton an apology. Dated information that is just now coming to light paints a very damning picture for the Wuhan Lab.

[America Should Retaliate Against China For The Coronavirus]

A documentary filmmaker named Matthew Tye who used to live in China, discovered job postings on the Wuhan Lab’s website, still archived on the site, that offer 2 very curious openings in November and December of 2019. These requisitions also clearly document the extent that China knew about the virus while telling the rest of the world otherwise for over a month. And it’s all verifiable.

The first job was posted on November 18th. Google translated this job posting as:

“Taking bats as the research object, I will answer the molecular mechanism that can coexist with Ebola and SARS- associated coronavirus for a long time without disease, and its relationship with flight and longevity. Virology, immunology, cell biology, and multiple omics are used to compare the differences between humans and other mammals.” (“Omics” is a term for a subfield within biology, such as genomics or glycomics.)

“long-term research on the pathogenic biology of bats carrying important viruses has confirmed the origin of bats of major new human and livestock infectious diseases such as SARS and SADS, and a large number of new bat and rodent new viruses have been discovered and identified.”

In that requisition, they are hiring for the study of a new virus originating from bats, that can be transmitted to both humans and livestock, and that it was cross infectious. Right there in the lab.

Most of us were surprised to find out this first week of April that a tiger in the Bronx Zoo in New York tested positive for Coronavirus. But according to that December job posting for the Wuhan Lab in December, they already knew this was possible per the very job description.

Tye also went into detail about a missing lab worker from the Wuhan Lab, Huang Yanling, who is suspected to be patient zero. Yanling is also thought to be dead.

This has prompted the Chinese Government to deny the charge, stating in a release:

“Recently there has been fake information about Huang Yanling, a graduate from our institute, claiming that she was patient zero in the novel coronavirus.”

According to the South China Morning Post, China is claiming that Yanling is in good health and has not been diagnosed with COVID-19.

Yet, Yanling is nowhere to be found. It would be very characteristic of China to force a statement from Yanling, if such a thing were possible. After all, they forced whistleblowing doctors to sign statements and publicly recant their early warnings as rumor spreading.

If Huang Yanling were alive, China would compel her as well to make a statement, to squash rumor spreading. It can be reasonably deduced that the reason this has not occurred is because Yanling is not alive, let alone well.

The Washington Times reports that the information provided by Tye’s reporting is correct and reliable.

“A U.S. official with access to intelligence said without elaborating that the YouTube video is accurate. Mr. Tye could not be reached”

Originating from the Wuhan Lab has always been the simplest and most likely explanation, despite the China apologists in the media dishonestly calling it debunked. Despite outlets like the New York Times running a propaganda Op-Ed  from a Chinese Ambassador stating that ire towards China was xenophobic. Yet, China has attempted to blame both Italy and the United States for the Coranavirus to deflect away from themselves.

How to Report IP Addresses