National Park rangers may have gone a little overboard this year when they bought “flashbangs” and automatic weapons, according to a government audit detailing how the Department of the Interior is struggling with “weapons accountability.”

“In FY 2015, we issued a management advisory to the NPS Director when we found that law enforcement rangers had purchased automatic weapons and ‘flashbang’ distraction devices, in violation of NPS policy,” the Interior Department inspector general reports, “indicating that NPS continues to struggle with weapons accountability issues.”

“The investigation found a decade-long theme of inaction and indifference at all levels, and basic tenets of property management and supervisory oversight were missing from NPS’ simplest processes,” the IG notes.

The IG’s office also notes Interior law enforcement officials are increasingly at odds with national park visitors and those working or living on federal lands. Interior “has experienced a recent increase in complaints concerning law enforcement personnel, many of them involving use of force incidents.”

“Before the end of FY 2015, we had received 65 referrals related to use of force incidents from DOI law enforcement organizations,” the IG reports. “We are currently investigating numerous law enforcement personnel at one particular park for use of force issues, and we anticipate conducting even more of these types of investigations in the future.”

“The challenges described in this report encompass both the vulnerabilities that OIG has identified for DOI over recent years and the emerging issues that DOI will face in the coming years,” the IG’s report.

“Overall fossil fuel production from federal lands generally declined between 2003 and 2014, down 21% in 2014 compared with 2003,” according to the Energy Information Administration.

“This administration’s land management policy as pertains to oil and gas is simply obsolete,” Catrina Rorke, the director of energy and environmental policy at the American Action Forum, wrote in a March study.

“Despite dramatic changes in domestic production technologies and trends, international trade, and domestic reserves, federal agencies manage oil and gas resources as if we were stuck in the volatile and scarce energy market of the 1970s,” Rorke said. 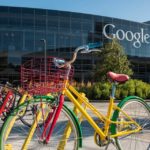 How Silicon Valley Will Shape the Presidential Election 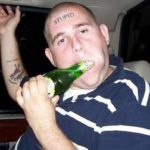