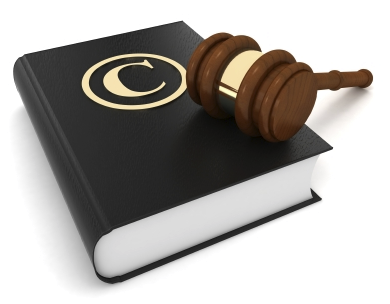 The Murdaugh situation in South Carolina has tragedy, murder, mystery, and intrigue, making it a prime target for national news stories. Recently it came to light there may be even more details that make this family’s story increasingly troublesome, in the form of a wrongful death lawsuit filed by the family of a Murdaugh housekeeper.

The following are some of the critical points in this situation if you haven’t heard of it yet or aren’t sure of the details.

The Backstory of the Murdaugh Family

Alex Murdaugh was arrested recently. It was yet one more turning point in this strange saga involving the prominent family in South Carolina. Now, there are growing criminal investigations and civil lawsuits that continue to come about related to the Murdaughs.

In 1910, Randolph Sr., the great-grandfather of Alex Murdaugh, founded a law firm in Hampton, South Carolina. It went on to become a massive personal injury law firm, recovering millions in settlements for clients. Several generations of the Murdaugh family also worked at the firm.

Current investigations include the death of Satterfield and a newer allegation that Alex Murdaugh was misappropriating funds at the law firm. They’re investigating something that just happened a few weeks ago when Alex Murdaugh tried to set up his own suicide.

Alex Murdaugh, a few weeks ago, was shot in the head after he said he stopped because of car trouble. A family spokesperson said the shooting perpetrator was an unidentified man in a truck.

Then, shortly after the event, Murdaugh told authorities he conspired with the man to kill him in an attempt to commit insurance fraud. Curtis Edward Smith, the alleged shooter, was charged with, among other things, assisted suicide.

Murdaugh hoped that if he were “murdered,” his surviving son would collect a life insurance payout of around $10 million.

Murdaugh’s attorney recently spoke about the scheme, saying his client was suicidal and depressed because of the deaths of his wife, son, and elderly father. His attorney also said his client struggled with opioid addiction.

The statement by Murdaugh’s legal team said he’d been impacted for the past 20 years by opioid addiction, and they said during that time, many people had taken advantage of his addiction and his ability to pay large sums of money for drugs. Already, people who knew Alex Murdaugh have disputed this.

The shooting came a day after Murdaugh resigned from his law firm under the accusations that he’d misappropriated funds. Two days following the shooting, Murdaugh said he was entering rehab. His law license has been suspended.

After the attempted suicide, South Carolina authorities said they were opening a criminal investigation into the 2018 death of the housekeeper and how her estate was handled. Satterfield worked as the housekeeper for the Murdaugh family for more than 20 years before her death. Her death was described as a trip and fall accident.

The Hampton County coroner requested that her death investigation be reopened because of inconsistencies and information gathered during other ongoing investigations about Alex Murdaugh.

A $500,000 wrongful death claim was filed on behalf of Satterfield’s estate against Murdaugh after her death, but the estate hasn’t received any of the settlement.

The family attorney convinced Satterfield’s sons to file a wrongful death lawsuit against him and then introduced them to a friend who is also a lawyer. While the settlement amount was initially said to be $500,000, in reality, the figure paid out according to more recent reports was around $4 million.

According to the reports, neither son signed settlement agreements, and they were told no money was recovered for them.

Murdaugh had homeowners insurance and umbrella coverage, so he reportedly took the housekeeper’s son to his lawyer friend, told them to bring a suit against them, and he admitted fault. Then, the insurance companies that insured him paid large sums of money because of the death.

In June of this year, Murdaugh called emergency authorities to report that he found his wife and son shot dead outside their home in a community called Islandton, near Hilton Head. Murdaugh said he wasn’t responsible, and the killings remain unsolved.

Connor Cook, a passenger on the deadly boat crash in 2019, has filed his own lawsuit.

According to that suit, Murdaugh was orchestrating a campaign for Cook to be held responsible for the boat accident. Cook is seeking damages as a result.

Six people were on the boat owned by Alex Murdaugh when it crashed into a piling near Parris Island. Paul Murdaugh was believed to have been driving. Mallory Beach was thrown off the boat, and all passengers were highly intoxicated and under the legal drinking age, according to a police report.

This tragic, complex story is likely to take many more turns over the coming months as multiple cases play out in the legal system, civilly and criminally.

Getting Help and Finding a Rehab