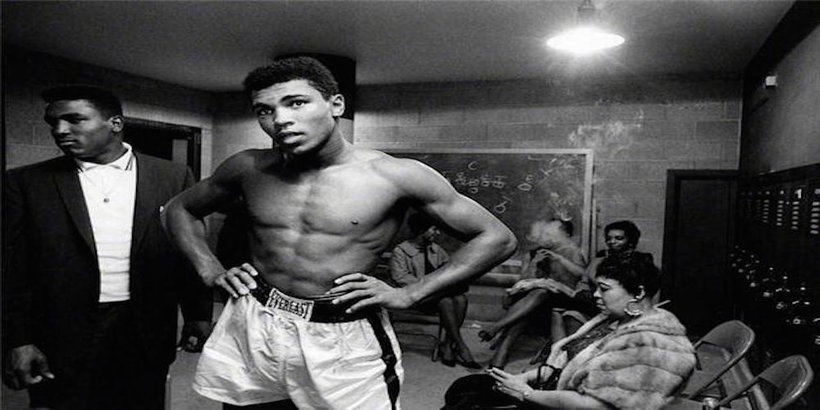 With the recent passing of the boxer considered by many to be “the greatest of all time,” the world has stopped to reflect upon his legacy outside of the ring. It was no secret that Ali was just as outspoken about his political and religious beliefs as he was about his opinions of his boxing opponents. At the height of his career, the man formerly known as Cassius Clay spoke out against U.S. War in Vietnam and became a conscientious objector to the draft.

Because of his actions that he took because of his commitment to his Islamic faith, the U.S. government jailed him for draft evasion. In response to requests for explanation of his actions, the world heavyweight champ said, “Why should they ask me to put on a uniform and go 10,000 miles from home and drop bombs and bullets on Brown people in Vietnam while so-called Negro people in Louisville are treated like dogs and denied simple human rights?”

Ultimately, Ali was vindicated and deemed to be a legitimate conscientious objector on an appeal that went all the way up to the U.S. Supreme Court. But before he was officially cleared, Ali — along with Martin Luther King, Jr. and two serving U.S. Senators — was subject to NSA surveillance as a part of  Operation Minaret. Ali was released from prison in 1970, but is thought to have remained under government surveillance until at least 1973.

Newly declassified material reveals that the highly secretive Operation Minaret tapped into the overseas phone calls of prominent critics of the Vietnam War. The new four volume history of the agency’s activity during the Cold War reveals some highly questionable (and possibly illegal) methods of anti-war sentiment suppression during the 1960s and 1970s.  The operation began under the Johnson Administration and continued into Nixon’s presidency. Reports from operatives were printed on plain paper unadorned with the NSA logo and delivered by hand to the White House.

The documents containing such revelations were only released after  an appeal to the Security Classification Appeals Panel was filed by the National Security Archive, an independent research institute based at the George Washington university.

“Clearly the NSA didn’t want to release this material but they were forced to do so by the American equivalent of the supreme court of freedom of information law,” Matthew Aid, an intelligence historian specializing in the NSA, told the Guardian.

Deception by the NSA did not cease with the end of the Vietnam War. In fact, it can be argued that it has only gotten worse as technology has boomed. Without the leaks made by former NSA contractor Edward Snowden, it is likely that many of the modern surveillance programs used by the agency would still be unknown.

In a 2013 Senate hearing, Director of National Intelligence James Clapper specifically said that the NSA did not collect any type of data on hundreds of millions of Americans. However, he later said  “I responded in what I thought was the most truthful, or least untruthful manner, by saying no.”

“If there’s a lesson to be learned from all this, when we are dealing with a non-transparent society such as the intelligence community that has a vast amount of power, then abuses can and usually do happen,” Aid concluded.

While he may have been heavyweight champion of the world, Muhammad Ali was just like the rest of us in one simple way: the government was monitoring his communications beyond its legal bounds.

Capitalism Doesn’t Care about Women, But It Does Liberate Them