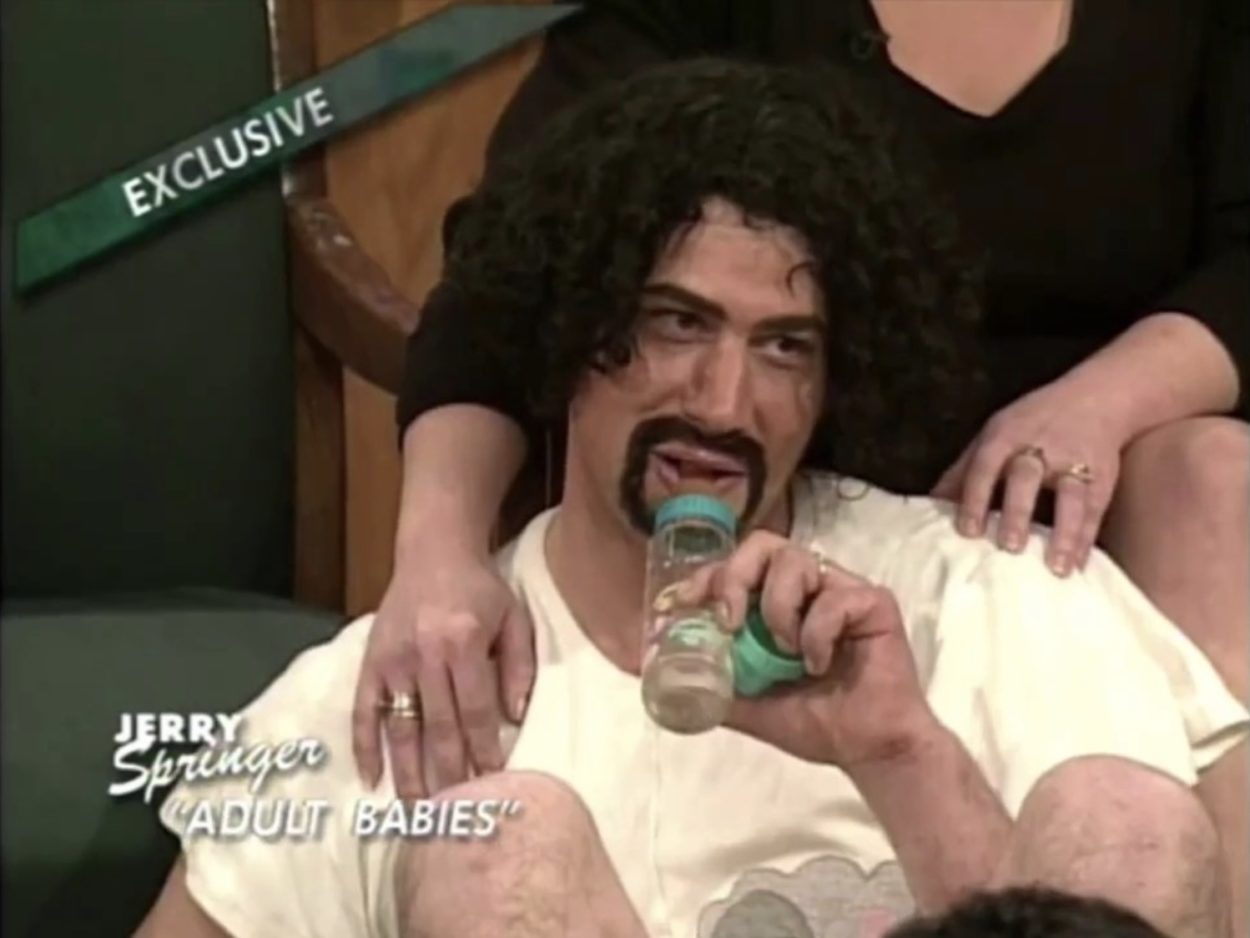 Move over Safe Space Social Justice Warrior culture of the West. There’s a new kid on the block that has taken acting like a baby to a whole new level. It’s called Otonamaki.

Otonamaki is a Japanese form of therapy launched by a midwife named Nobuko Watanabe in 2015, which aims to help adults relax and unwind by wrapping them up in cotton fabric made to mimic the feel of a mother’s womb.

“People find the image of a body tied up in the cotton mesh fabric disturbing or uncomfortable to look at – which has ironically (or predictably?) made the topic a hit on the Net. ‘But in fact, it’s based on the very soothing practice of ohinamaki – wrapping newborn babies up to mimic the feeling of being in the womb, and help them sleep better,'” licensed physiotherapist Orie Matsuo tells The Tokyo Weekender. Matsuo was trained by Watanabe, who developed the therapy, and Matsuo added the practice to her own company soon after.

So it seems that while the social justice culture fostered by progressives on the campuses of American universities has succeeded in making physically mature men and women pout like babies when their socialist ideas are refuted, the Japanese have now effectively made a way to complete the process by creating a man-made womb.

As Glenn Beck pointed out on Twitter Tuesday,making note of the insane behavior by so called adults in today’s world. “If my grandfather were alive today and saw this- he would: 1) Question if winning WW2 was worth it, 2) Beg us to shoot him before he shot us. Is there anything else we can do to never grow up? Tomorrow we should all start sucking our thumb. Babies. An entire world of babies”, said Beck.

Many other people on Twitter have expressed similar thoughts expressing the concern that this is an example of the devolving of civilized society.

This strange trend with our neighbors to the East coupled with the childish behavior of so many Westerners today leaves a person to wonder – when will people grow up and find healthy ways to manage the struggles of life instead of attempting to shrink away from them by reverting back to babyish behavior? I am highly curious though… does the session include a juice box and reading from a children’s book like “Goldilocks and the Three Bears” or “The Communist Manifesto?

What is court-ordered rehab and how does it work?