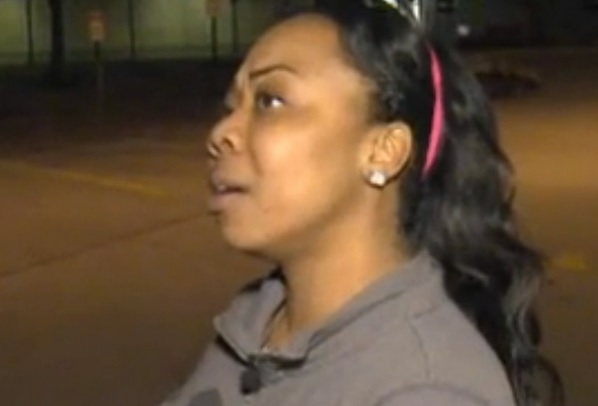 ST. LOUIS, MO. – Niakea Williams was lying in bed when she got a phone call from her son’s teacher. “Michael was panicking,” she told KMOV, and went on to explain her son suffers from Asperger’s syndrome. When she reached Walnut Grove elementary school last Thursday, she was buzzed in by school officials because she’s a recognized parent.

“I saw a teacher and she said, ‘Ms. Williams what is wrong?’ I said something is wrong with Mikey and proceeded to go straight to my son,” said Williams.

She went to his classroom and proceeded to comfort him when the school principal walked in. The principal informed Williams that she had violated school policy by not signing in. Williams explained that she had rushed in to check on her son and asked if they could bring her the book.

Apparently the principal had contacted Calverton Park Police and reported an “unauthorized entry to a school.” As if that wasn’t drastic enough, the school was also placed on lockdown for 12 minutes, and a letter was sent home to parents.

“They escorted me away from my son, who already has emotional distress. Four officers told me to turn around and put my hands behind my back, I was under arrest,” said Williams.

She was taken to the police station and charged with trespassing, even though she had just met with the principal the day before about a separate issue.

Williams is extremely upset with the school for handling the situation so badly. “I feel like today I got arrested for being a concerned parent of my child.”