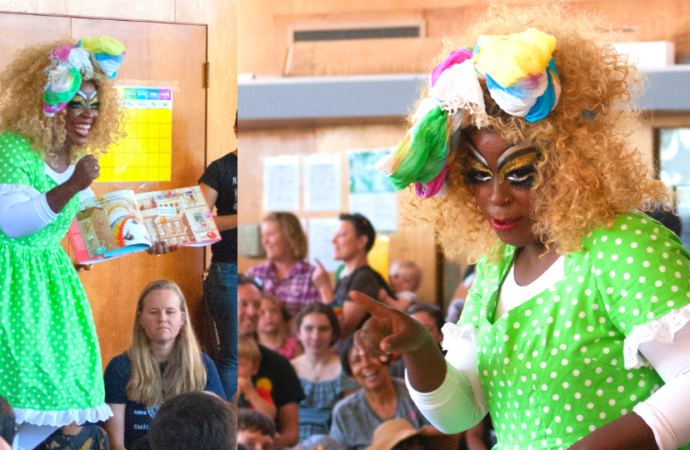 The Queens will march on the Missouri Capitol and the librarians will not be silent as the evangelical right rallies behind southwest Missouri Representative Ben Baker.

Since Representative Baker introduced his HB2044 Parental Oversight of Public Libraries Act, outrage has continued to grow, making national headlines. The bill would establish elected parental review boards to determine what library materials and events are appropriate for children. If librarians refuse to comply with the review board directives, they could be charged with a misdemeanor which carries a $500 fine and up to one year in prison.

While the bill is focused on monitoring age-appropriate material for children, Rep. Baker told the Kansas City Star that the legislation was a response to drag queen story hour events that have been held in St. Louis, Kansas City and St. Joseph libraries.

“In some places — St. Louis, Kansas City and I think St. (Joseph) — they’ve had these drag queen story hours and that’s something that I take objection to and I think a lot of parents do,” Baker, R-Neosho, said. “That’s where in a public space, our kids could be exposed to something that’s age-inappropriate. That’s what I’m trying to tackle.”

The response from the LGBTQ community was swift. Tanner Rambo, a Springfield promoter spoke with the KWOS Morning Show about a #DragProtest rally to be held at the Missouri Capitol on March 7th. He addressed the idea that children would be exposed to sexually inappropriate content:

“Even on a cruise ship, a standup comedian does one show at 9 p.m. that’s accessible for everyone. And then he or she does another show at midnight that’s only allowed to 18 and up. If you’re going to a nightclub in the middle of the night to see a show, chances are it’s adult-only content. Any kind of comment that these story hours are somehow involving nudity or in any way comparable to strippers, is just completely erroneous.”

Last week, Rep. Baker posted a picture of a card he had received on what appears to be St. Louis Public Library stationery. The sender wrote, “Dear Rep. Baker, Please just STOP it with your imbecilic proclivities. – All librarians in St. Louis City & County”

“The message posted by Representative Baker purporting to be a statement from our library was not written by the St. Louis Public Library. Our system would not send a disrespectful message to any government representative no matter how strongly we might disagree with proposed legislation. We support the widely distributed position of the Missouri Library Association, which I’ve attached below.”

Baker has reported receiving death threats as a result of filing HB2044.

He has also received an outpouring of support from his evangelical right base, including LifeSite News, which has created an online petition, Drag queens don’t belong in kids’ libraries – #IStandWithRepresentativeBaker. To date, the petition has reached nearly 19,000 signatures.

Another opposing petition has been created on MoveOn.org, calling for Representative Baker to be removed from the Missouri Secondary and Elementary Education Committee. It currently has 164 signatures.

Although the response from the LGBTQ community has been overwhelmingly negative, not all drag queens disagree with Representative Baker.

I completely agree with @demure_kitty. Thank you for having the courage to tell the truth. https://t.co/oLgSpWKiw7

Missouri HB2044 has not been asssigned to committee at this time.