Lawmakers in Michigan want to conduct a study to see just what level of THC (the psychoactive cannabinoid in marijuana) in someone’s bloodstream makes them too impaired to drive. They seek some sort of “magic number” that applies to all drivers and all cannabis users.

Michigan lawmakers are going to be disappointed in what they find. This is because their task is impossible.

The amount of THC in someone’s bloodstream in no way correlates to their ability to handle a motor vehicle. If two people both have 10 nanograms of THC in their blood their impairment level may be completely different. This is because impairment from cannabis depends on several factors.

The biggest factor is tolerance. Someone who smokes a ton of weed and has a high tolerance will likely drive better than someone who smoked a little bit of weed and has a low tolerance. Cannabis users, especially experienced ones, are usually aware of exactly how high they are and they adjust their behavior accordingly (there are exceptions to this rule of course, as there are in every group). Compare this to someone who is drunk; they usually have no conception of how drunk they are or how they are acting appears and effects other people.

This is not to say you should smoke a blunt and go jump in your car and hit the highway. The fact is that every cannabis user can get to a point where they are too impaired to drive. The issue is whether a blood test can determine that impairment.

A few years ago a TV station in Seattle conducted a test that better illustrates the effect of marijuana tolerance on driving:

Other factors that determine impairment are the quality of the cannabis and the way it’s ingested. For example, the effects of a cannabis edible can be much more pronounced and last longer than if someone just smoked a joint from the same plant.

The bottom line is that other means will have to be used to determine a driver’s impairment. A police officer observing someone’s driving and then administering some basic motor skills tests are good examples of this. While these methods can be subjective depending on the officer, it is certainly better than randomly picking a number for the amount of THC someone has in their blood, especially considering a regular cannabis user can have significant amounts of THC in their blood for days after ingesting cannabis.

Beyond that, impairment tests work the same whether someone is sleepy, stoned, drunk or strung out on pills or harder drugs. Instead of looking for some “magic number,” the Michigan legislature should be looking into ways to improve impairment testing and make it more uniform in its criteria. 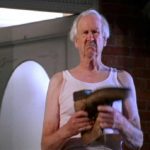 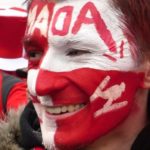