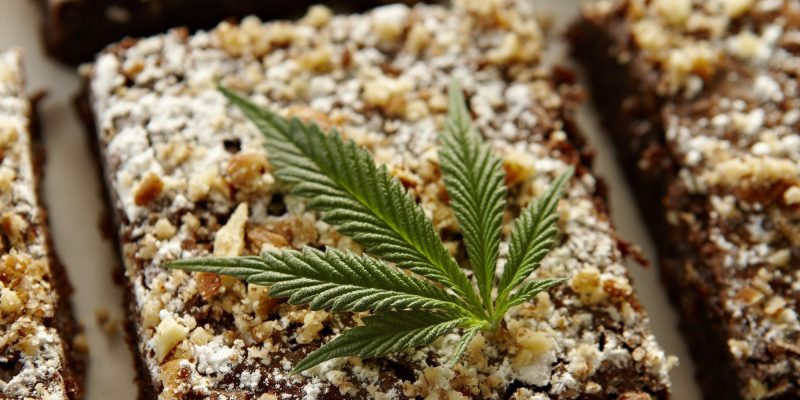 New, stricter, rules on the labeling of cannabis edibles have taken effect in Colorado after complaints from many that marijuana edibles look much like regular edibles and it’s hard for children to tell the difference.

Authorities in CO — one of four states that have legalized marijuana possession and use by adults for any reason — have come up with a new “universal symbol” that will not only be visible on edible packaging but will also be imprinted on the edible itself when possible: a diamond shape with the letters T-H-C emblazoned in the middle.

These new rules now join a host of others that regulate edibles in the state, including child-proof containers and warning labels.

Of course, many people are worried about children ingesting cannabis edibles, and that’s a valid concern.

These are small numbers statistically, but when it’s your child, you don’t care much about stats.

It is important to note, however, that other products that may be harmful to children don’t come with similar labeling, like wine coolers that look like juice and vodka that tastes like candy. In some cases, we assume a certain level of adult responsibility when it comes to overseeing children. It seems that level is not enough when it comes to marijuana edibles, as seen in this graphic from marijuana columnist and radio host Russ Belville: 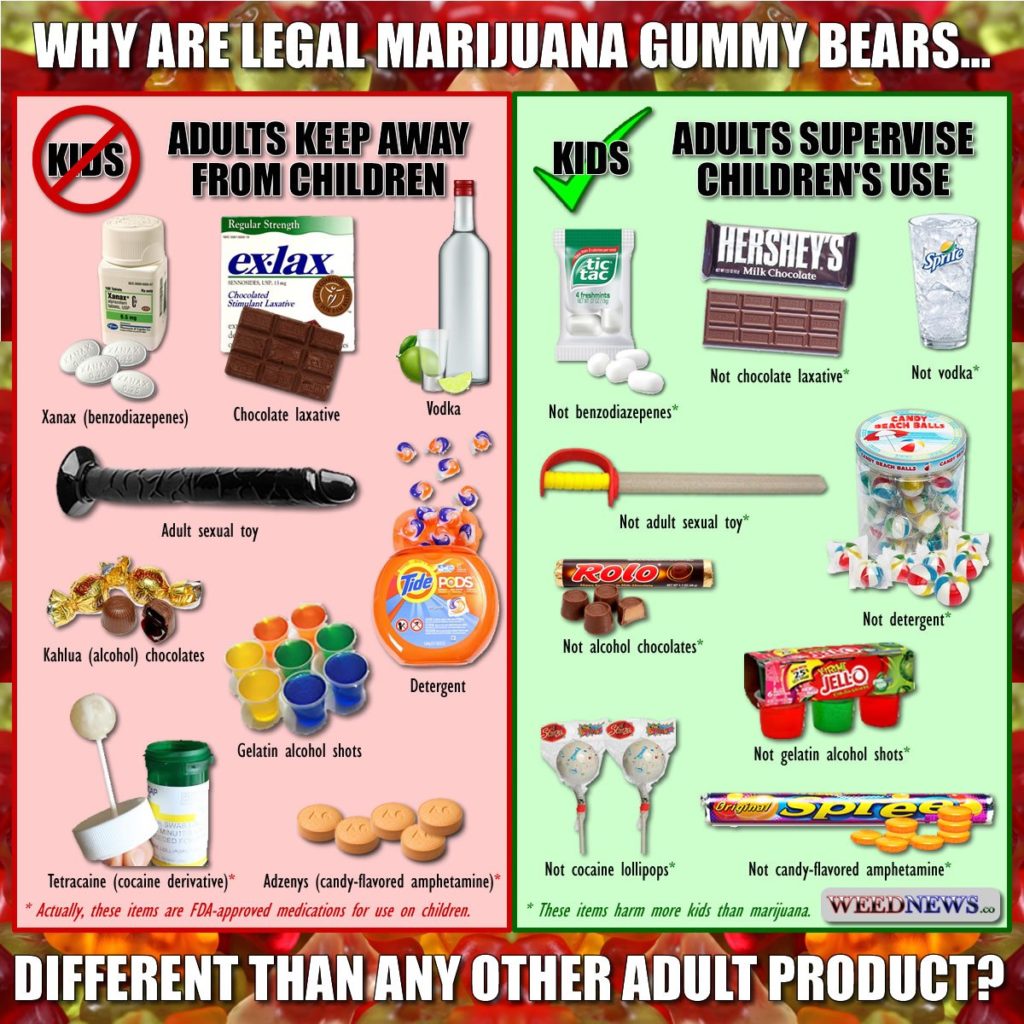 As much talk as there is about legal cannabis being treated like alcohol, we all know it’s not going to be. There is a stigma that surrounds marijuana in the minds of many that simply does not exist when it comes to alcohol. Is that fair? No. Will it be one of the prices paid for getting government permission to legalize a plant that should have never been deemed illegal in the first place? Probably.

So businesses will have to spend even more money complying with more government regulations just for the special privilege of selling things to people that they weren’t allowed to sell for decades. The government will dictate every step of the process, from grow to sale, then take their cut as well. And they reserve the right to change any rule at any time for any reason.

While legalization is very much preferable over people going to jail, it’s not really something that can filed under the category of “freedom.” But that can be said about many things in the United States today.

Maybe it’s the best that can be hoped for in this day and age.

Marijuana Legalization and The Crisis of Clemency in Missouri