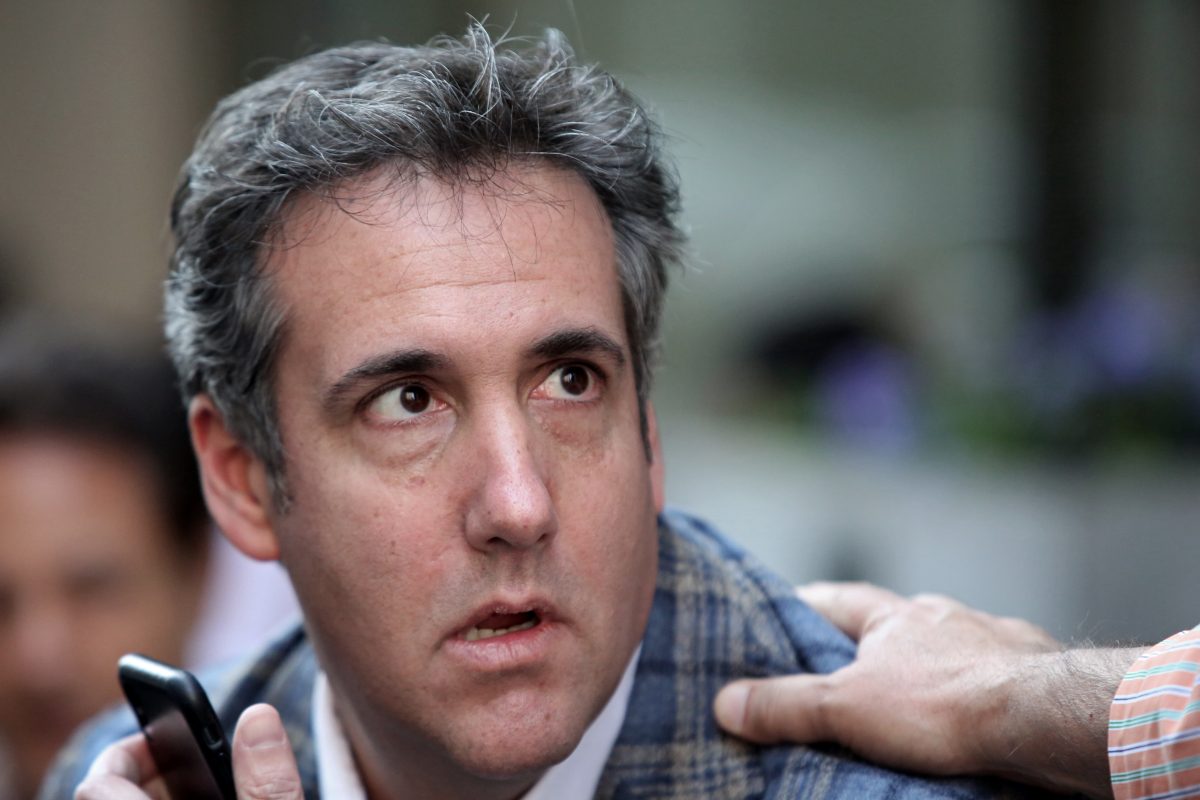 Michael Cohen, the former personal attorney for Donald Trump, was sentenced to three years in prison by a judge in New York on Wednesday.

The sentence, handed down by U.S. District Court Judge William Pauley, is lower than prosecutors’ recommendation that the longtime Trump fixer receive slightly less than between 51 and 63 months in prison.

Pauley cited a “smorgasbord” of Cohen crimes before announcing the jail term.

Cohen paid Daniels $130,000, he claims at the direction and in coordination with Trump. Legal analysts have debated for days whether Trump is in legal jeopardy, with some observers saying that he could be impeached or even indicted after leaving office.

Cohen created shell companies both to avoid paying taxes on his taxi business as well as to make the payment to Daniels.

Trump defended the payment on Tuesday, telling Reuters that he did not view it as a campaign contribution.

“Michael Cohen is a lawyer. I assume he would know what he’s doing,” he said in an Oval Office interview.

Speaking to the court before his sentence was issued, Cohen largely avoided addressing tax evasion and bank fraud, focusing instead on Trump’s “dirty deeds.”

Cohen asserted that his “blind loyalty” to Trump led him to commit many of his crimes.

“Today is the day that I am getting my freedom back,” Cohen said, according to reporters in the courtroom.

“I have been living in a personal and mental incarceration ever since the day that I accepted the offer to work for a real estate mogul whose business acumen that I deeply admired.”

Prosecutors with both the New York office and the special counsel spoke ahead of sentencing.

Cohen pleaded guilty in the special counsel’s probe on Nov. 30, admitting that he lied to Congress last year about the extent of his efforts to build a Trump Tower Moscow.

Cohen’s attorneys on Nov. 30 asked for a sentence of time served, citing Cohen’s cooperation with prosecutors in New York, the special counsel’s office and the New York Attorney General’s office.

New York prosecutors sought a much tougher sentence, recommending that Cohen serve around three-and-a-half years in prison. They claimed that Cohen has engaged in a “pattern of deception” for years and provided much less assistance to their office than he claimed in his court filing.

Special Counsel Robert Mueller did not seek additional prison time for Cohen, asserting that the former Trump fixer could serve any sentence in that case concurrently with the New York sentence.

Cohen appears to have cooperated more with Mueller’s team than with prosecutors in New York.

The Mueller’s team noted that Cohen made false statements about his work on Trump Tower Moscow in his first proffer session on Aug. 7, he corrected the record in an interview on Sept. 12.

Cohen eventually provided the special counsel “with useful information concerning certain discrete Russia-related matters core to its investigation that he obtained by virtue of his regular contact with Company executives during the campaign.”

It remains unclear what information Cohen provided on any links between the Russian government and Trump campaign. Cohen has not been accused in either case of working with Russians to interfere in the 2016 election.

California Wants To Tax Your Texts