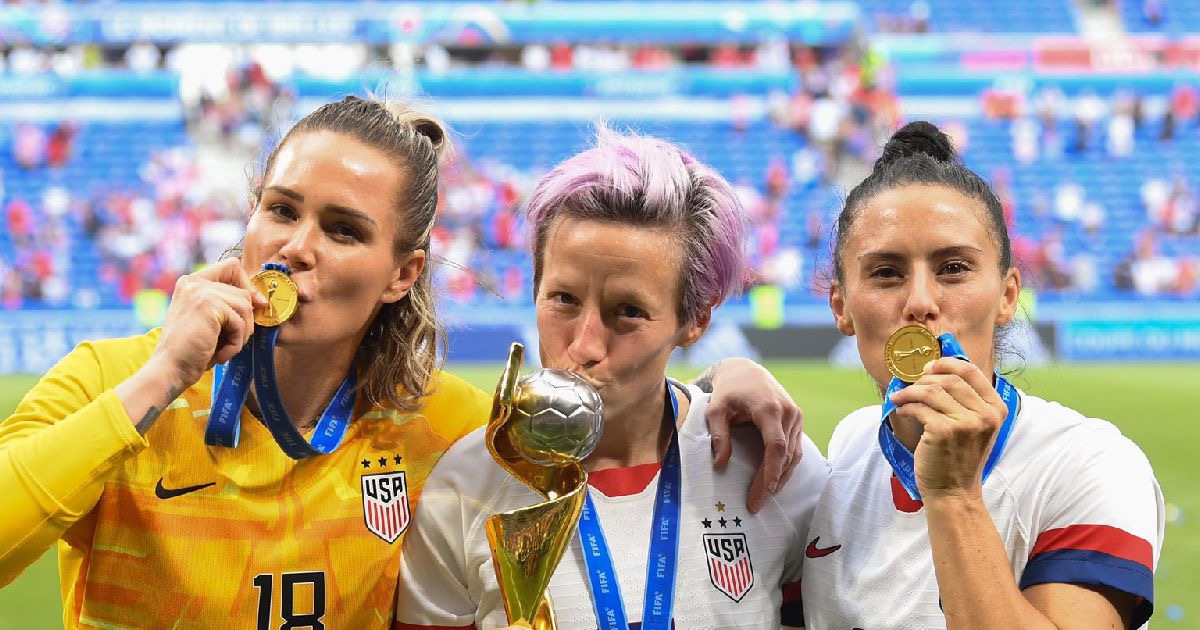 Equal pay for women has been a roaring issue during the Women’s World Cup, reaching its peak when, during the U.S. women’s national team’s victory parade, fans began chanting “e-qual pay”to the same rhythm as the ever-popular “U-S-A.” This is nothing new. WNBA players have been demanding equal pay to their male counterparts for years, despite the fact that every team in the NBA is valued at over $1 billion while the entire WNBA has lost at least $10 million every year since its inaugural season. This is untrue. Meritocracy is not the answer.

The Men’s World Cup generated north of $6,000,000,000 of revenue in 2018, while the Women’s World Cup generated only $131,000,000 in 2019,  just over two percent of the men’s revenue. Wait, but the women’s victory payment was 10 percent that of their male counterparts. So women, in terms of percentage of revenue, earned more than men. At first glance it’s unfair in favor of the men, it seems it is actually unfair against men. We may be tempted to say that Megan Rapinoe does not understand economics.

On Wednesday morning, Megan Rapinoe appeared on CNN and was asked what fans could do to support equal pay. The answer most were probably expecting is along the lines of “Go to your local congressman or congresswoman” or “Keep fighting and never give up” — you know, the typical athlete-activist answers. Rapinoe’s answer was nothing of the sort. She responded:

Fans can come to games. Obviously, the national team games will be a hot ticket, but we have nine teams in the NWSL. You can go to your league games, you can support that way. You can buy players’ jerseys, you can lend support in that way, you can tell your friends about it, you can become season ticket-holders. I think in terms of that, that’s the easiest way for fans to get involved.

So, when asked about how fans can support the fight for equal pay, Rapinoe basically said that fans could pay them more. In other words, the answer is market and promotion. Rapinoe implicitly understands that she is being paid her market value, and she obviously understands how the market operates in women’s soccer. So why is she leading a political movement at all? This is perplexing, to say the least. Now, it appears that Rapinoe actually does understand economics, she is just choosing to ignore it in favor of pushing a political agenda.

The U.S. women’s national soccer team has done the incredible. Back-to-back World Cups is no small feat, and the entire country should have enormous pride in what the team has done. Sadly, the victory has been overshadowed by politics, as it should have nothing to do with politics at all.

Why can’t we talk about their accomplishments without the mention of equal pay or gender inequality? Players like Rapinoe should not pick and choose when to think economically and when not to, and there is no reason for any of this nonsense to shroud the incredible accomplishments of the women’s national team.

The market will always be in effect.

Common Roots: A Journey From Statism to Libertarianism (Part I)

Is online gambling legal in the USA in 2019?