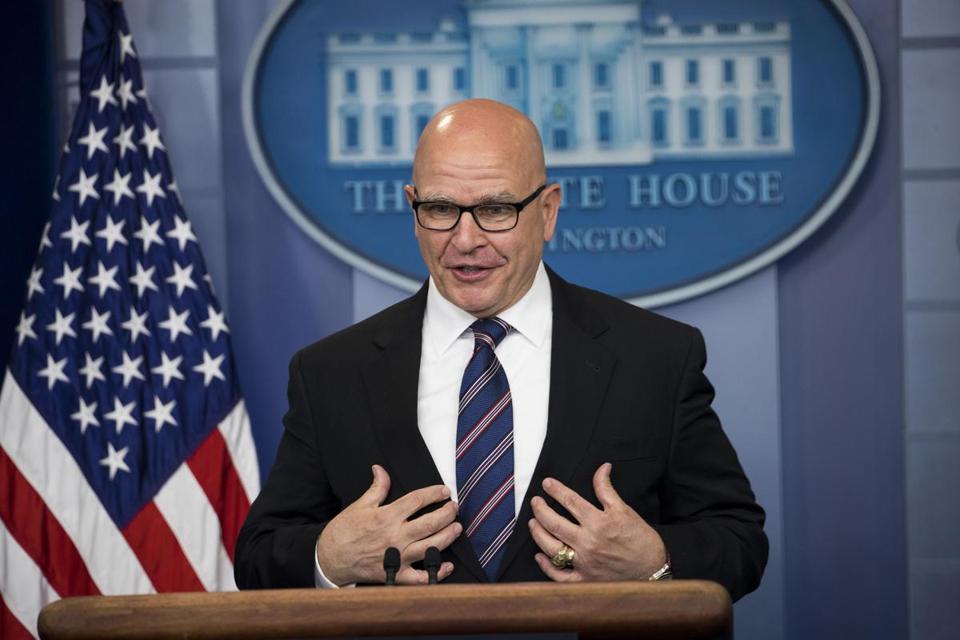 National Security Advisor H.R. McMaster cast blame for the dire current situation in Afghanistan on the previous administration’s handling of the war effort, while speaking at a Center for New American Security conference Wednesday.

The national security advisor’s comments came during an answer to a question as to how increasing the number of U.S. troops in Afghanistan can change the tide of the war. McMaster pointed to former President Barack Obama’s “precipitous withdrawal” from Iraq and subsequent development of the Islamic State as an example of what the Trump administration intended not to do in Afghanistan.

The Taliban have made unprecedented gains across Afghanistan since the end of the U.S. combat mission in 2014, controlling nearly a third of the population. The U.S. backed Afghan National Security Forces have borne massive casualties in the last two years of fighting and continue to suffer from major systematic problems.

Secretary of Defense James Mattis, wielding authority granted to him by President Donald Trump, is reportedly considering increasing the number of U.S. troops in Afghanistan by at least a few thousand more. Pentagon officials point to the worsening state of the Afghan National Security Forces and say that the additional trainers may be able to turn the tide of the war.

“What we require is an effort to support them better,” McMaster said regarding any troop increase.

“I think what the Taliban … have taken advantage of are disconnects between what we’re doing militarily and what we’re trying to achieve politically,” McMaster explained. “Saying to the Taliban … ‘Let’s talk with you about some sort of political resolution to this conflict, but we’re leaving,’ I mean how does that work?”

McMaster added that delivering a message of desired political reconciliation to the Taliban makes little sense while the group is achieving battle victories. McMaster alluded that these victories came “because we disengaged from the conflict prematurely.”

Obama ended the U.S. combat mission in 2014 and severely restricted the U.S. rules of engagement. The Taliban flourished in this environment while the U.S. and Afghan governments tried to push the insurgent group to the negotiating table. The group ignored the demands and continued its successful military push across the country.

McMaster emphasized the need to conjoin U.S. military and political strategy to reach the desired result. McMaster’s comments echo Mattis’s previous pledge that any U.S. troop increase in Afghanistan will be paired with a broader regional strategy to force the Taliban to the negotiating table with the government and enter the Afghan political process.

Do Christian Bakers Own Their Bodies Too?